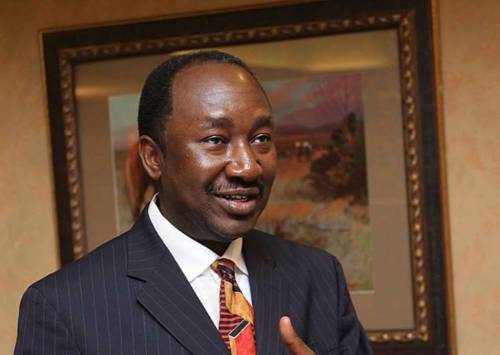 “You may remember I got criticized for calling Putin a war criminal. Well, the truth of the matter, you saw what happened in Bucha … he is a war criminal.” Those heavy words came from U.S President Joe Biden on Monday  April 4, 2022, against Russian President Vladimir Putin. Biden called for the collation of materials: “We have to gather all the detail so this can be an actual… war crime trial.”

As the first weekend of April 2022 was closing, Biden saw the pictures, videos and possibly watched the CBS ‘60 Minutes’ report from inside Ukraine by its seasoned correspondent Scott Pelley. ’60 Minutes’ remains, for decades, the foremost  newsmagazine broadcast in the United States. Millions of families watch it, almost every Sunday.  For this past Sunday of April 3, 2022, Pelley delivered in greater detail, some of the chilling images of civilian massacres, mass graves and horrific crimes of war littered across the Ukrainian city called Bucha. It’s in a suburb of Kyiv, the capital of Ukraine.

The United States and its allies are reportedly assessing evidences of the murderous visitations from the Russian armed forces (possibly accompanied by its “contractors” and mercenaries) to Bucha.

The Russian government has tried to minimize what happened in Bucha but those digital, 247 satellite recordings of earthscape, demographic profiles of locales, cities, countries, movements never go to sleep, in these times. Putin can control virtually anything broadcast and printed on the Russian multimedia. But he cannot control the unblinking eyes of the satellites orbiting the earth and other planets. The information they capture are unimaginable and, sometimes, available to those who can afford it.

Everyday, since Thursday, February 24, 2022, when the superpower republic of Russia began its latest invasion of its smaller, historically-related neighbor Ukraine, Putin’s troops inflict milestones of tears, deep sorrow, indelible marks of bloodshed and awful environmental decimation of a beautiful country.

As a student of history, political science and power, I think that the autocratic leader of Russia, Vladimir Putin, believes that he can, literally, bomb and burn to ashes the collective soul and  national psyche-set of the traumatized peoples of Ukraine.
Although, metaphorically, at the end of the day, or should I say, the day after tomorrow, he will fail — like many other rulers before him who brought wars in their quests to impose their fevered imaginations of their countries’ ancient grandeur, in their pursuit of the restoration of some nostalgic past and realization of an expansionist sense of empire.

The facts of the situation are that the Russian contingent of armed forces and mercenaries acting, brutally, on the orders of President Putin have done a lot of damage.They are likely to do more; maybe worse!

After all, Putin has the brutal range and capacity to pound Ukraine until the courageous Ukrainians beg for remedial ceasefire and cessation of the Russian assault!

There are “rules of engagement” which forbid certain levels of violence, such as deliberate attacks and starvation of civilian populations, deliberate attacks on children, and other vicious, genocidal actions. It is no longer acceptable to the international community, humanitarian and legal conventions for war leaders to target hospitals and medical facilities. This Russian invasion has done those, repeatedly! Their actions are sickening to millions of people around the world especially in the African continent because they evoke reminders (not equivalencies) of some of the genocidal slaughter and starvation of the Igbo/Biafrans 1967-1970 in Nigeria.

The sheer callousness of their indiscriminate missile attacks, shellings and waste of human lives which seem to be the basic operating methods of engagement for Mr. Putin’s troops have led to their committing atrocities and mayhem and unforgettable crimes across Ukraine.

The incendiary heap of metal, cement, dead bodies of Ukrainians constitute a level of visual vulgarity which assault the sensibilities and spirit of decent people. By their own multiple delivery of missile and bomb packages, the Russians’ deliberately inflict ghoulish destruction of almost every major city. They have bombed most of the high-rise residential apartments into visually haunting, skeletal apparitions….

In my March 17, 2022 commentary published on USAfricaonline.com titled Zelensky, Biden, Putin and the road to war-crimes, I cautioned that President Putin’s army and mercenaries were galloping very aggressively to the highways and alleys of potential war crimes.
https://usafricaonline.com/2022/03/17/zelensky-biden-putin-and-the-road-to-war-crimes-by-chido-nwangwu/

It has become clear to the world that Putin’s war has  blooded and brutalized the individual and collective spirit of Ukrainians. Regardless, they remain unbowed! But, for how long?

Consequently, I’ve wondered what else the leaders of the north American and European continents are waiting for to, decisively, halt this violent obscenity and morally outrageous tactics and strategy of bombing Ukraine back to the Stone Age  — carried out on Putin’s order!
————
*Dr. Chido Nwangwu, the author of the forthcoming 2022 book, MLK, Mandela & Achebe: Power, Leadership and Identity, serves as Founder & Publisher of the first African-owned, U.S-based newspaper on the internet, USAfricaonline.com, and established USAfrica in 1992 in Houston. He has appeared as analyst on CNN, SKYnews, VOA, BET news, SABC, and served as an adviser on Africa business to Houston’s former Mayor Lee Brown. @Chido247
———