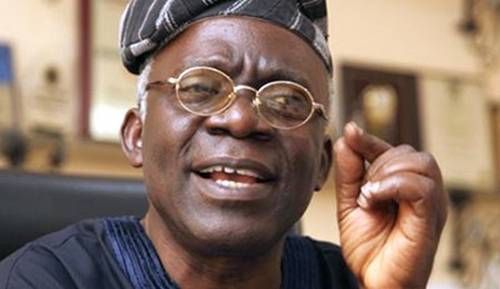 A few days ago, it was reported that the Chairman of the Independent National Electoral Commission, Professor Mahmoud, was going to contest for the office of the President under the All Progressives Congress (APC). At about the same time, it was reported that a group of farmers had paid for and obtained the  nomination form of the APC to enable the Governor of the Central Bank of Nigeria, Mr. Godwin Emefiele,  to participate in the presidential primary election of the APC scheduled to hold later this month.  In a prompt denial of the news report, the INEC stated: “The Chairman remains an umpire committed to free, fair and credible elections. His constitutional responsibilities as the Chief Electoral Commissioner of the Federation and Returning Officer for the presidential election are onerous enough for him to even contemplate straying into extraneous matters at variance with the law, morality and his personal principles. The chairman will continue to discharge his responsibilities without affection for, or ill-will against, any political party or candidate.”

Unlike the INEC Chairman, the CBN Governor, Mr.  Emefiele, claimed to have registered as a member of the ruling party in a ward in Delta State, about three months ago. Notwithstanding the nationwide disapproval of  his involvement in politics Mr. Emefiele has rushed to the Federal High Court to seek the authorisation  to contest the presidential primary election of the ruling party without relinquishing the post of the Governor of the CBN. The ground of the legal gamble is that as a political appointee he is not affected by section 84(12) of the Electoral Act 2022. By seeking the relief, the Plaintiff wants the Federal High Court to confirm the decision of  the Umuahia Judicial Division of the Federal High Court on the subject matter.

Nigerians have been wondering whether the Chief Justice of Nigeria, the Inspector-General of Police, service chiefs and heads of security agencies can become members of political parties and contest elections and thereby destroy the independence and impartiality of the public institutions headed by them. More so, an institution like CBN which warehouses the ballot papers and other sensitive materials of the INEC. Incidentally, both the Court of Appeal and the Supreme Court have insisted on the independence and impartiality of electoral bodies and security agencies in the management of elections in Nigeria.  Thus, in the case of Olusegun Agagu & Ors v Olusegun Mimiko & Ors (2010) 32 WRN 16, the Court of Appeal criticized the Nigeria Police Force and the Independent National Electoral Commission for displaying bias during the 2007 Ondo State Governorship Election. The Justices of the Court unanimously held:

“The only appeal outstanding for consideration is that of the second Respondent/Appellant who can really claim to be an aggrieved party. The other Appellants are nominal parties who have no stake as to the outcome of the appeal. It is none of their business to decide the person whom the electorates elect and consequently declared by the Court to be the winner and person returned. The primary functions of these purported Appellants are to ensure that there is fairness and security at the election. Public policy demands that the two institutions do not descend into the arena, and theirs is to tend the rope in the interest of peace and stability in the land, thus, they should learn to remain neutral and strive to attain the aura of neutrality bestowed on them by the Constitution of the Federal Republic of Nigeria. I commend to these Appellants the attitude of the Nigerian Army and the Nigerian Navy, who were equally joined as Respondents, but did not enter the fray to further complicate proceedings that were already complicated.”

“The 2nd and the 3rd appellants in this matter are the Inspector General of Police and the Independent National Electoral Commission (INEC). The office of the Inspector General of Police is a creation of the 1999 Constitution. The Nigeria Police Force is also a creation of the 1999 Constitution. See Section 214 of the 1999 Constitution. Also, by the force of the said 1999 Constitution, the Nigeria Police Force shall and is under the command of the Inspector General of Police. The primary duty; indeed the most fundamental duty of the Nigeria Police Force is the maintenance and securing of public safety and public order within the country. In the performance of its duty, the Nigeria Police Force must manifestly demonstrate impartiality; it must not lean to one side against the other; it must be apolitical. It must not take part in any disputation, which has political coloration. These qualities are sine qua non to the enhancement of public respectability to it. The appeal filed by the 2nd respondent (The Inspector General of Police) does the Nigeria Police Force no credit; it paints a picture of partiality by the Force. Also the Independent National Electoral Commission (INEC) by its statutory existence is an independent body with constitutional powers to conduct elections in Nigeria. It must not only be an umpire, it must be seen, in the eyes of reasonable men, to be an impartial umpire in the conduct of an election. INEC must never by act of omission or commission place itself in a position where imputations of partiality in favour of one party against another one will be levelled against it.

“Neutrality must be the watchword of the body – it must always remain fair and focused. Having regard to the nature of the function which the Nigeria Police Force also performs, that body must also insulate itself such that impartiality and fairness may at all times be ascribed to it. A situation where both of them (the Inspector General of Police and the Independent National Electoral Commission, INEC) appeal in the instant case is very much in bad taste. They have both thrown the quality of impartiality and fairness, which they must possess to the winds. Their acts are capable of eroding the public confidence in them. Unknown to them, they may be said, by the public, to be biased and therefore not worthy to be regarded as impartial umpires. This trend must not repeat itself for the good of the nation. It is a sour taste.”

In the past few weeks, some Ministers made a mockery of the neutrality and impartiality of the institutions headed by them by purchasing the outrageous nomination forms of the APC and abandoning their office to campaign as presidential aspirants. In the process, they engaged in gross abuse of office. In Lagos City Council v Ogunbiyi, (1969), All NLR 297, 299, Ademola, CJN, stated that: “Abuse of office is use of power to achieve ends other than those for which power was granted for example for personal gain to show undue favour to another or wreak vengeance on an opponent to mention but a few.”

Even though belatedly, President Buhari has asked such Ministers to resign their appointments. The Governor of the Central Bank of Nigeria, Mr. Godwin Emefiele, has abused his office much more than the former Ministers. Since it has been confirmed that he has become a registered member of the All Progressives Congress (APC), INEC has expressed fear that the sensitive materials kept in the Bank might be compromised. Apart from undermining the commitment of the INEC to conduct a credible election in 2023 the involvement of Mr. Emefiele in partisan politics is going to further sabotage the economy under his watch. President Buhari should sack Mr. Emefiele without any further delay.