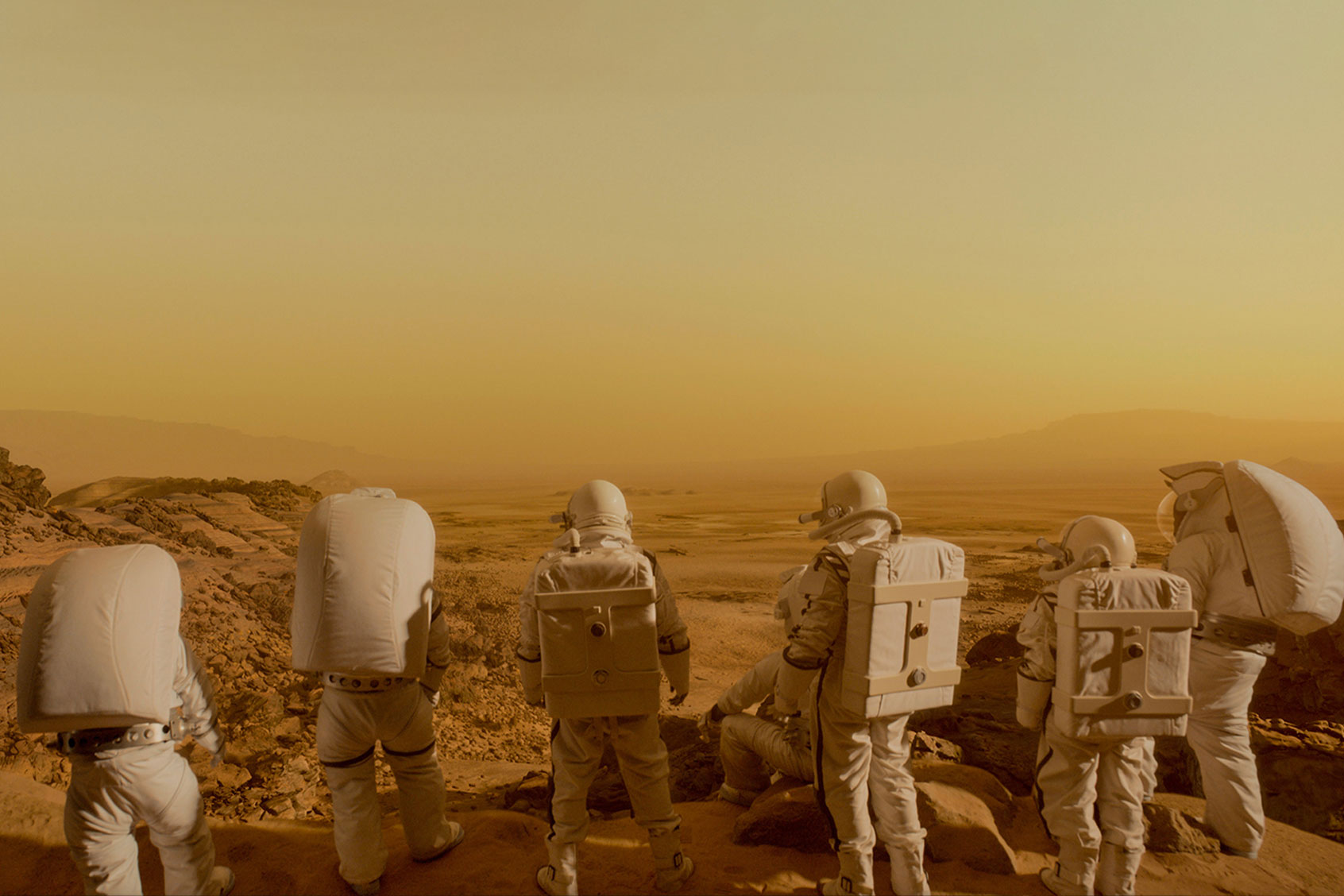 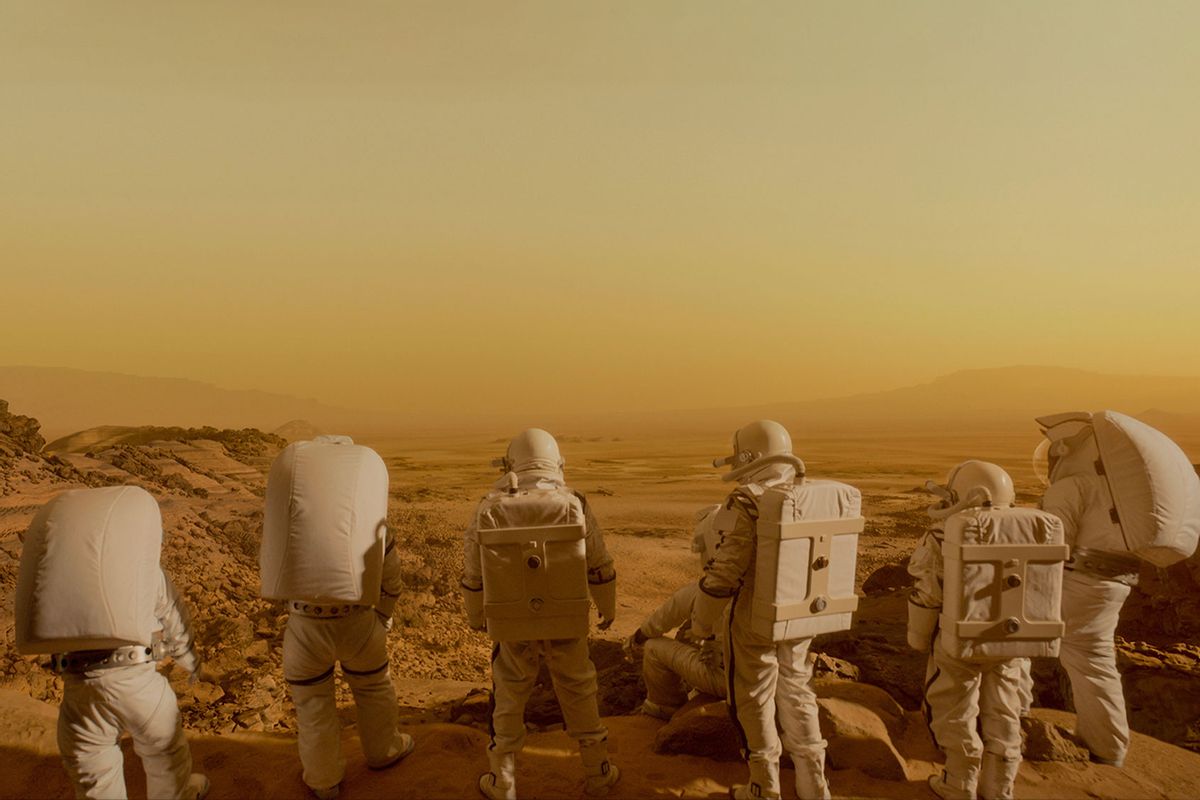 In the new summer novel “The Peacekeeper,” writer B.L. Blanchard, an enrolled member of the Sault Ste. Maria Tribe of Chippewa Indians, envisions a North America that was never colonized by white Europeans. Indigenous people still have their land, and the U.S. and Canada never existed. Police don’t exist, either.

Alternative history, a genre of speculative fiction where certain historical events happen differently from how they did in real life, is an evocative place to set a story. TV shows from “The Man in the High Castle,” based on the Philip K. Dick novel where the Axis powers win World War II, to “Motherland: Fort Salem,” where witches are part of the American military, have made use of this device.

The Apple TV + series “For All Mankind” is a stunning example. In the show, now entering its third season, cosmonauts – not U.S. astronauts – reach the moon first. And that’s only the beginning of the tweaks, huge and small, to actual history that propel the very character-based story like rocket launchers. In the eight episodes given for review of the new season, there’s also a quasi-villain who seems all too real – and familiar.

“For All Mankind,” created and written by Ronald D. Moore, Matt Wolpert and Ben Nedivi, asks big questions like: what if the space race with the USSR never ended? What if we colonized the moon? What if a woman, a former astronaut and a Republican, hiding who she really is to fulfill her dreams, ran for the nation’s highest office?

Like Ross Perot jumping into the 1992 presidential campaign, we have a third and incredibly well-funded entry into the space race, to compete with NASA and the Russians.

As the third season begins, both the U.S. and the USSR (here we go again) are eyeing Mars. Aging, cranky astronaut Ed Baldwin (Joel Kinnaman) is hoping to be chosen to lead the first manned mission to the Red Planet, as is astronaut Danielle Poole (the luminous and likable Krys Marshall). “For All Mankind” always jumps ahead in time, which is fun for historical events but must not be fun for the makeup department. Characters are supposed to have aged but most look like they’re in makeup and wigs for a high school play.

The show is also not shy about killing off characters. I’m still a little heartsore about two big deaths in the last season, which not only ended the compelling storylines of a couple of leading, complex characters, but did so in a graphic way the series chose to show viscerally. In the third season, many characters (like me) are still reeling from the deaths, including Casey W. Johnson as Danny, an astronaut who, despite his young age, is monumentally annoying as is his storyline from last season. Barely more than a teen, he had an affair with the much-older Karen Baldwin (Shantel VanSanten), Ed’s then-wife. Unfortunately the show has chosen not to drop this ill-advised, queasy subplot, but lean into it this season. Fortunately, there’s still a lot more going on.

This being “For All Mankind,” we’re going to have more death. Like Ross Perot jumping into the 1992 presidential campaign, we have a third and incredibly well-funded entry into the space race, to compete with NASA and the Russians: a private company known as Helios, which lets rich people go into space on vacation.

Kelly works for Helios now. She’s rich because of it, as she helped start the company along with Dev Ayesa (Edi Gathegi). Described by The Hollywood Reporter as a “charismatic visionary,” he’s our Elon Muck stand-in, except . . . charismatic? Dev, as what passes for the season’s villain (other than time, mechanical failure and gravity), is predictably egotistical. He dreams big, yells bigger and is determined to get to Mars first, no matter the cost, including a human one. Helios’ space suits look like puffy Amazon Prime delivery drivers, so maybe there’s a bit of Jeff Bezos thrown in there too.

The show has learned from the mistakes of its first season, which had a very slow start. The initial episode of the current season feels as heart-pumping as a blockbuster action movie: “The Poseidon Adventure” in space, and the season has more than one extreme adventure storyline up its puffy, pressurized sleeve. “For All Mankind” does this kind of thing really well, plus it looks great doing it, with CGI that is actually breathtaking.

For all its visually stunning, tense action sequences, “For All Mankind” is a people-powered show: how the characters navigate not only the stars, but, to paraphrase Kate Bush, the constellation of their hearts. An American scientist falls in love with a Russian (she’s not the only one). Ed is stuck in a space with the increasingly unhinged man who basically caused his marriage to end.

Back home, Karen, the former astronaut’s wife, tries to comfort a current wife, and we watch the dark skies and wait for any news on the latest calamity the astronauts have gotten themselves into. That’s the thing about space — about history, real and imagined, and about love: there are plenty of jams.

“For All Mankind“ season 3 is now streaming on Apple + TV. Watch the trailer via YouTube here:

Alex Jones says CIA told him Obama was secret fan: “Obama likes you; he cares about you”