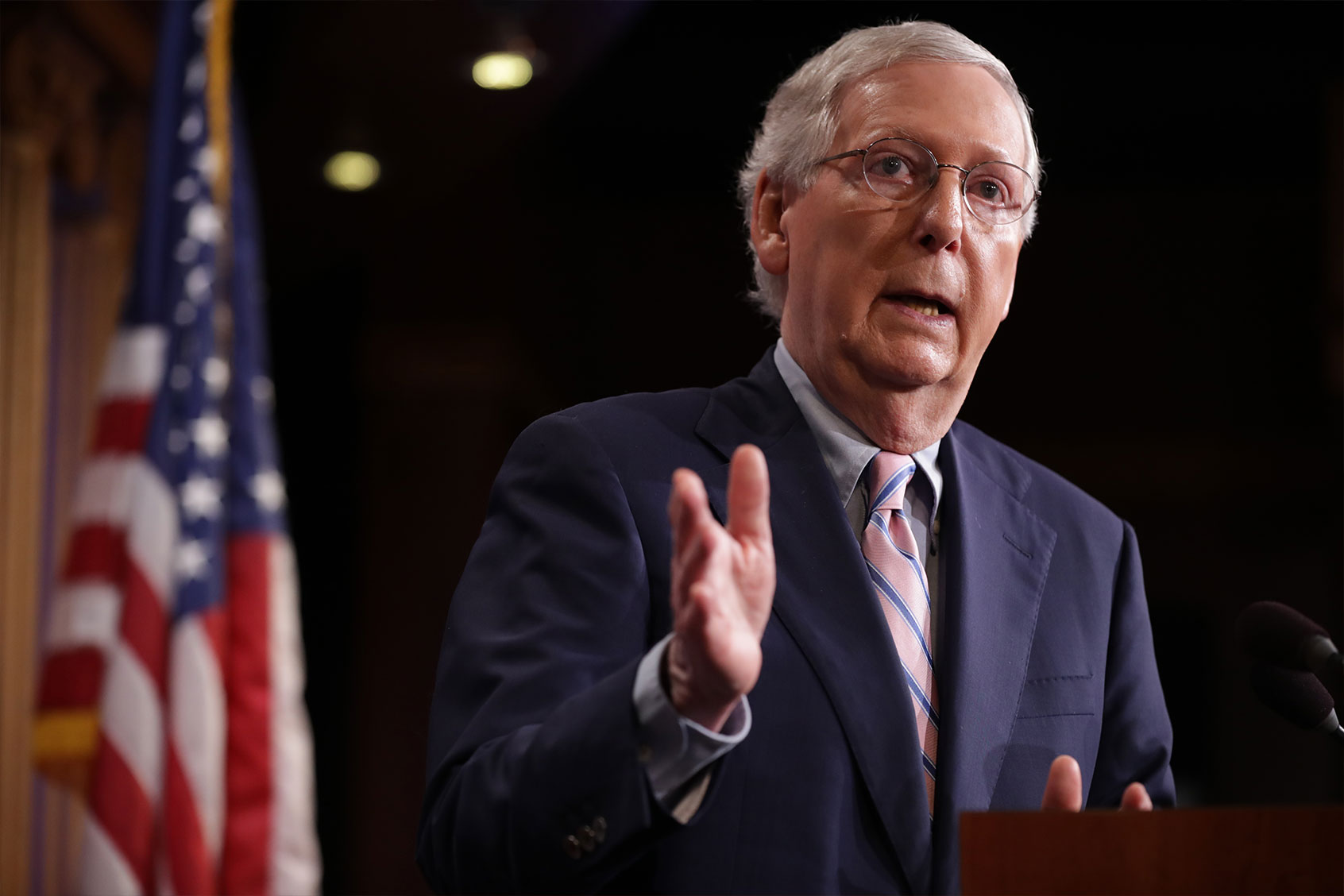 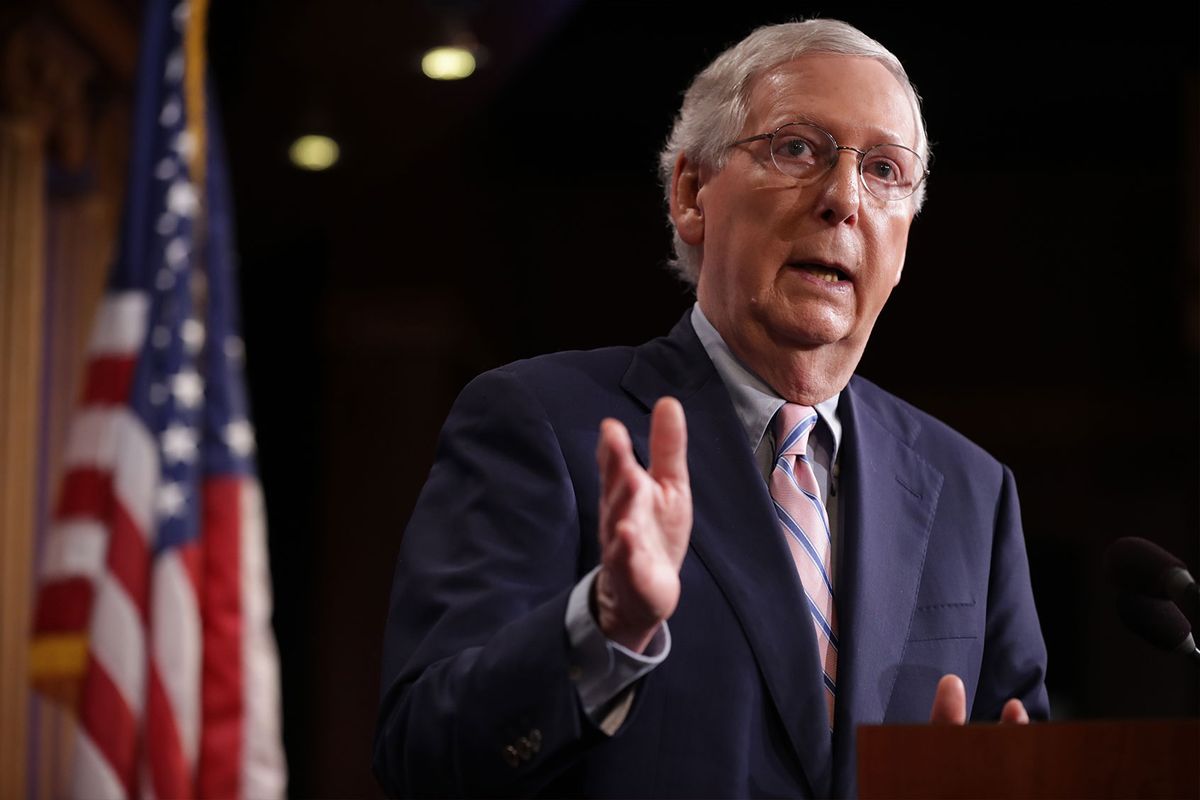 As millions of Americans buckle under the weight of record-breaking inflation, Republicans in Congress have remained adamant that President Biden, or rather “Bidenflation,” is the main culprit of price increases across the board, dismissing concerns of corporate profiteering out of hand. But a new analysis reveals that Republicans are collecting millions of dollars in donations from the very corporations under scrutiny, calling into question the party’s ability to honestly assess just what’s causing prices to soar.

According to an Accountable.US report exclusively obtained by Salon, three Republican senators and fifteen members of the House GOP caucus have raked in at least $5,709,425 from corporations that have used inflation as a pretext for jacking up prices.

“Corporate profits were the highest they were last year, and you have the Republican caucus in the Senate and the House basically trying to give them a pass,” said Tony Carrk, Executive Director of Accountable.US.

In a press release last month, the Senate minority leader, who did not respond to Salon’s request for comment, accused Democrats of “gaslighting” the American public for blaming inflation on price gouging, calling the Democratic narrative “left spin” designed to distract from what he perceives to be Biden’s profligate fiscal spending.

But many of McConnell’s own corporate benefactors, including Kroger and J&J, have openly bragged about hiking prices in investor calls, celebrating inflation as a unique opportunity to pass along costs to their customers.

“We’ve been very comfortable with our ability to pass on the increases that we’ve seen at this point,” Kroger CFO Gary Millerchip told investors back in October. “And we would expect that to continue to be the case.”

In a similar vein, J&J CEO Joaquin Duato reportedly told investors that the need to “address suffering and death” amid the pandemic should be a sign of “optimism” and “opportunity,” suggesting that the company’s price increases were driven by an impulse to expand profit margins.

RELATED: Giant food producers are profiteering off inflation – and bragging about it too

But these public remarks do not appear to have any register with Republican lawmakers, many of whom continue to exonerate big business while lining their campaign coffers with corporate cash.

Sen. Roy Blunt, R-Mo., for instance, took in at least $946,000 last year from goliaths like Walmart, General Motors, Pfizer, and UnitedHealth Group. The Missouri Republican’s wife, who serves as Kraft Heinz’s strategic advisor on government affairs, also owns at least $250,000 worth of her own employer’s stock, according to a separate Accountable.US report shared with Salon.

During the same year that Blunt collected thousands from Pfizer, the company hiked the cost of 125 drugs in its product line, including the company’s pneumonia vaccine (up 6.9%), a breast cancer medication (up 6.9%), and a drug for people with heart disease (up 6%). To boot, this year, Kraft Heinz plans to increase the price of some of its products by as much as 30% even though the company saw strong profits in 2021.

But Blunt, for his part, has repeatedly dismissed any accusations of consumer exploitation, suggesting that the Democrats’ narrative around inflation is a work of “fiction.”

“Americans know the truth,” Blunt claimed in a press release published four days before McConnell’s. “Oversized government spending fueled this crisis, and reckless government spending, designed to hide costs instead of lowering them, will not solve it.”

Sen. Pat Toomey, R-Penn., has also taken a similar party line, claiming that the Democrats have “shifted their blame to greedy corporations” – from which he incidentally collected $382,500 worth of campaign contributions throughout 2021.

Apart from those donations, Toomey also owns $50,000 equity stakes in both Apartment Income REIT Corp, a real estate investment trust, and utility giant PPL Corporation – both of which raised rents and utility rates respectively in 2021.

RELATED: Bernie Sanders to hold hearing on how “corporate greed and profiteering” are fueling inflation

But while that narrative might be popular within the GOP, it doesn’t at all cohere with firm-level and aggregate economic data, said Lindsey Owens, Executive Director at Groundwork.

“There are multiple kinds of candidate explanations for why prices are rising. All of them are true. All of them are contributing to a multifactorial problem,” Owens told Salon in an interview. Supply chain shortages, she said, have driven the cost of manufacturing and distribution up. Corporate consolidation and deregulation have also eliminated market competition, making consumers more vulnerable to monopolistic pricing. All of these factors, of course, predate the Biden administration. But when it comes to corporate profiteering, she said, the evidence is crystal clear.

“They tell investors every quarter our pricing actions more than offset our [cost of goods sold]. They’re passing along the rising cost of production, and they’re still charging more,” Owens added. “And so it’s actually quite a straightforward story. It’s interesting to me that there’s been such a vigorous debate about it, because it’s sort of just factually true.”

Josh Bivens, Director of Research at the Economic Policy Institute, made a similar argument, saying that “the idea that the Biden package explains most of the inflation” is “clearly not true.”

RELATED: Stop blaming workers for inflation: Corporate greed is a much bigger factor

“You don’t see any correlation between inflation and the generosity of fiscal relief. Inflation is up everywhere, regardless of whether countries were stingy or generous,” he said in an interview with Salon. “You also have to think, ‘What did we get for a couple of percentage points of inflation?’ We got 6.5 million jobs created over a 13-month span – that is an incredibly fast rate of growth that just absolutely dwarfs any other recovery we’ve had before.”

Just this month, the Department of Labor announced that the economy added a steady 431,000 jobs to the economy in March, with just 3.6% of the American workforce unemployed – a marked departure from its peak of 14.7% at the height of the pandemic. Additionally, wages last year shot up by 4.4%, the fastest growth the nation has seen since 1983.

But even strong employment and wage growth haven’t managed to keep up with the skyrocketing prices of food and fuel. For the year ending in February 2022, the cost of food climbed by 7.9%, far outpacing the wage growth in what was the largest jump since 1981. The average price of gasoline, which reached $4.24 per gallon this past week, is also the highest it’s been since the early ’80s.

None of this has gone unnoticed by Democratic lawmakers, many of whom have called on Republicans to get behind stronger regulatory guardrails against price-gouging.

This week, Big Oil CEOs from companies like BP America, Chevron and ExxonMobil were grilled by members of the House Energy and Commerce Subcommittee on Oversight and Investigations over high gas prices. In particular, executives were pressed on why gas prices remain sky-high despite the decline in the price of oil. Democratic lawmakers also encouraged CEOs to increase oil production in order to drive the price of gas down.

RELATED: “Pain at the pump”: The highly flammable politics of American gas prices

But for the most part, Republicans did not appear to be moved by the arguments of their colleagues across the aisle – a partisan divide underscores how much Republicans are willing to sacrifice to defend the average American consumer, said Carrk, the executive director of Accountable.US.

“[Republicans] always say that they’re on the side of the little guy, but look at what they’re doing. They’re defending big corporations over the little guy,” Carrk told Salon. “They like to put out press releases about inflation and costs going up. But when there’s actually anything to do about it, they oppose it.

Shaming someone for their privilege is unlikely to change their politics, psychologists say

With monkeypox and polio to worry about now, who can stress about small stuff?