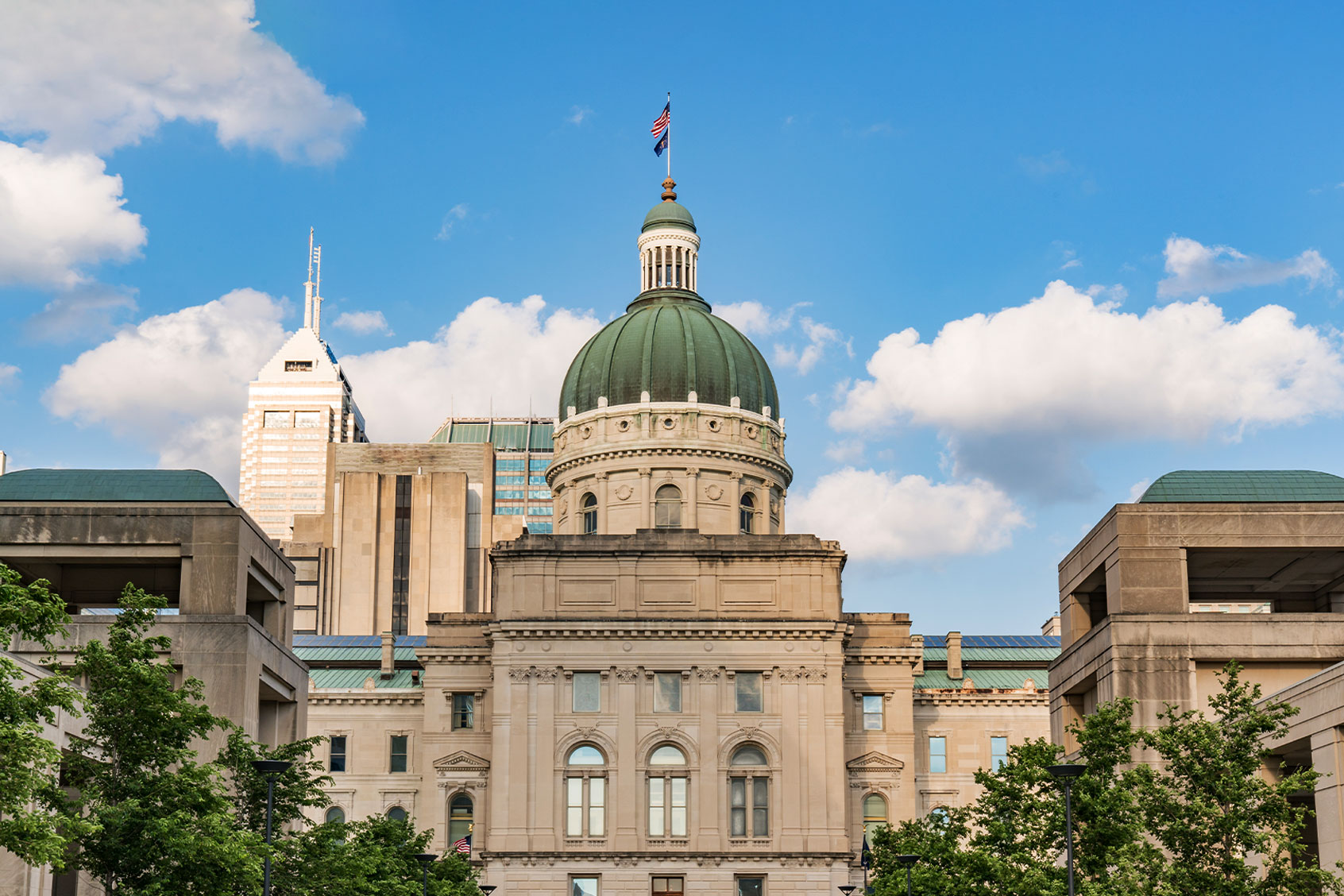 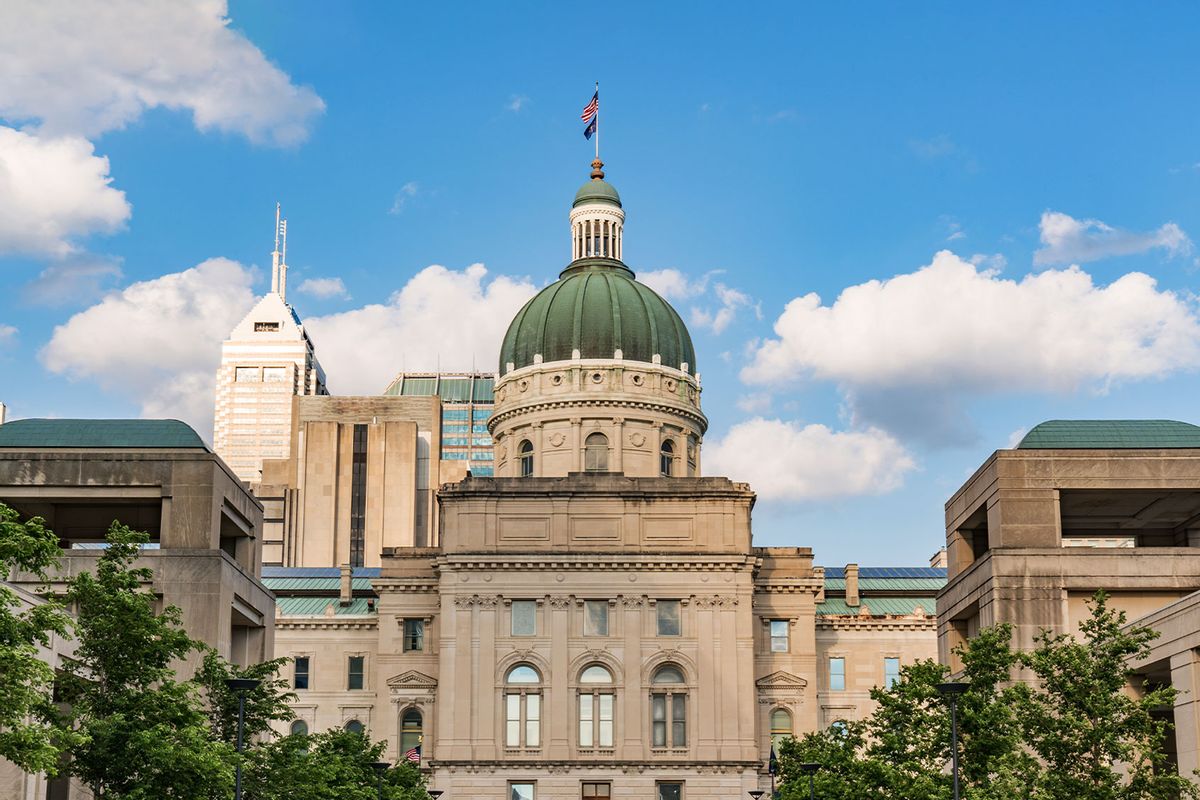 The voters of Kansas just rejected a Republican effort to ban abortion on Tuesday — but that doesn’t seem to have deterred Republicans elsewhere in the region. Instead, both the misogynistic and the anti-democratic views of the modern Republican Party were on full display in Indiana on Thursday as the state’s GOP-led legislature debated over how hard they plan to ban abortion in the wake of the Supreme Court overturning Roe v. Wade.

Indiana has been on the national radar recently after a story about a 10-year-old pregnant rape victim from Ohio became the center of the country’s debate over abortion bans. Due to Ohio’s draconian abortion ban, the girl was forced to travel to Indiana to avoid being forced to birth a rapist’s baby. The entire story was horrifying on its own, but Republicans swiftly made the situation worse by spinning like tops to avoid admitting that these kinds of stories are the natural result of their preferred policies. First, the GOP noise machine denied that the story was real and accused the ob-gyn who performed the abortion of being a liar. When the alleged rapist was charged — which is still very rare in rape cases — Republicans pivoted. They played word games to confuse the issue and started a harassment campaign against the doctor, clearly for the purpose of intimidating other people with similar stories into shutting up.

The whole debacle was a potent reminder to the American public of the deep misogyny and hate that fuels the anti-choice movement. It likely contributed to the high pro-choice turnout this week in Kansas, where a staggering number of people showed up for what would usually be a sleepy election in order to vote down a pathway to an abortion ban. But, as the debate in Indiana demonstrated, the lesson Republicans are walking away with is not to back away from being the party of forced childbirth on 4th graders. Instead, they’ve concluded that they must keep voters from getting in the way of plans to mutilate, torture and kill women in the name of right-wing Christianity.

The last thing Republicans want is for the voters to decide because they know that the voters will vote for abortion rights.

Much of Thursday’s debate over Indiana’s proposed abortion ban was over whether to remove language exempting rape and incest victims from forced childbirth. The majority of Republicans opposed the rape exception and were exasperated in the face of reminders that this is pure sadism. The aptly named Rep. Karen Engleman introduced the amendment to remove the rape exception and when she was reminded that means forced childbirth on small children she let loose a loud “I’m the real victim here” sigh.

IN state Rep. Engleman (R) introduces an amendment to eliminate rape and incest exceptions in the new anti-abortion bill. Rep. Fleming (D) asks if that would prevent a 5th grader (10-year-old) rape victim from getting abortion care.

Engelman sighs: “It… It does.” pic.twitter.com/LutSbldJ5n

She then tried to pretend that forcing childbirth on a 5th grader is doing the child a favor, saying, “I think it’s harmful to put a minor in the position of being the new Jane Roe.” This is nonsensical, of course, because Jane Roe sued for the right to get an abortion, something no minor would have to do if abortion remained legal.

“You cannot treat rape, one of the worst things that can happen to someone, you cannot treat that with abortion,” Rep. Tim Wesco argued. It makes as much sense as arguing that if an arm is already broken, there’s no point in putting in a splint. But such an argument resonates with misogynists, who still imagine that rape “ruins” a woman, and so any efforts to help a victim heal and recover are a waste.

We also got a reminder that, for anti-choicers, killing women is a feature, not a bug, of abortion bans.

Asked what he would tell children of a mother going through pregnancy resulting in stillbirth: “[None] of us are guaranteed tomorrow. We must accept death as a consequence of life.” pic.twitter.com/cAUEDEOZ8n

As I’ve written about before, this attitude isn’t surprising to anyone who has engaged with anti-abortion propaganda, which is rife with glowing stories about how wonderful it is when women are killed or maimed by childbirth. The romanticization of female death and pain is part of the larger right-wing Christian view of womanhood. Baked into their ideology is that women are put on Earth to suffer and sacrifice. Women exist only to serve the desires of others. Women shouldn’t have wants and needs outside of self-sacrifice, which is why anti-choicers tend to insist that women should be glad to die in childbirth or happy to give birth to a rapist’s child.

Alito’s contempt for women’s right to vote bristles under the surface of his writing — but Indiana Republicans are once again proving it.

Of course, these are views rejected by strong a majority of Americans, as evidenced by the abortion ban being defeated even in ruby red Kansas. Indiana Republicans clearly understand this, which is why they soundly rejected a bill amendment putting the proposed abortion ban on the ballot in November. As a reminder, Republicans have routinely used “let the voters decide” as a justification for the overturn of Roe v. Wade. In the decision for Dobbs v. Jackson Women’s Health, Justice Samuel Alito hammered at this “leave it to the voters” excuse by writing, “Women are not without electoral or political power” and “In some States, voters may believe that the abortion right should be even more extensive than the right that Roe and Casey recognized.”

That argument was pure bad faith from the beginning — Alito’s contempt for women’s right to vote bristles under the surface of his writing — but Indiana Republicans are once again proving it.

The last thing Republicans want is for the voters to decide because they know that the voters will vote for abortion rights. As with Donald Trump and his Big Lie, they are only for “democracy” if it keeps people who disagree with them from participating. As I note in Friday’s Standing Room Only newsletter, the fight for democracy and the fight for abortion rights are one and the same. Abortion bans are predicated on an assumption that over half of Americans are not full citizens, an inherently anti-democratic belief. Enacting abortion bans means keeping the voters as far away from weighing in as possible. This is why Republicans have embraced Trump’s war on democracy. They know they can’t get away with policies like banning abortion if they have to answer to voters, so they are doing everything they can to avoid letting the voters have their way again.

Is our child welfare system “broken”? Or is it ripping apart Black families by design?