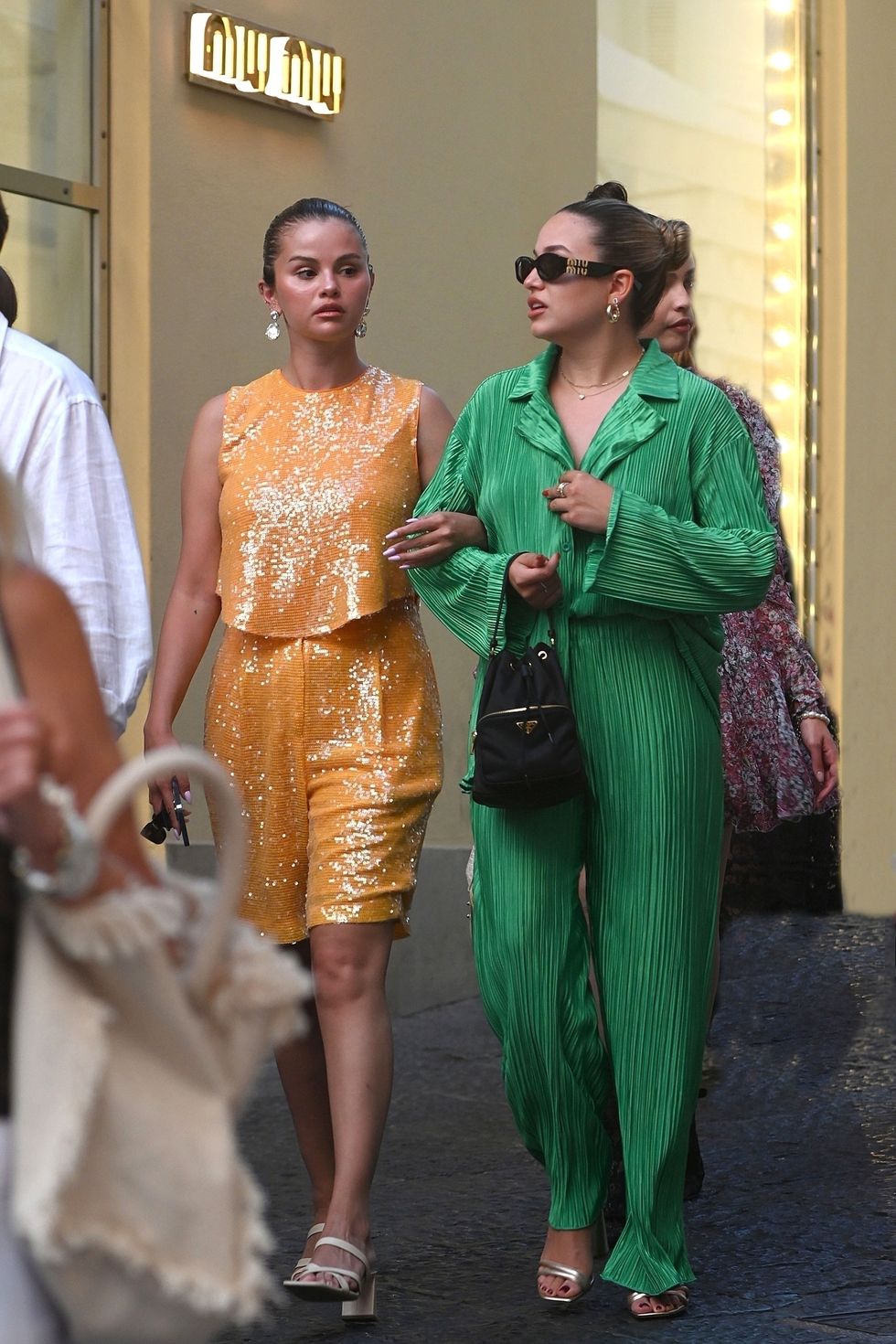 Selena Gomez has been enjoying the beginning of her new decade in Capri, Italy, yachting and lounging with friends following her 30th birthday celebration. And like fellow Capri vacationer Jennifer Lopez, Gomez’s vacation wardrobe is impeccably on point. The singer was photographed shopping at the Prada store and around town yesterday, wearing a tangerine sequin top and shorts. She styled her hair up in a bun and accessorized with dangle earrings. 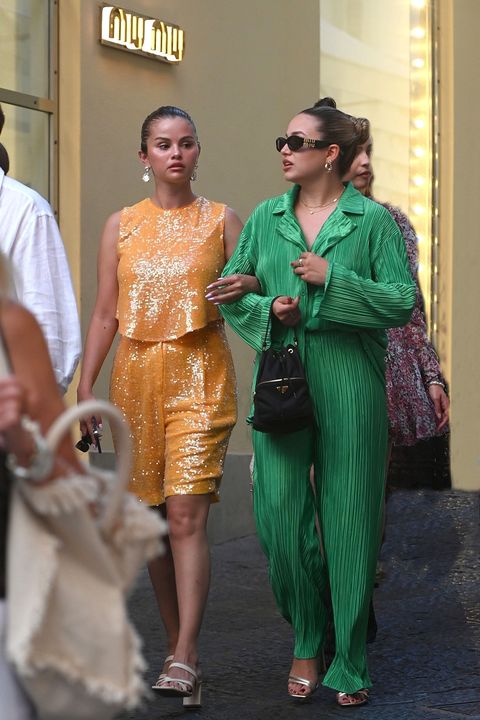 Gomez’s shopping trip comes around the same time a new interview featuring her and her friends Ashley Cook and Raquelle Stevens came out on Stevens’ TaTaTu show Giving Back Generation. Gomez spoke candidly during the discussion about the greatest lesson she had learned so far.

“The greatest lesson I’ve learned is it’s not all about me,” she started. “When I am in some kind of distressful moment, I remove myself out of it and just say that person had stuff that they were dealing with. That’s why I feel hurt or that’s why I feel this way. It actually isn’t always about me. And I shouldn’t take a lot of things personally, especially in my line of work. I should take it with a grain of salt, and I just feel like reminding myself that, you know, the world is such a big place, and you think sometimes the littlest things in your life, you think they will ruin us but in reality, it’s like, no. Sometimes it’s not about you. You’ve got to love people the way you love people.”

How democracy dies: When it comes to Jan. 6, the American people can’t handle the truth

“Thor: Love and Thunder” is the shortest Marvel film in years