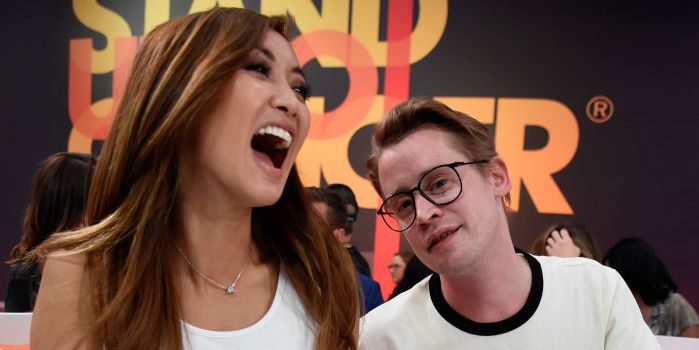 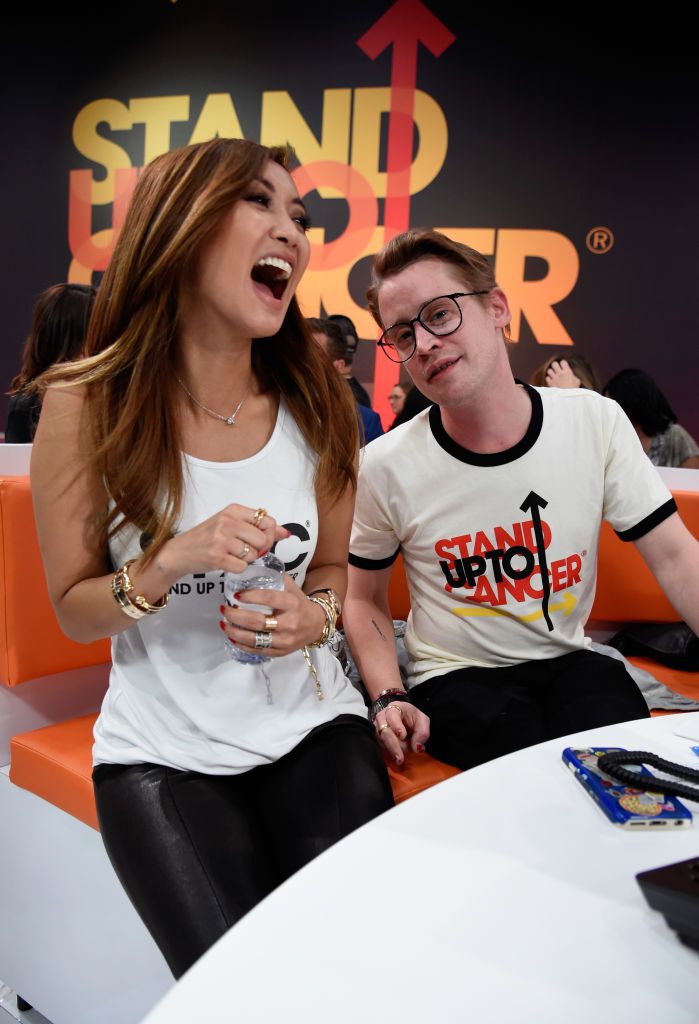 Brenda Song and Macaulay Culkin celebrated their son’s first birthday with the crew from Sesame Street, sharing a fun photo of their day on April 8 to Instagram. The event was held at Sesame Place in San Diego and shows the delighted couple standing on either side of a giant Elmo, having the time of their lives.

“They made a little boy’s dreams come true. And my son also had a great time,” 41-year-old Culkin joked in the caption.

Song shared the same photo on her timeline, writing, “Thank you sooo much to all the amazing people at Sesame Place San Diego for making BOTH my boys’ dreams come true and for hosting the most magical first birthday for our son! We had so much fun!”

The pair were wearing matching black tees with Sesame Street characters printed across the front. Culkin had on a pair of striped shorts in pink and white, while Song wore ripped jeans. The birthday boy was not visible, as the couple tends to keep their private family life private and their son off social media.

The couple became engaged in January 2022, but they were first noted as a couple in 2017 when they were spotted holding hand at Knott’s Scary Farm on a date. Song and Culkin had recently been co-stars on the film Changeland, and discovered they had a lot in common as former child actors. Their son was born in early April, 2021.

Soon after his birth, Song told E! News that becoming a mom has really changed how she approaches her career choices.

“I think being a parent changes a lot of your career choices,” she said. “Because now I really think about where things are being shot, how long they’re being shot for because everything revolves around my son.”

Song added, “I just want to be the best mom for him.”

The shortcut magic of mole paste

Selena Gomez on Her and Hailey Bieber’s Viral Photo, Finding Herself, and Living in NYC 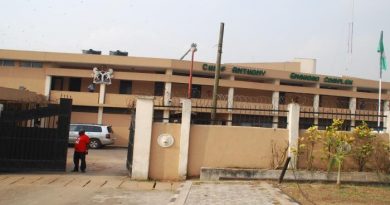