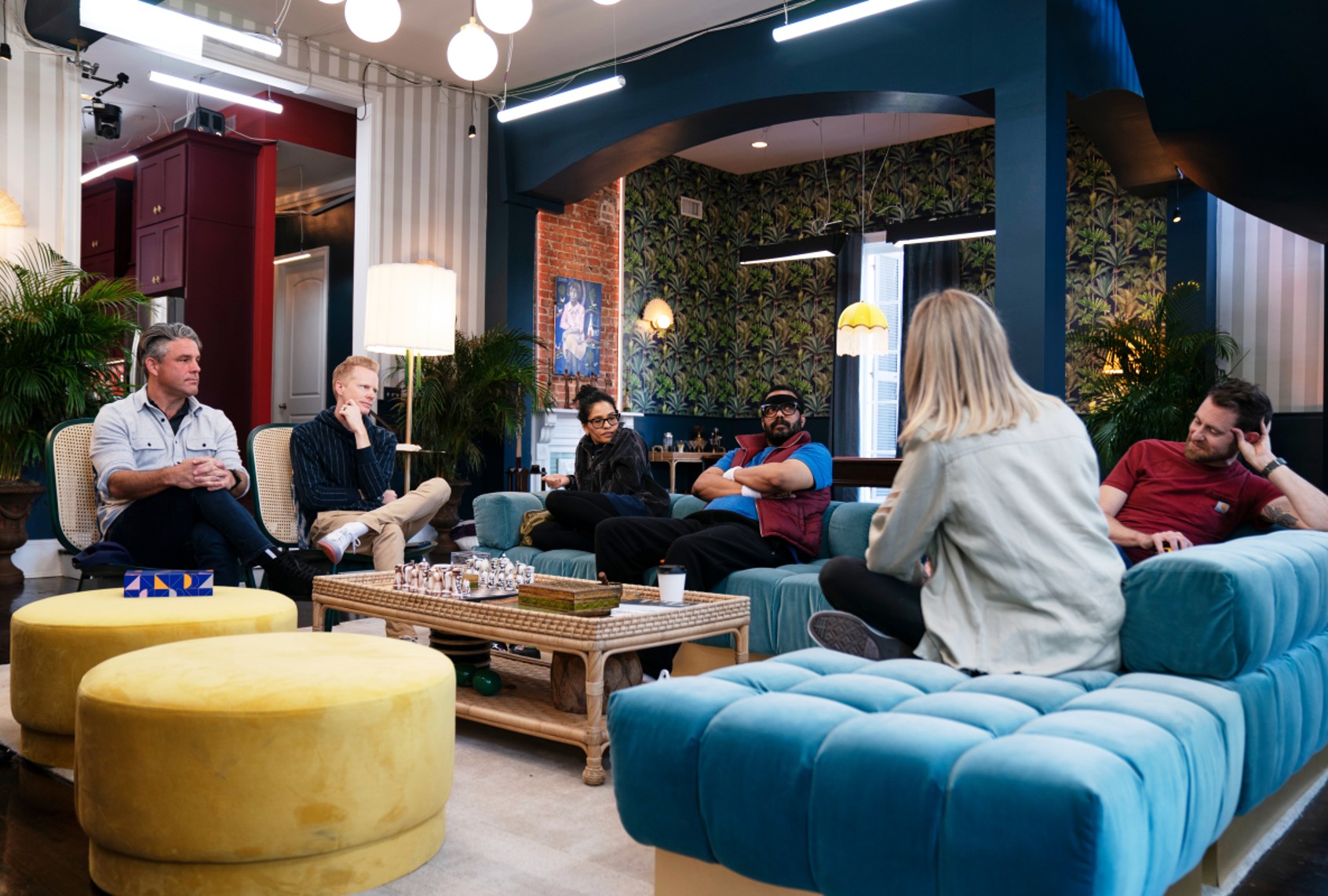 Throughout a number of episodes of the original season of “The Real World New Orleans,” Melissa Beck (Melissa Howard at that time) was backed into a corner when issues of race were brought up, and forced into leading “teachable moments.” In Episode 4 of “The Real World Homecoming: New Orleans,” she’s provided the opportunity, 22 years later, to explain how that level of cultural responsibility within a social setting can, over time, become exhausting for people of color.

In an episode that aired in 2000 Melissa, Danny Roberts and Julie Stoffer, along with Jamie Murray and his visiting friends from Chicago, went on a day trip to a Louisiana swamp where they encountered a racist tour guide, and that experience put Melissa in an uncomfortable position where she was forced to teach her white housemates and their friends why this man’s racist remarks were hurtful.

While out on the swamp tour their guide wanted to point out a regional bird to everyone, which should have been a simple enough thing to accomplish; but instead of saying something like, “Hey, look at that bird,” he chose to use the n-word as a descriptor for it. Melissa, being the only person of color on the tour, was then left to explain to everyone else why that was offensive as they were more inclined to just laugh it off. It was a tense and memorable moment, and Melissa reveals in this episode of “Homecoming” that she received hate mail for it for years, painted as the “angry black woman” of the cast.

When the reunited house gets another shot at a swamp tour in this most recent episode, the experience comes off without a hitch, but it’s still questionable how much certain people have learned and absorbed about race in that vast span of time. 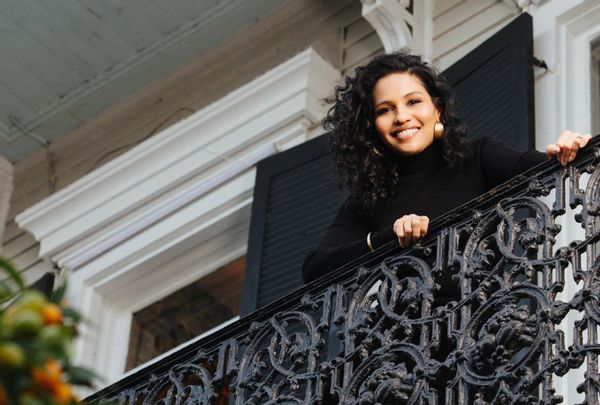 Melissa Beck in THE REAL WORLD HOMECOMING: NEW ORLEANS streaming on Paramount+ (Daymon Gardner/Paramount+©MTV ENTERTAINMENT 2022, All Rights Reserved.)The house as a whole is still recovering from Julie’s night of belligerence at the drag show on Bourbon street, and Melissa is walking the line between icing her out, and wanting to unleash the contents of her mind upon her. She tips towards the latter.

“Don’t rope me into your weird s**t because you’re bored,” Melissa tells Julie after bringing up the call with Julie’s husband in which Melissa and Kelley overheard her saying that she was doing all she’s doing for the sake of making good television.

“You are here making a television show, and I don’t wanna be on your show because I don’t get to decide who I get to be, because it gets to be your narrative,” Melissa adds.

When Julie’s first line of defense morphs into what feels like a tear-drenched form of gaslighting, Melissa grabs her huge purse and walks away. Later, in what reads as Julie’s first sincere moment yet  – but who can really say? – she pleads for the house to allow her to keep trying to be better. After recalling a previously un-aired moment where Tokyo asked her to watch him open a suitcase he wasn’t sure was his or not, something seemed to click for her. She realizes that she’s lived her whole life without ever needing someone to witness her open a suitcase, and that’s an ease of white privilege that not everyone gets to take for granted.

Julie desperately wants to be the center of attention, whether that attention is good or bad. And that’s not good television, that’s just sad.

For now, things seem to be headed towards resolution, provided Julie doesn’t show her ass again, but we know she can’t help herself. For every complaint she makes about feeling singled out there’s a scene where we see her popping out from around a corner asking, “Are you talking about me?” with a cheesy smile on her face. Julie desperately wants to be the center of attention, whether that attention is good or bad. And that’s not good television, that’s just sad.

In a much needed break from the Julie show, we get to see what life is like for Melissa now, living with her husband Justin Beck from the band Glassjaw, and their three daughters on Long Island. If anyone from the house seems to have fully and completely benefitted from 22 years of living, learning, and growing towards who they were meant to be, it’s Melissa, who gives credit where credit is due to the loving upbringing provided by her parents, Shorty and Mercy.

After not being able to visit one another since 2019, Melissa is reunited with her parents at the New Orleans house and everyone sits down for an amazing meal cooked by Mercy, with everyone’s added help here and there. I gotta say, it seems like watching a white lady puke on the floor would be more exciting than a bunch of people sitting around eating a meal together, but this felt fantastic. Just like Kelley Wolf dissociated from the argument between Melissa and Julie by doing healing yoga breaths with her eyes clamped shut like she was about to go on a roller coaster, sometimes we need to just go to our happy place. That can be something as easy as shutting up for a minute to enjoy the Filipino food a nice lady’s mom made for you. 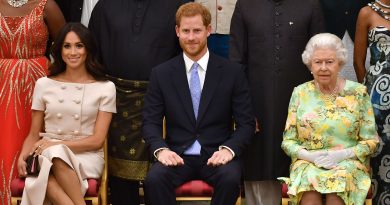 Former Vice-President, Atiku Abubakar has made a pledge to the people of the South East ahead of the 2023 presidential election.

According to Leadership Newspaper, Atiku said if elected as President, he will will only serve one term.

It was gathered that he made the vow in a meeting with South East National Delegates and Leaders from the Peoples Democratic Party early Friday morning, highlighting the fact that he was committed to an Igbo Presidency.

“The former Vice-President spoke like a true statesman. He understands that for there to be unity in the country, we need to include the South East in all political considerations. This is why we are proud that with our support, we can achieve an Igbo Presidency by 2027,” a high-ranking PDP Chieftain said.

Recall that in October 2018, following the selection of former Anambra State Governor, Peter Obi, the leadership of the party in the zone had, after the announcement of Obi, summoned an emergency meeting in Enugu, as several South East leaders had been offered the position.

With Peter Obi’s withdrawal from the PDP Presidential Primaries and resignation from the PDP, the former Vice-President has reportedly been meeting with South South and South East leaders to determine who he should select as his Vice-President.

It was also gathered that he reportedly met with 4 leaders of the main opposition party about the Vice-Presidency position.

“The former Vice-President is confident that with his ground game, vast political network, war chest and delegate activation, he will be emerging as the presidential candidate of the PDP.

“This is why, stage three of his plan, which is the immediate announcement of a VP once the convention is over has now moved into full gear. We have about 7-months between now and the general election, and we need to moving into full gear,” the source said.

Recall that in October 2018, following the selection of former Anambra State Governor, Peter Obi, the leadership of the party in the zone had, after the announcement of Obi, summoned an emergency meeting in Enugu, as several South East leaders had been offered the position. ... See MoreSee Less

Go and sit down my friend

It's ok go and rest ur popularity

Old man guys don pass this ur level of lies

U don serve am since na no worry yourself again.

That was what buhari said in 2015 but the sweetness of power don’t let him leave.