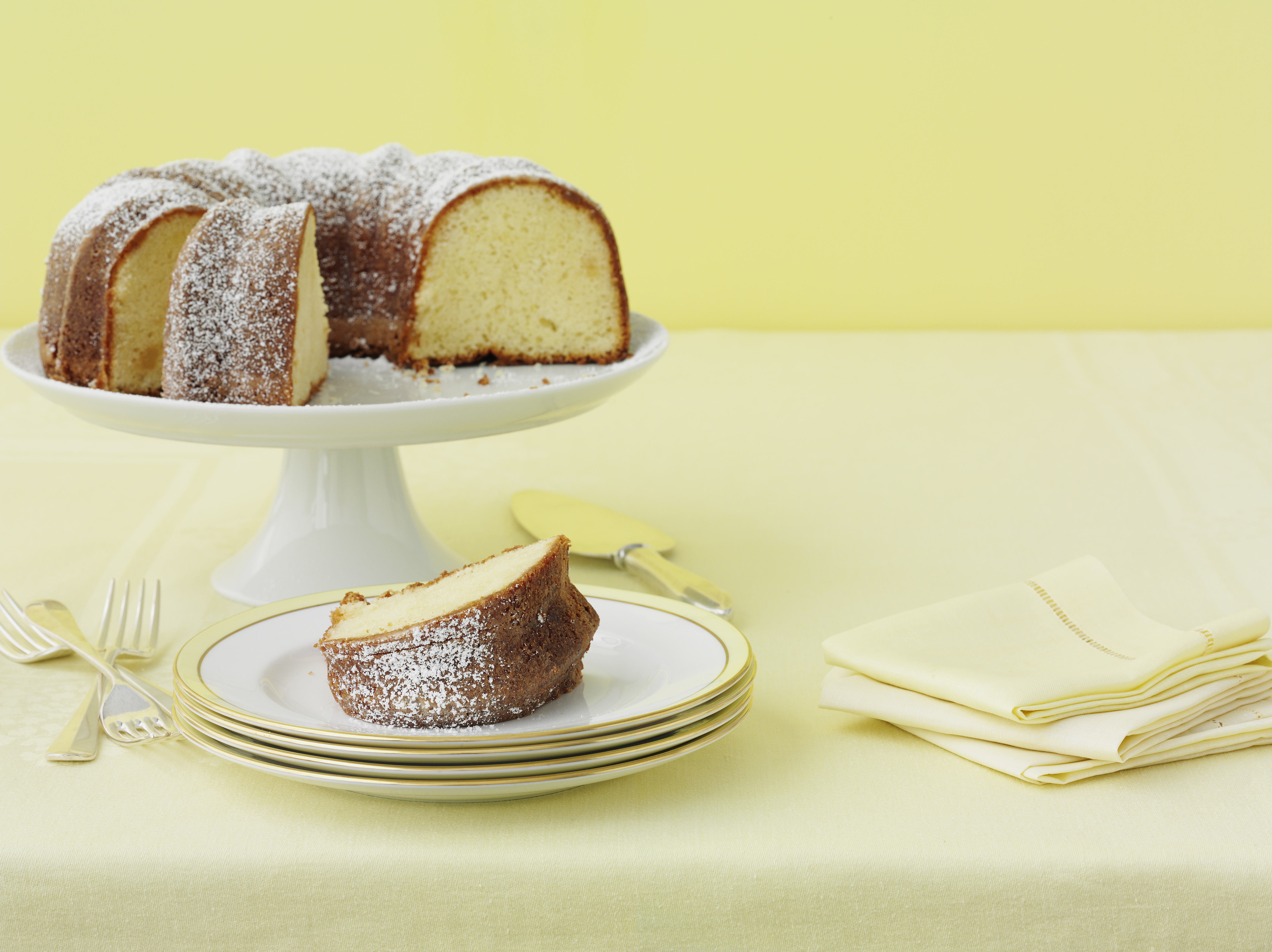 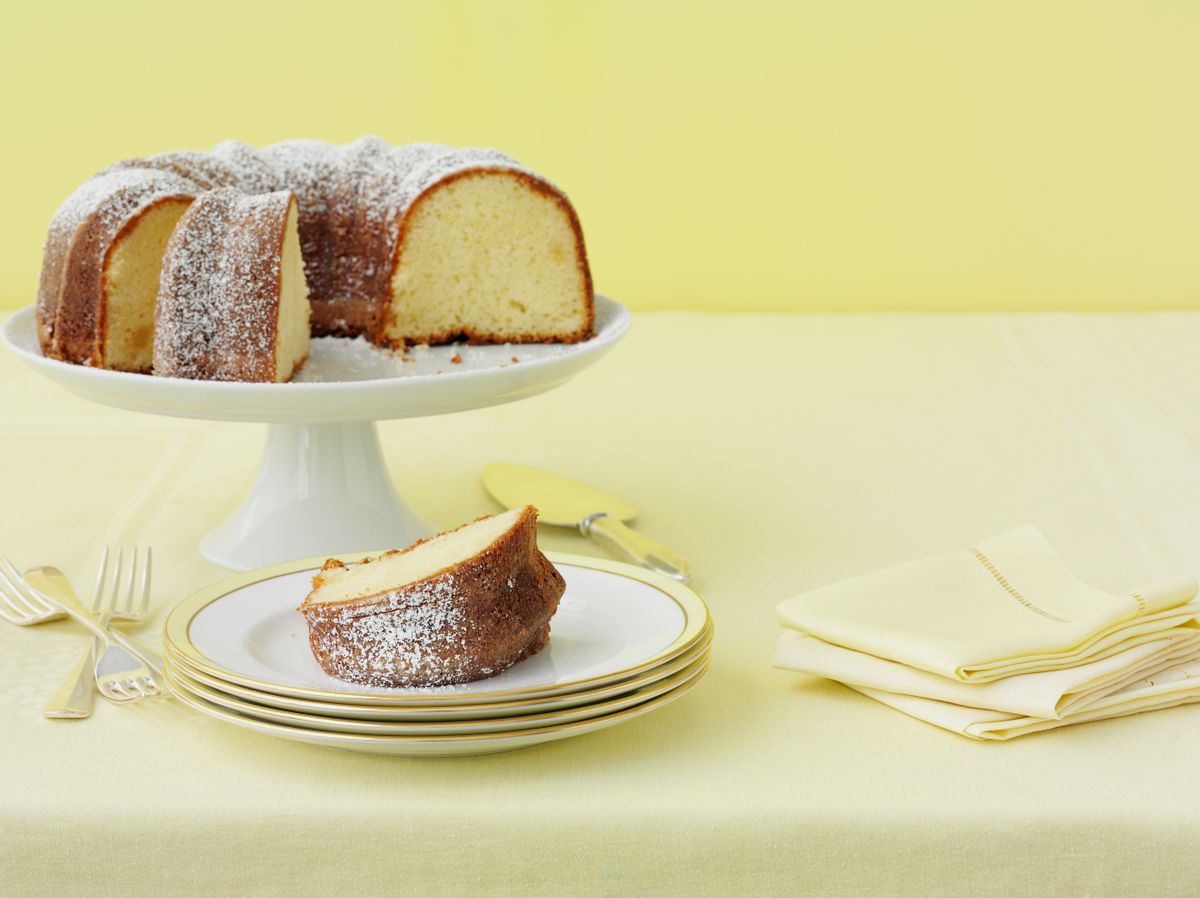 In the 1950s, my great-grandmother, Mama Jessie, moved to Mexico Beach to be closer to her family. I came into the world nearly two decades later, and that spectacular Florida beach was the first beach I ever visited.

Growing up, I believed that Mexico Beach was the most beautiful place on Earth. Its unspoiled shoreline was stunning, with only sand and waves as far as the eye could see in both directions.

The trip to Mama Jessie’s house was about four hours by car. As soon as we arrived, my sister and I were greeted with big hugs. Soon to follow were big slices of our favorite homemade cakes.

As a kid, my favorite was Mama Jessie’s Angel Food Cake. My sister’s favorite was her Lemon Jell-O Cake. I don’t always like to admit when my sister is right, but I’m willing to admit the latter was the superior cake.

RELATED: Travel south to the “Seafood Capital of Alabama” with these delectable, punchy pickled shrimp

Lemon Jell-O Cake tastes like you went through lots of trouble in the kitchen, but it’s actually one of the easiest recipes you’ll ever make. That’s why it’s likely to become one of your go-to springtime bakes. The tartness of the lemon is perfectly balanced by the sweetness, both in the cake itself and the accompanying glaze. It’s moist and somewhat dense like a pound cake but uniquely lighter in texture.

Every time I bake this cake, I’m transported back in time to Mexico Beach. Mama Jessie’s sister, Estelle “Aunt Sister,” lived next door to her. As kids, my sister and I ran back and forth and in and out of their houses, spoiled not only by the adoring attention but also the homemade treats.

In sharing this cake, I share Mama Jessie and Aunt Sister. They were something else! These two women managed the general store, the post office and later The Sands, which was the only hotel in Mexico Beach back in the day. I’m told they were both shrewd business women who “ran a tight ship” and “did not suffer fools gladly.” I’m pretty sure that’s Southern-speak for “they were hell on wheels.”

Throughout my childhood, Mexico Beach was virtually unknown. It’s certainly no longer a hidden gem, in part because of the media coverage of Hurricane Michael, the devastating, nearly Category 5 storm that came ashore back in October of 2018. Once a community of about 1,250, Mexico Beach now numbers about 500.

Thankfully, Mama Jessie’s house was one of a handful that remained standing after the storm. This cake brings Mama Jessie, Mexico Beach and the smell of her house when we walked inside to life. It makes me grateful for the power of family recipes, which can help us remember and relive the past. In that sense, food is magic.

Spring has arrived where I live today. My azaleas are blooming, and I just poured the glaze over my first Lemon Jell-O Cake of the season. Outside, a family of osprey are encouraging a youngling in what appears to be its first flight. What a magnificent day! I hope spring has sprung where you are, too. If not, perhaps baking this cake will help call it forth . . .

Before we start cookin’, here’s a closer look at some of the ingredients:

This recipe, like so many of my recipes, is from a simpler time. The choices at the grocery store were simpler, at least. As far as Mama Jessie was concerned, Duncan Hines was the best — which is why it’s name-checked in the recipe. What’s key here is choosing a simple vanilla cake mix.

Back in the day, folks called this ingredient “lemon flavor,” my mom says. “Lemon flavor” is handwritten on the recipe, but I don’t know if those words actually appeared on the label — or if they were shorthand for lemon extract. (For more, see Cook’s Notes.)

1. Feel free to experiment with different boxed cake mixes, as long as you choose a vanilla mix that comes in a 15.25-ounce box. I’ve experimented with gluten-free versions, such as King Arthur, Krusteaz and Pamela’s. Even good ol’ Duncan Hines has a gluten-free yellow cake mix these days.

2. “Salad oil” appears in so many of my older recipes. (In these handed-down recipes, it’s either lard, salad oil or shortening.) You can use butter or a mixture of butter and oil of your choosing. I reached for cold-pressed sunflower seed oil the last time I made this cake, but I’ve used a combination of oil and butter many times.

3. “Lemon flavor”: This ingredient has sparked a lot of conversation at home. Do not use lemon juice as a substitute. Lemon extract, lemon flavoring and lemon zest are all fine to use. If you go with the latter, simply measure the same amount of zest as flavoring. In other words, it’s a 1:1 ratio.

The 22 Sexiest (and Funniest) Memes from Bridgerton Season 2

Influencer culture is everywhere — even in academia

Elon Musk, Twitter and the future: His long-term vision is even weirder than you think