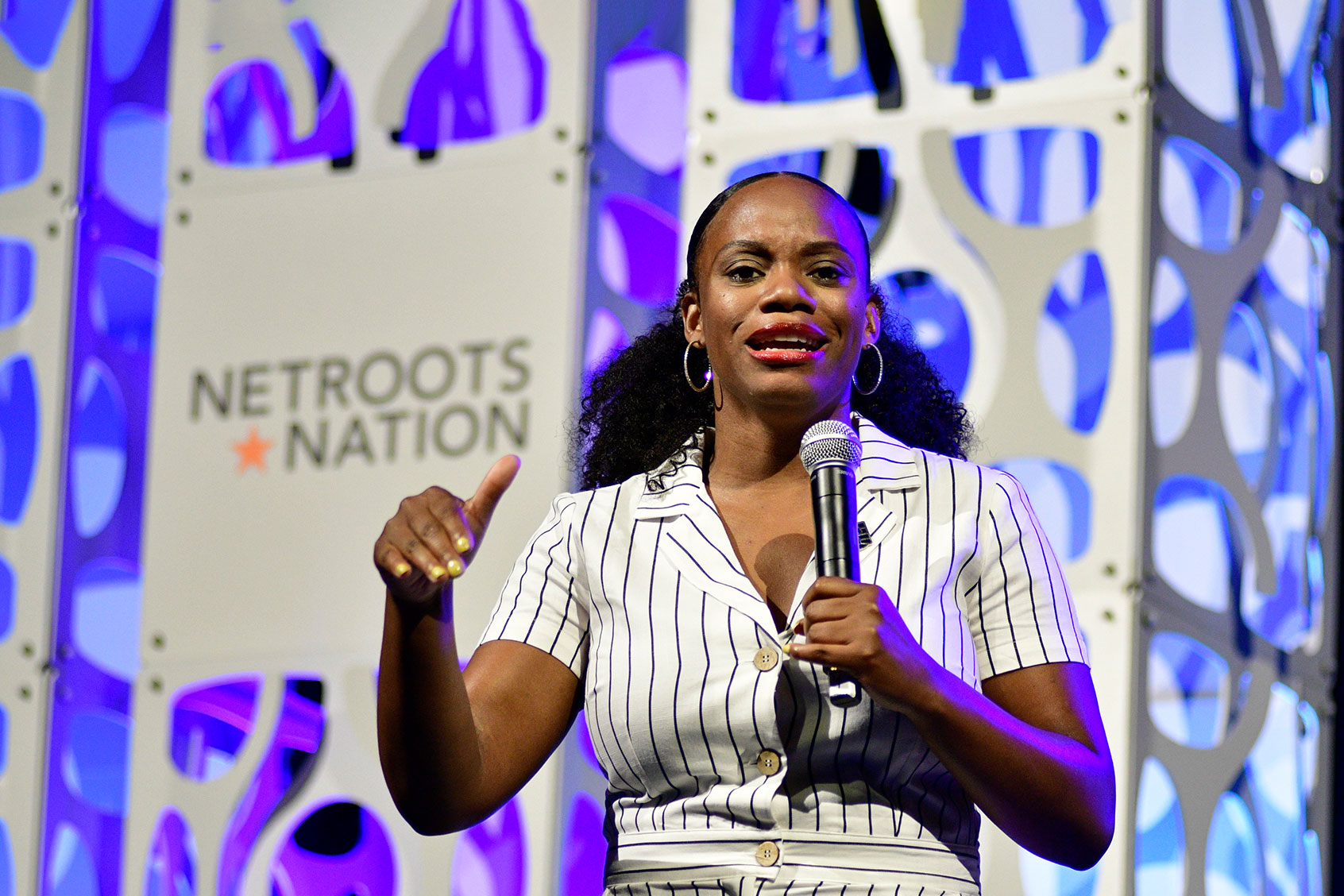 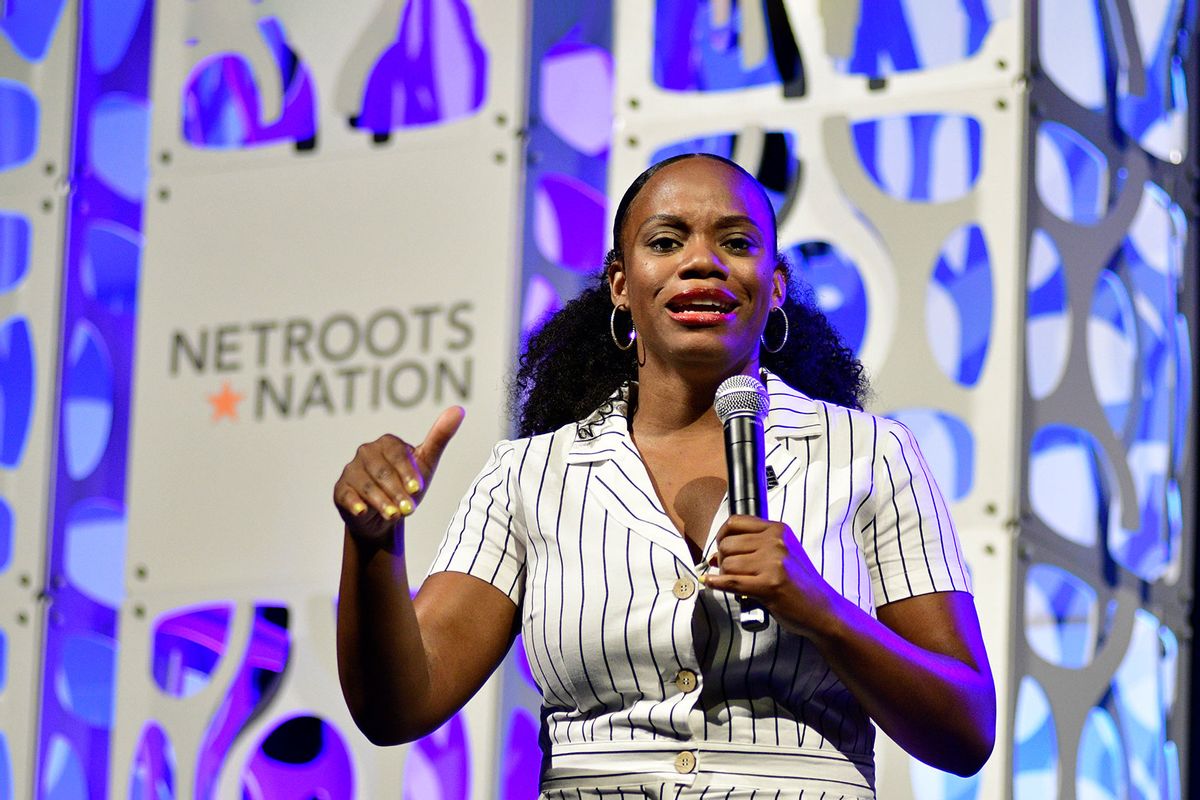 During the election cycle that just concluded, progressive congressional candidates faced unprecedented amounts of super PAC spending, with over $53 million spent in Democratic primaries that often pitted candidates from the party’s more progressive wing against moderates.

Aside from a few big wins — like the victory of Summer Lee, who overcame millions of dollars in attacks from outside groups to win a House seat in Pennsylvania — candidates who challenged the Democratic establishment struggled across the board, causing progressive groups and leaders to re-evaluate their electoral strategies.

The reality, though, is that super PACs aren’t just a progressive problem. They’re a problem for any member of Congress who wants to side with working families over corporate interests, and that includes members of the Democratic establishment. Party leaders has a clear choice: Do they want to surrender control of their candidates and their policy agenda to billionaires, or do they want true campaign finance reform?

Party leaders face a clear choice: Do they want to surrender control of their candidates and their policy agenda to billionaires, or do they want true campaign finance reform?

The first sign this cycle that the Democratic establishment had lost control of its super PAC allies came when AIPAC’s super PAC started spending in the Democratic primary in Maryland’s 4th congressional district — not against a progressive outsider, as usual, but against Donna Edwards, a mainstream Democrat who had been endorsed by everyone from House Speaker Nancy Pelosi to Hillary Clinton. While AIPAC spent an unprecedented $6 million against Edwards, Pelosi pulled out all the stops, including recording a supportive video ad. Edwards was crushed by the spending and lost to AIPAC-supported Democrat Glenn Ivey, a well-connected Washington attorney. Pelosi — who has been endorsed by AIPAC for years and reliably attends their conferences — refused to comment on Edwards’ loss. (Maryland’s 4th is one of the safest seats in the country, and the winner of the Democratic primary was certain to be elected.)

Shortly before Election Day in November, AIPAC’s super PAC — which had previously only spent in party primaries — made its first-ever expenditure in a general election, this time in support of a Republican. This was in Pennsylvania’s 12th congressional district, where the above-mentioned Summer Lee, a Black progressive state legislator, had won the Democratic nomination over an AIPAC-backed opponent. Although AIPAC proudly lists its endorsement of 44 members of the Congressional Progressive Caucus, in this case it began officially spending to defeat the Democratic majority, backing Republican Michael Doyle over Lee. Pelosi, Senate Majority Leader Chuck Schumer and Democratic campaign chair Rep. Sean Patrick Maloney (who lost his own race in New York), all endorsed by AIPAC, said nothing. Lee ultimately got more than 55 percent of the vote in her Pittsburgh-area district, but it was progressive groups, not Democratic leaders, who propelled her to victory.

Super PACs are often funded by billionaires with bottomless pockets, and their spending decisions can be guided by the whims of their funders. Democratic leadership’s silence in the face of the deluge of spending against their allies speaks volumes: If the billionaires who fund these super PACs one day decide that they’d prefer Republican candidates or Republican policy positions, would Democratic leadership be ready to capitulate on everything from prescription drug prices to climate change to gun control to foreign policy?

Many bedrock Democratic positions, including student debt relief, gun control and caps on drug prices, are not likely to please the billionaire class — but they’re overwhelmingly popular with the American people. Democratic candidates who embraced these issues raised millions this cycle in online small-dollar donations. Democratic U.S. Senate candidates John Fetterman in Pennsylvania, Mandela Barnes in Wisconsin, and Cheri Beasley in North Carolina were blasted with Republican super PAC spending, but all three comfortably outraised their Republican opponents quarter after quarter, driven in part by these online small-dollar donations. Fetterman was the only one of those three candidates whose super PAC allies outspent his opponent’s — and was also the only one of those three to win his race. (Although Barnes came agonizingly close.) Those races might well have ended differently if a ban on super PACs had allowed Beasley and Barnes to outspend their opponents using their small-dollar war chests.

The Democratic Party must come to grips with the fact that the explosion in super PAC spending driven by the Citizens United decision isn’t just a problem for progressives. Ultimately, it’s an existential problem for the party that claims to stand for the interests of working people. It’s a pretty tough sell to tell working-class voters that candidates who are funded by billionaire super PACs and corporate donations will fight hard for their interests. If Democrats want to retain any credibility on this issue, party leadership must prioritize campaign finance reform, ban super PACs and support a bill for public financing of political campaigns.

As Bernie Sanders said in his letter to Jaime Harrison, “A super PAC is a super PAC, whether it is funded by Republican billionaires or Democratic billionaires.” It’s time for the Democratic Party to embrace democracy and become the party not of supposedly liberal billionaires, but of working-class people of all backgrounds.

about dark money and campaign spending

The unsettling reason that climate change could lead to more pandemics