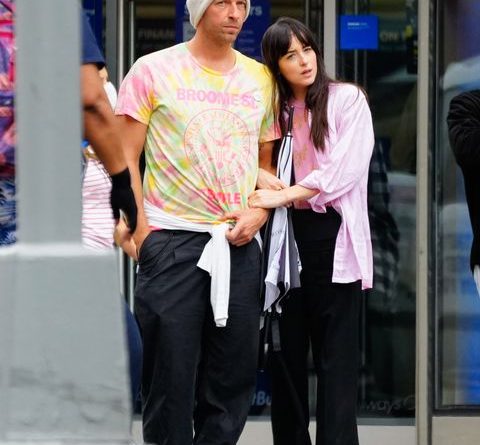 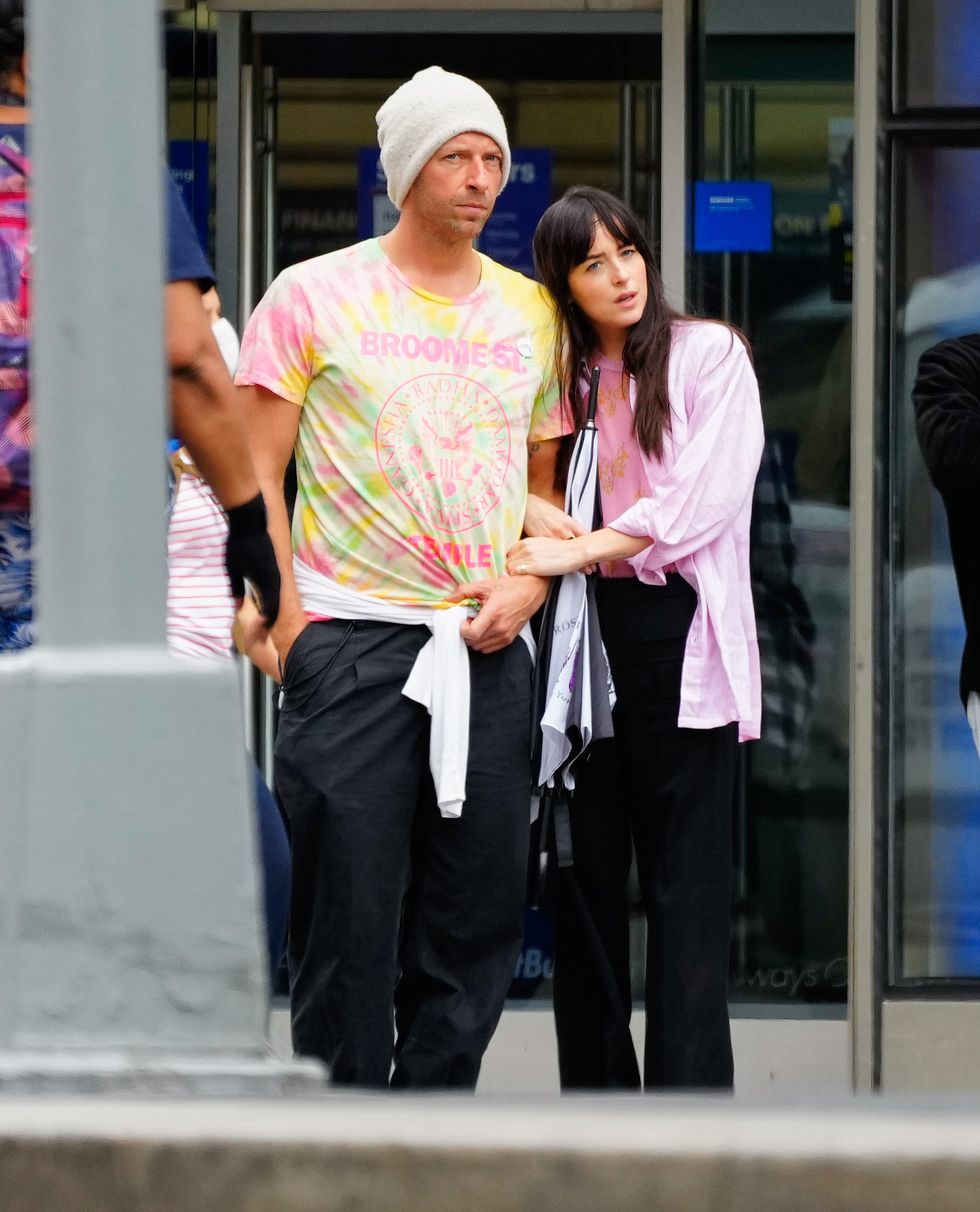 Dakota Johnson and Chris Martin’s years-long private romance has very rarely been documented by photographers. But yesterday, paparazzi managed to capture the couple out for a day date in New York City being affectionate. Johnson held onto her boyfriend’s arm as they went for a walk in Soho. Both were dressed casually, Johnson in a pink print top, open pink button-up, and dark pants. She wore her hair down straight and her blunt bangs center parted.

Martin and Johnson were first reported to be dating 2017. Johnson gave a little detail about their relationship to ELLE UK earlier this year. “We’ve been together for quite a while, and we go out sometimes, but we both work so much that it’s nice to be at home and be cozy and private,” she said. “Most of the partying takes place inside my house.” That was the only statement she’s made about their dynamic.

She did speak candidly about how she feels like she toes the line between old and young because of her Hollywood upbringing. Johnson is the granddaughter of legendary actress Tippi Hedren and daughter of actors Melanie Griffith and Don Johnson.

She added that her calmness now doesn’t exactly come from her folks. “Well, my parents are… I don’t think I get it from them, they were wild when I was growing up,” she said, referring to their ’90s partying. “I think maybe I’m guarded, and that comes off as serene.”

Pelosi’s attacker is proud of himself. The GOP emboldened him