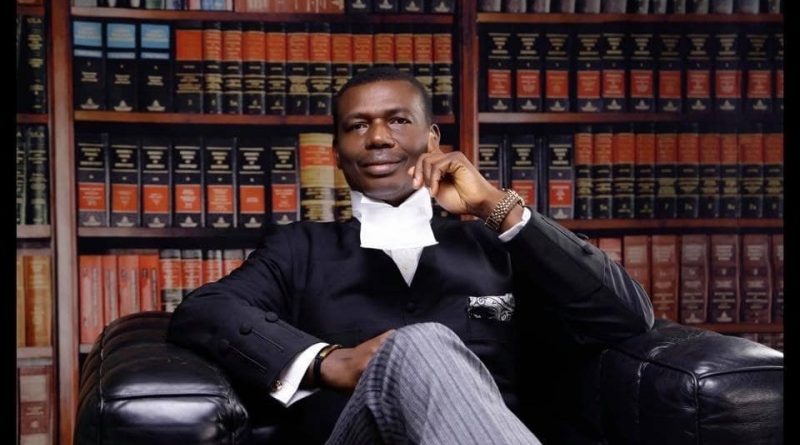 Which political party will organize a jamboree in the name of a Convention when people are daily being massacred across the country? Which political association will fail to honour its agreement with teachers thus leading to the closure of all government-owned universities and then turn around to gather the students together in a stadium, taunting them as leaders of tomorrow when they have no idea of how long they will spend in the university? Which political party will ban the best avenue (Twitter) for the youths to do business and engage themselves productively only to lift the suspension in order to aid its selfish electioneering campaigns? I know you know the answer to these harmless questions. Last week I dwelt on the failure of the Peoples Democratic Party in opposition. Let me now focus on the ruling party.

The All Progressives Congress was formed as a political party on February 6, 2013, being a merger of the Action Congress of Nigeria, Congress for Progressive Change and All Nigeria People’s Party, in anticipation of the 2015 general elections. It was not making any headway as a viable alternative to the ruling Peoples Democratic Party, until it succeeded in wooing some prominent but disgruntled members of the PDP, then christened newPDP. Since its victory at the polls, it has been a case of wobbling and fumbling, for the party of strange bedfellows, now struggling to retain power.

The documented ideology of the APC as a centre-left party is Federalism, Progressivism, Social Liberalism and Social Democracy. It had no choice but these ideals as that was the only way it could win the sympathy of voters at the time in 2015. The APC would then proceed to enthral Nigerians with a catalogue of promises rolled into a very attractive but deceptive manifesto, as a binding covenant for implementation upon assumption of office. Given the lacklustre performance of the previous administration, hopes were high indeed, that the APC would be a party of true change, but it didn’t take too long, for Nigerians to notice some foot-dragging when six months after its inauguration, the APC government could not constitute its main cabinet and governance was dragging and the economy was bleeding seriously. Unknown to many, this was only but the tip of the iceberg.

Generally, the political ideology of the APC is slightly pro-masses, favouring a strong and active role in government regulation. The thinking then was that since a good number of its political leaders subscribed to the social democratic political philosophies of Obafemi Awolowo and the socialist and anti-class views of Aminu Kano, the masses would benefit from the government of the APC, whose political support base was mainly in the South-West and Northern parts of Nigeria. Prior to the 2015 general elections, the APC was known mainly for its sloganeering and frequent chorusing of fiscal federalism, restructuring, devolution of powers, state police, resource control and other populist policies of social nationalism. But this was mostly chanted by its national leader Bola Tinubu, as its main presidential candidate, Muhammadu Buhari, cleverly avoided these cores issues. It has since turned out indeed that the CPC wing of the APC is less inclined to the idea of true federalism and devolution of powers.

Months rolled by and years started counting, but nothing seemed to be changing for the ordinary Nigerian, as promised by the APC. To be sure, the main agenda of the APC into the 2015 election was restructuring, as stated clearly in its manifesto thus:

Initiate action to amend our Constitution with a view to devolving powers, duties and responsibilities to states and local governments in order to entrench true Federalism and the Federal spirit.”

In this short covenant of the APC is the mandate for restructuring, which made many Nigerians rally around the party in 2015 and 2019, with the expectation of true change, from the known status quo. The three cardinal issues in this manifesto of the APC are (1) Constitutional Amendment; (2) Devolution of Powers; and (3) True Federalism.

The APC betrayed Nigerians upon assuming power, given that the leading lights of its CPC wing, Muhammadu Buhari and Nasir El-Rufai, were not inclined toward this agenda and since the CPC controlled the APC in the real power equation, the idea would soon hit the rocks. The President lashed back at his own people and rubbished the APC manifesto, by describing the proponents of restructuring as lazy people, effectively silencing the radical wing of the so-called progressive party.

Sensing the internal contradictions that would later rock the APC, the newPDP wing outsmarted the leaders and took control of the National Assembly, signalling the beginning of the end of a once-promising party. It was only a matter of time before the APC self destruct. Its founding chairman, Odigie-Oyegun, was up in arms with the governors, most of who wanted to control their domains in the states, to be able to cover up their tracks when out of office. Whereas it paraded a national leader in its ACN wing, the CPC wing ensured that it was not documented on record as such, and would later contest that nomenclature as inconsistent with the office of the President. Meanwhile, the opportunist policy of “president for everybody and for nobody”, would soon begin to hurt the party, as this led to mini emperors in various segments of the APC, all of whom were now taking advantage of the President’s desperation to retain power. The founding Chairman had to pay the ultimate price and soon became a casualty of intense political power play. The same fate befell his successor, who despite his trumpeted revolutionary background, was booted out of power in a daylight coup organized by the President right inside Aso Villa.

The consequence of this was that the APC lost focus, it became a party without a goal in mind, unable to assert or proclaim any specific principle or ideology, at times even grovelling to absorb the very people that it had pilloried and lampooned as thieves and corrupt leaders. So it was that the APC died a natural death, and became a dumpsite for power mongers and avengers. The economy has paid dearly for it, the political space has become turbulent and things are falling apart, without any centre at all. In the scheme of things presently, nobody is sure of anything within the APC, which succeeded largely as an opposition party but has failed woefully as a party in power. The APC just wanted power for the sake of it, still blaming the opposition PDP even after about seven painful years in office. All friends and associates of the President are contesting for one office or the other, without first complying with the new law enacted to govern the elections.

Perhaps because it had not tasted power at the federal level, the APC has become overwhelmed with the burden of governance, always latching on to the ‘wasteful 16 years of PDP’, as if that alone should earn it a third term in office. Unable to satisfy Nigerians why there is still perennial blackout after seven years in office, the APC would deny that it ever promised an uninterrupted supply of electricity, with the Minister of Power chiding Nigerians to stop expecting power supply from the government since the power supply chain had been privatized. Meanwhile, the killings assumed a new dimension, with the damning Amnesty International report showing cases of compromise by security agencies. At the last count, terrorists have become more emboldened, now overrunning military and police barracks, shooting down aircraft, bombing trains and blocking major roads. The insecurity in the land got to its peak when even military men became targets of the insurgents and the governor of the President’s home state of Katsina cried out that bandits had taken over the entire state. Huge sums of money have been wasted to procure sensitive military equipment that we are told cannot be used and the court has since declared the aggressors as terrorists but the APC government cannot summon the courage to term them so in any official gazette, name them publicly or even dare try them in court.

To the APC, Nigerians should see good governance as a privilege and be grateful to God that APC fielded Muhammadu Buhari for elections at all, expecting that his name alone should pay the school fees of their children, put food on their tables and transform their lives completely, whereas it has now been reported that about 80 million Nigerians live below the poverty index. The economy is so bad that even the affluent have become a victim. What of education? Better summarized with the current strike by university teachers, which has shut the gates of tertiary education in all public schools across the country. Can you hail the APC for the judicial sector? Court orders are disobeyed at random, the President himself stated that the judiciary is his headache and that he has not succeeded in office because of the ‘system’, referring to due process of law and democratic principles. Do we talk about the aviation sector, where even the government itself misled Nigerians on its so-called air carrier and foreign airlines are to charge for tickets in dollars?

In the political arena, the APC took Nigeria to the era of inconclusive elections, which in truth is symptomatic of any election in which the ruling party suspects it may not win, using INEC to buy time to manipulate the outcome in its favour. We still have vote-buying, intimidation of voters and re-run elections all over the place. And even in the coming elections, there is so much uncertainty and confusion. What about human rights and opposition politics? Better explained with the encounter of the Shiites with the military, the bitter experiences of IPOB and the hounding of Sunday Igboho into exile while terrorists hold sway. There is so much hunger, insecurity, uncertainty and anger, all over the land, to suggest that the APC is just a misadventure in governance.

Let me call in aid another APC sympathiser, Pastor Tunde Bakare, to answer some of these questions:

“What many people are saying is that there was corruption under Jonathan, yes, but life was better. At least we were able to get this, but this man cornered all the money, locked it up…. The allegations by the Nigerian public are that those around the president are also stealing, and some names have been mentioned. You cannot be a clean man surrounded by rogues. If you don’t deal with those rogues, they would colour you with the same tar.”

That is APC, a complete power failure.

2023 Presidency: I Can’t Tell If I Would Contest – Ex-President, Jonathan