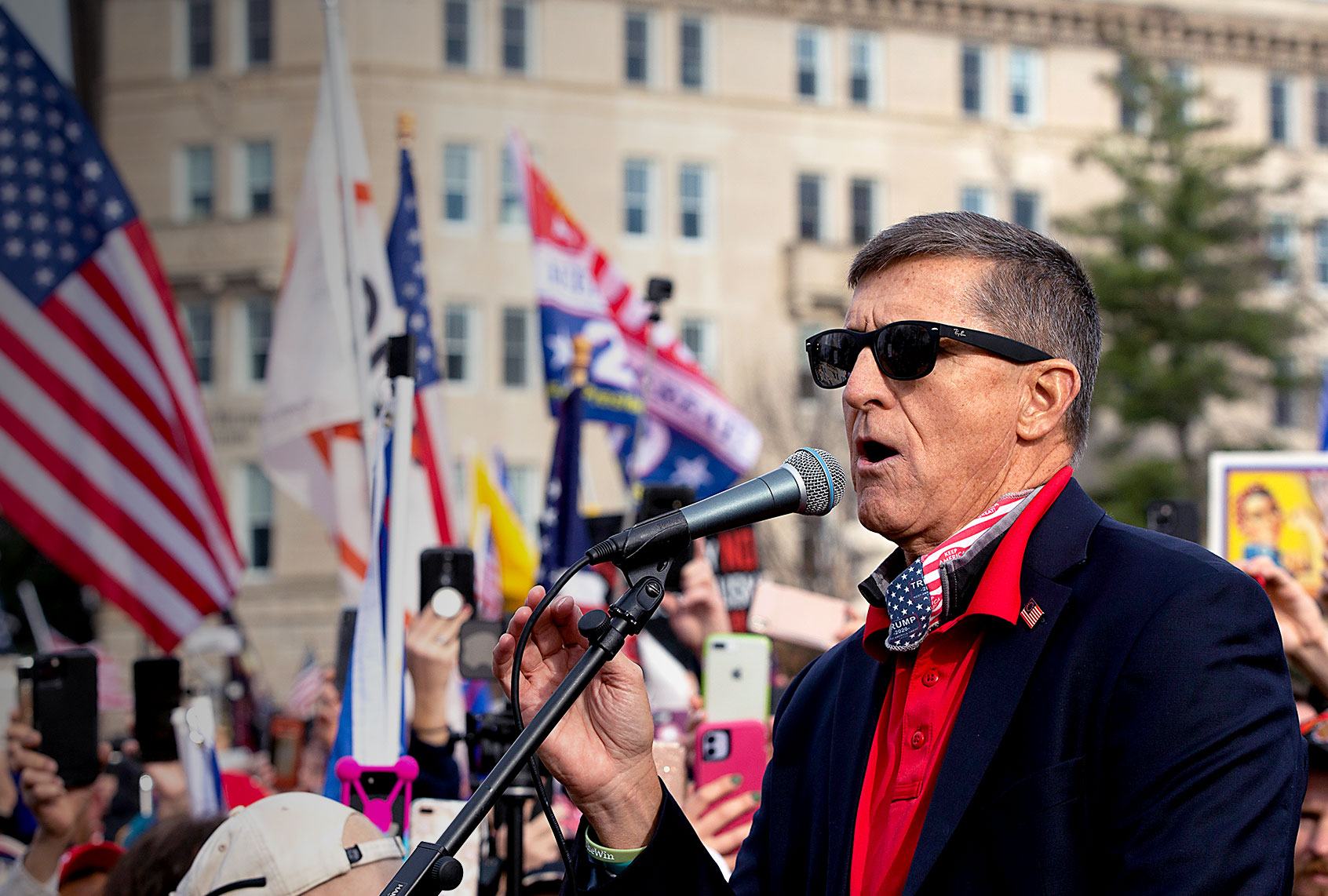 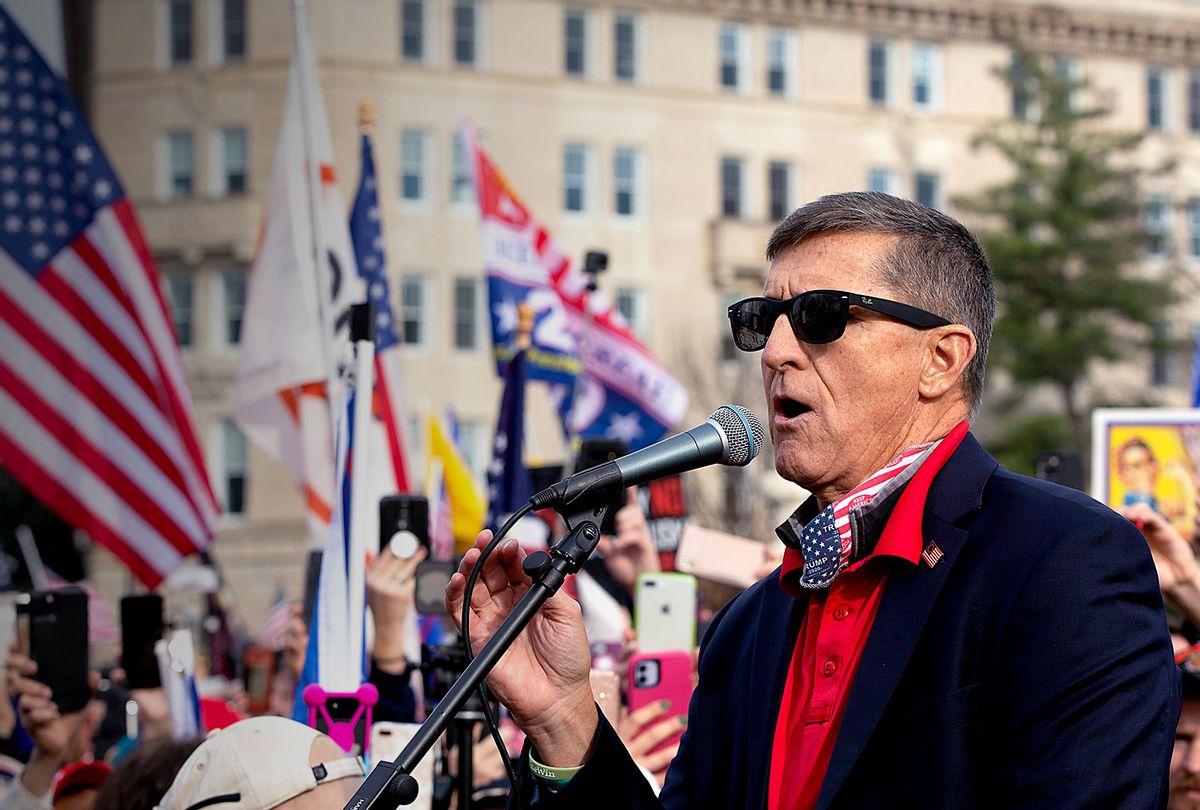 Donald Trump, Steve Bannon, Tucker Carlson, Michael Flynn and the other leaders of the American neofascist movement are very generous, in their own sinister fashion. They make their escalating threats of right-wing violence, insurrection and other forms of mayhem in public. There is little skulduggery or subterfuge involved.

Why are they so bold? Because they have suffered no serious long-term negative consequences for their behavior. And for the most part, the Republican fascists and the larger white right are winning in their war against American democracy. Momentum is on their side. Why should they conceal their intentions?

When disaster follows — be it some version of Jan. 6 (which is almost inevitable) or other acts of right-wing terror — the American people and their leaders will not be able to claim ignorance. They have repeatedly been warned and have chosen to ignore those warnings.

RELATED: In the coming second American Civil War, which side are you on?

Last Saturday at a rally in Florence, South Carolina, Donald Trump continued with his threats of white supremacist violence. He suggested that his political cult members should enter into a lethal blood pact and fight an existential battle against the phantasm of “critical race theory” as proof of their loyalty:

Getting critical race theory out of our schools is not just a matter of values, it’s also a matter of national survival. We have no choice…. The fate of any nation ultimately depends upon the willingness of its citizens to lay down — and they must do this — lay down their very lives to defend their country…. If we allow the Marxists and communists and socialists to teach our children to hate America, there will be no one left to defend our flag or protect our great country or its freedom.

Trump’s commands are part of a larger pattern of behavior. At recent rallies in Arizona and Texas, he made similar hints at a “race war”, and other appeals to fascist violence. His threats are becoming ever clearer and less veiled: His suggestion that his followers must be willing to die in order to stop the imaginary threat of “critical race theory” almost directly echo the infamous neo-Nazi “14 words” slogan and pledge.

How did the American mainstream news media respond to Trump’s most recent white supremacist threats of violence and “race war”? For the most part, they ignored it. If an obligatory comment was offered about Trump’s hate rally in South Carolina, it was derisive. Those reporters who did write about Trump’s speech defaulted to obsolescent and dangerous habits of “horse race”  political journalism, or whitewashing Trump’s speech by focusing on “policy issues” or his signals that he is likely to run for president again in 2024. Such an approach normalizes, and therefore empowers, Trumpism and neofascism.

America’s mainstream news media and larger political class continue to demonstrate that they are unwilling to respond to the escalating threats posed by the Trump movement and the larger white right.

We need you to charge the machine gun nest…. Maybe I’m just asking you to dig a little bit deeper there or hold this side of the line, or form up cause we’re gonna counterattack over here, and that counterattack is, we’re gonna go after school boards.

Flynn’s summoning of violence was not random hyperbole: He was an intelligence officer and is a trained expert in psy-ops, propaganda and manipulation.

Ron Filipkowski, a former federal prosecutor and an expert on right-wing extremism, was among the first people to sound the alarm about Flynn’s recent comments. He offered further context in an email to Salon:

Flynn’s general message is that there is a global cabal that runs the world, which is controlled by elites who want to erode national sovereignty. The supposed global elites use the media, universities and other institutions to manipulate and control the population. Part of these claims is that there is a “deep state” of career civil servants and government officials who really run things and that elected officials do not.

I am most concerned with supervisor of elections and secretary of state races. These officials in swing states, most of whom were establishment Republicans, refused to go along with the Big Lie and did their duty in 2020. That is why it is a high priority for Trump, Flynn, Bannon and others to replace them. These are low profile and low dollar races that can be won with far less effort than others. These are also races that the GOP is intensely focused on and the Democrats are not. If election fraud conspiracy theorists take over the offices that run and administer our elections, coupled with all the new “voter fraud” legislation, that would be a huge threat to the survival of our democracy.

As with Trump, the mainstream news media was largely mute in response to Flynn’s comments.

In the Age of Trump and beyond, the Republican fascists’ tactics of stochastic terrorism in combination with increasingly overt and direct threats of political violence against Democrats, liberals, Black and brown people and other targeted “enemy” groups have proven highly effective. The Capitol attack of January 2021 was a direct result of these tactics.

Domestic terrorism and other law enforcement experts are warning that right-wing extremists have been empowered by events such as Jan. 6, and continue to be a great (and growing) threat to the country’s safety and security. The Department of Homeland Security has warned of an increased likelihood of right-wing terrorism and other political violence during the 2022 midterms and the 2024 presidential election.

Election board members and other public officials, particularly including school board members, find themselves under siege by threats of violence and intimidation. Public opinion and other research has shown that millions of Trump supporters are willing to support political violence and terrorism in order to “save” their notion of “traditional” America.

There are definitely lots of groups on the far right who want war. They are preparing for war. And not talking about it does not make us safer.

What we’re heading toward is an insurgency, which is a form of a civil war. That is the 21st-century version of a civil war, especially in countries with powerful governments and powerful militaries, which is what the United States is. And it makes sense. An insurgency tends to be much more decentralized, often fought by multiple groups. Sometimes they’re actually competing with each other. Sometimes they coordinate their behavior. They use unconventional tactics. They target infrastructure. They target civilians. They use domestic terror and guerrilla warfare. Hit-and-run raids and bombs.

Here it’s called leaderless resistance. And that method of how to defeat a powerful government like the United States is outlined in what people are calling the bible of the far right: “The Turner Diaries,” which is this fictitious account of a civil war against the U.S. government. It lays out how you do this. And one of the things it says is, Do not engage the U.S. military. You know, avoid it at all costs. Go directly to targets around the country that are difficult to defend and disperse yourselves so it’s hard for the government to identify you and infiltrate you and eliminate you entirely.

Walter continued by explaining that she was not surprised by the events of Jan. 6, 2021, and that in fact her “biggest emotion was just relief”:

It was just, Oh my gosh, this is a gift. Because it’s bringing it out into the public eye in the most obvious way. And the result has to be that we can’t deny or ignore that we have a problem. Because it’s right there before us. And what has been surprising, actually, is how hard the Republican Party has worked to continue to deny it and to create this smokescreen — and in many respects, how effective that’s been, at least among their supporters. Wow: Even the most public act of insurrection, probably a treasonous act that 10, 20 years ago would have just cut to the heart of every American, there are still real attempts to deny it. But it was a gift because it brought this cancer … out into the open.

The American political class, most of the news media and other elites remain committed to denial and happy-talk fables about the dire realities now facing the country. That applies to most of the public as well. But because of their experience with slavery, Jim  and Jane Crow and other forms of white supremacy and fascist violence, Black Americans — as well as others who have suffered under power — know to take these threats seriously.

In a previous essay at Salon, I warned that the fascist train is bearing down on the American people and that too many of them have convinced themselves that if they ignore the danger, they will somehow magically escape the destruction. Many white Americans in particular believe, consciously or otherwise, that white privilege (or their class, their gender or their religion) will protect them from the fascist onslaught. That is a massive and potentially fatal error of both assumption and inference. American fascism is being powered by white privilege in its most lethal form, but ultimately it will spare no one, of any race or color.

Read more on the rising threat of political violence in America: 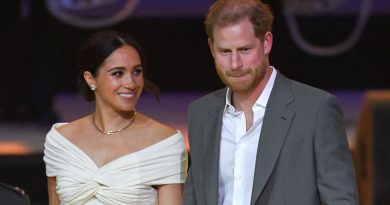