A chieftain of the All Progressives Congress (APC), Joe Igbokwe, has asked some presidential candidates in the party to “show respect and withdraw from the 2023 presidential race”.

Igbokwe, a former spokesperson for the APC in Lagos, in a post on his Facebook page on Sunday, advised politicians who are also members of the party who had been helped by the former governor of Lagos State, Bola Tinubu, to withdraw from the race.

There are speculations that he may be speaking indirectly to Vice President Yemi Osinbajo who declared to run for president on Monday morning.

It is believed in some quarters that Tinubu is the political benefactor of Osinbajo.

Tinubu has already declared his ambition to contest in the 2023 general election to be Nigeria’s president.

Igbokwe wrote last night, “Let me drop it here for history and posterity: If you are one of the people Asiwaju (Tinubu) raised up and you are eyeing the presidency of the federal republic of Nigeria, show respect and withdraw from the race.”

At the time Igbokwe made the post on Facebook on Sunday, Osinbajo was hosting All Progressives Congress governors in Abuja.

He had hosted the governors for the breaking of the Ramadan fast (Iftar) and declared his intention to them.

Apart from Tinubu, Osinbajo will be contesting the APC presidential primary against the Minister of Transportation, Rotimi Amaechi; Ebonyi State Governor, Dave Umahi; and Governor Yahaya Bello of Kogi State.

Other people in government believed to be eyeing the position but have yet to declare their intentions include: Ekiti State Governor and Chairman of the Nigerian Governors’ Forum, Kayode Fayemi; Minister of Labour and Employment, Chris Ngige and Governor of the Central Bank of Nigeria, Godwin Emefiele. 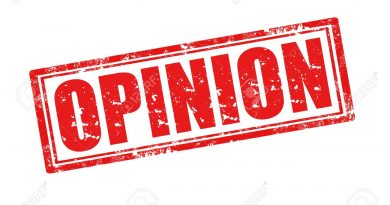 Shireen Abu-Akleh’s Murder Is A Reflection Of Palestine’s Ongoing Nakba, By Suraya Dadoo 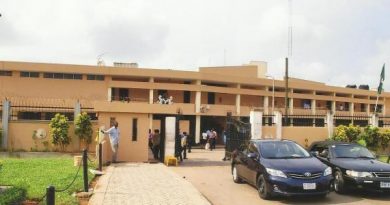