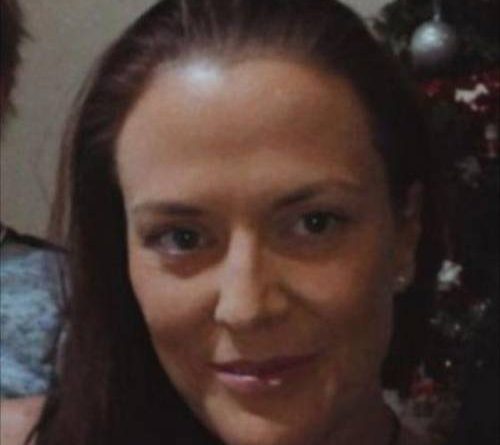 As Uganda’s much loved and respected President-Elect, Robert Kyagulanyi Ssentamu (aka Bobi Wine) took the stand to deliver his speech “How To Topple A Dictator” on Wednesday at the Geneva Summit in Switzerland, the Ugandan genocide raged on in the Karamoja region of North East Uganda, as countless people lay slaughtered, beheaded, dismembered or shot, as what remained of their homes, villages and their entire lives, dissolved into ashes as the fires set alight to destroy them, smouldered on relentlessly, throughout the night.

As if the ongoing senseless abduction, torture, rape and murder of Uganda’s people is not enough, the genocide continues to add to the ever-increasing death toll as it spreads in earnest to the arid Karamoja region and it is indeed, relentless …

The arid Karamoja earth is soaked with the blood of Uganda’s innocent and all any survivors can do is to look on, dazed and in a state of shock … for these are their mothers, fathers, children, brothers – and no one has been spared … families, homes, lives – all gone, overnight.

Photos begin to flood social media, some so horrific they come with warnings and a choice to view or not. The uncovered ones mostly show the deceased open-eyed, a mixture of surprise and shock frozen on their faces and many are seen to still hold either a knife, bow and arrow or wooden stick in their hands – a desperate last attempt at self-defence… and the Ugandans weep, they weep in sorrow, desperation and despair for their people as the news spreads and even other, faraway African countries can feel the pain of the Ugandan people – their cries catch the wind that carries them across our continent – and even the birds stop singing, briefly. We all just want it to STOP … watching in horror, as the world continues to turn a blind eye and as the body count grows, still maintains trade with Uganda – some countries even making new deals.

But we, outside Uganda, can see the truth – know that the sunny, happy “face” of Uganda with its inspiring tourism campaigns and cheerful photos of kids going back to school after lockdown being shown to the world as a means to further trick and deceive, is nothing more than the beautiful icing on a cake which belies that underneath it is completely, shockingly rotten to the very core.

The massacre of the people of Karamoja and the torture chambers, scattered throughout the country tell the true horror of Uganda today, as deliberately leaked footage taken inside the chambers, intends to intimidate and instil fear. Torturers are often seen in clothing bearing the letters “NRM” of the National Resistance Movement – the party of ageing 77-year-old retired senior military officer, Yoweri Museveni, who came into power in 1986 and conveniently changed the country’s constitution at will, to ensure his 36-year rule.

It is widely known, internationally as well, that (despite a seemingly well-timed sabotage attempt, or “internet outage” Uganda’s 2021 elections were clearly rigged and were noted as such by concerned international observers as being the most violent and unfair election ever held in Uganda’s history.

As if there were a shred of doubt about who the people voted for as their President, the subsequent constant, relentless targeting of all members and supporters of President-Elect Bobi Wine’s party, the National Unity Platform (NUP) is surely proof enough, as it continues unabated as those unable to flee or hide, are slowly picked off one by one, many never seen, ever again. Those that do make it, mostly have visible signs of prolonged, barbaric torture on their bodies as further proof as well as deep mental and emotional scars which will never completely heal.

The killing continues across Uganda even now, with not just increasing body counts as proof but also, deliberately leaked footage of the callous torture of the Karamoja people now also being inflicted on them. The fact that footage clearly shows that the torture is perpetrated by armed men in full military uniform, which further confirms reports like those on 29th March by local people desperately crying ‘security forces are shooting unarmed civilians!’ and again on 4th April in the Abim district when voices screamed: “soldiers are attacking innocents!”

The Karamoja region of Uganda, in the past decade especially, has had several clashes and allegations of violence against them, with the UDPF allegedly disarming them and another incident where both ground forces and a helicopter gunship were used. Karamoja is often referred to as the “Basket of Uganda’s minerals” with over 50 minerals found there including gold, lithium, copper, iron ore, marble and graphite to name a few. Gold is said to have overtaken coffee as U$1 billion gold was exported from Uganda in 2011 alone.

Karamoja, however, is known to have one of the highest poverty indexes and it would seem as though the area and the Karamoja people have remained an “afterthought” by the government – that is, of course, until the recent discovery of the area’s vast, hidden mineral wealth.

Karamoja echoes present-day Northern Nigeria, with its own genocide raging as “cattle herding bandits” also leave families dead and burn villages in their wake. As news broke of Karamoja’s killing fields, a commuter train carrying just under 1,000 innocent commuters was under terrorist attack. It was not lost on us, that this all happened whilst the world was on high alert, with their eyes and ears all focused on Ukraine.

President-Elect of Uganda, Robert Kyagulanyi Ssentamu, after delivering his powerful ten-minute speech on the world’s stage in Geneva, concluded his passionate plea to the world for his people and for his country as he ended, with a clear request to the international community “If you cannot help us, please stop sponsoring our oppression, please stop being the paymasters of our oppressor. If that stops, then that will be the beginning of the liberation of the people of Uganda.”

Tilley is a fellow African, in solidarity with the Ugandan people. I dedicate this article & my voice to all Uganda’s truth speakers, activists, writers and journalists silenced by torture, incarceration, death and those living in exile.

Adamu Garba Says Only Money Matters In APC As He Withdraws From Presidential Race, After Raising N83.2Million From Donors