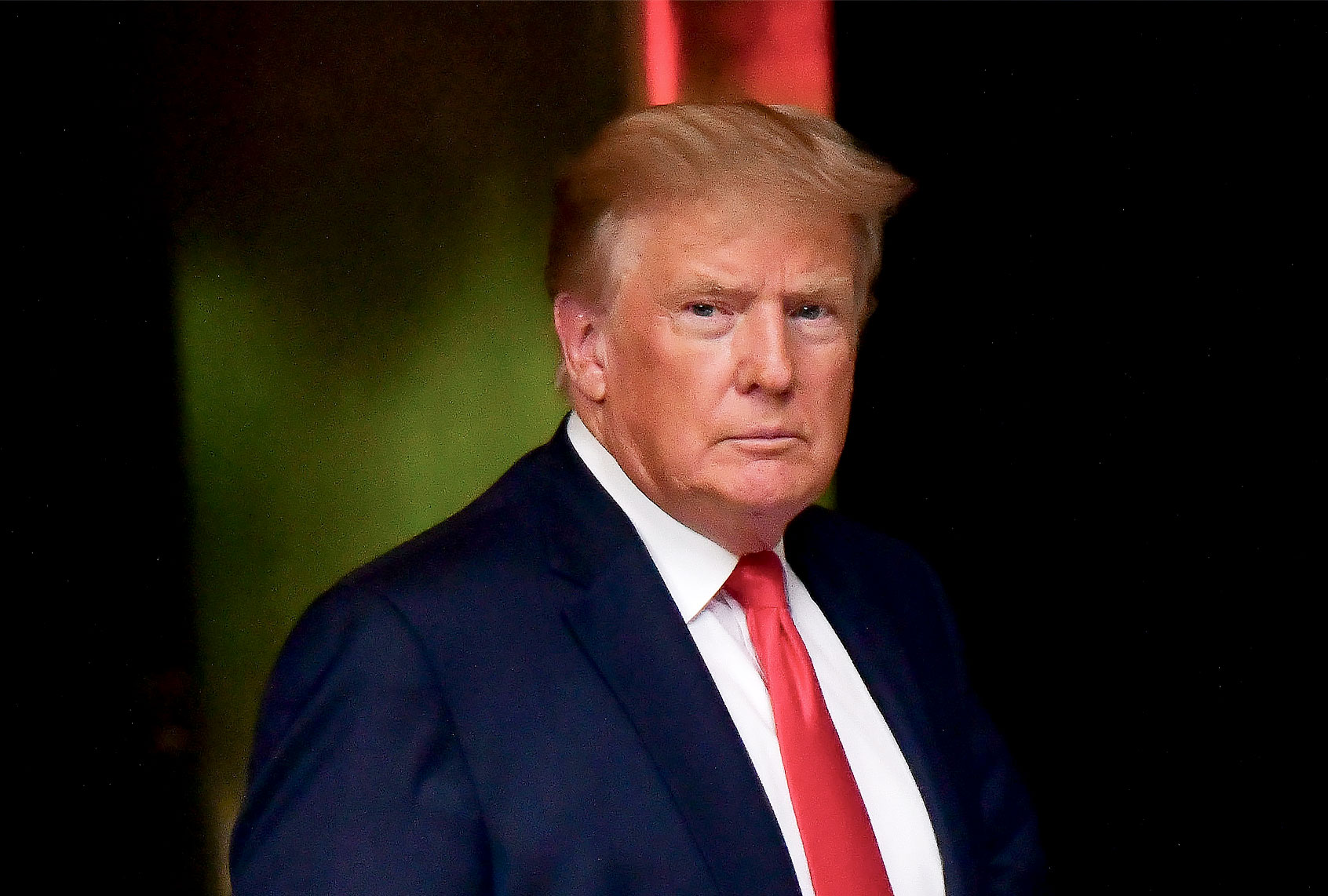 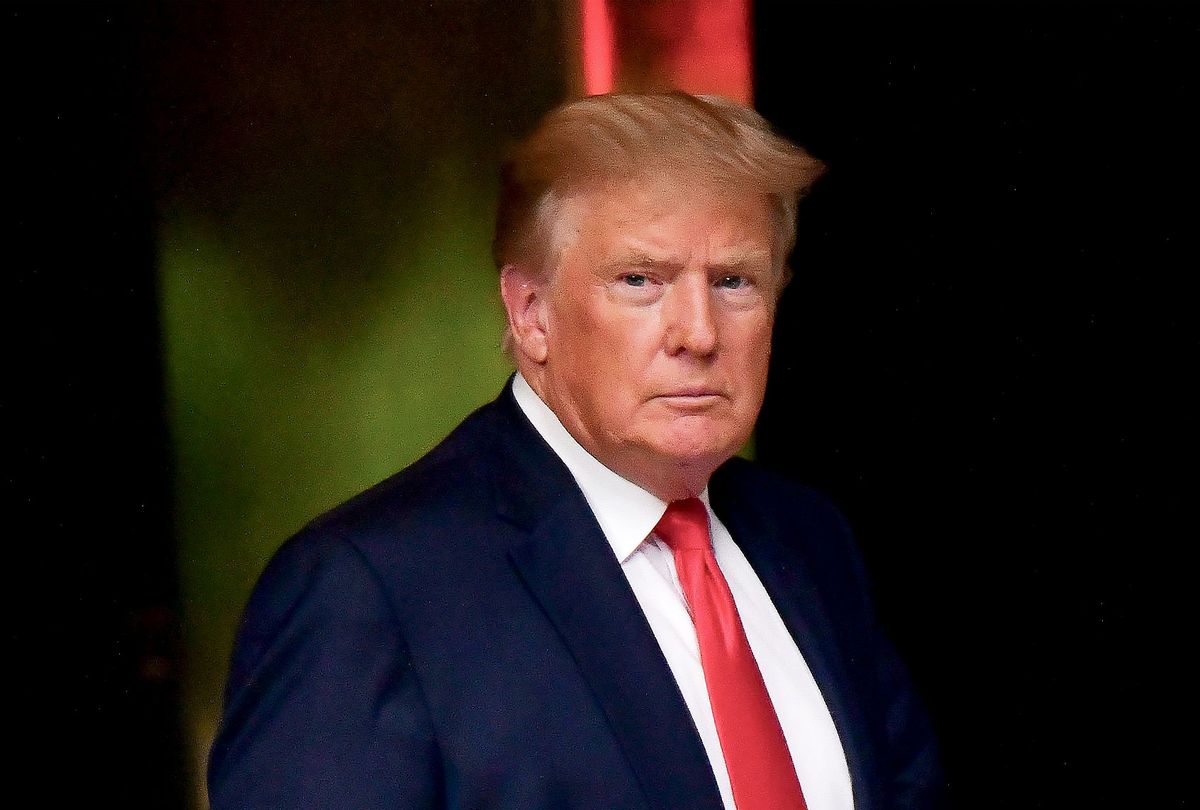 The Trump administration failed to provide records of gifts that former President Donald Trump, Vice President Mike Pence and other administration officials received from foreign governments in 2020, according to the State Department.

The State Department in a report set to be published in the Federal Register this week said that the Executive Office of the President did not turn over information about gifts that Trump and his family received from foreign leaders in 2020. The report also said that the General Services Administration (GSA) similarly failed to provide information about gifts received by Pence and White House aides. The department said it requested the missing information from the GSA and the National Archives and Records Administration but was told that “potentially relevant records” were restricted, according to the report.

The revelation comes amid a slew of reports about the Trump administration’s handling of sensitive materials that are governed by federal law or the Presidential Records Act, which requires official documents and gifts to be preserved by the government. The National Archives earlier this year retrieved 15 boxes of materials that were improperly removed from the White House, including what Trump once described as “love letters” from North Korean dictator Kim Jong Un. Some of the documents were classified or labeled “top secret,” the National Archives said. Others were torn up and had to be taped back together. The House Jan. 6 committee is also investigating a nearly eight-hour gap in Trump’s phone records on the day of the Capitol riot.

“It’s flagrant and it looks terrible,” Richard Painter, the former ethics chief in the George W. Bush administration, told The New York Times of the missing gift records. “Either it was really stupid or really corrupt.”

Federal law requires each federal agency to submit a list of gifts over $415 received from foreign governments to the State Department. Though Trump’s travel was limited in 2020 due to the pandemic, he flew to Indiana and Switzerland, where he received a bust of Gandhi and a sculpture of Gandhi’s “three monkeys” metaphor, among other items. He also hosted over a dozen foreign leaders at the White House.

“The only reason you don’t keep the perfunctory records that every administration is readily equipped to keep is because you intend to violate the law,” argued former U.S. Attorney Joyce White Vance, a law professor at the University of Alabama.

The State Department report said that the Office of the Chief of Protocol, which was run by a Trump appointee, failed to ask the White House for a list of Trump’s gifts before he left office and the White House did not turn one over. “As a result, the data required to fully compile a complete listing for 2020 is unavailable,” the report said in a footnote, adding that there had been a “lack of adequate recordkeeping pertaining to diplomatic gifts” going back to Trump’s first year in office.

The State Department’s inspector general revealed in November that tens of thousands of dollars in gifts given to Trump administration officials had gone missing, including a $5,800 Japanese whiskey given to Secretary of State Mike Pompeo and a commemorative gold coin received by another department official. The Times also reported last year that Trump administration officials had kept white tiger and cheetah furs gifted to the White House by Saudi Arabia, potentially running afoul of the Endangered Species Act, though they were ultimately turned over to the Interior Department which determined they were fake. The administration also failed to disclose that Trump’s son-in-law Jared Kushner received two swords and a dagger from the Saudis, though Kushner ultimately paid $47,920 for them and other gifts a month after Trump left office, according to the Times.

Painter told the Times that the failure to disclose foreign gifts violates the foreign emoluments clause of the Constitution, which makes it illegal to accept unapproved gifts from foreign officials. But Painter acknowledged that the emoluments clause is “toothless and has no criminal or civil penalties,” according to the Times, making it difficult to hold a former federal official accountable.

But Trump could still face legal trouble from his administration’s handling of materials. The House Oversight Committee is investigating the removal of classified materials to Mar-a-Lago, as well as other reports that Trump ripped up sensitive documents and may have flushed documents down a toilet in the White House residence. The Justice Department is also investigating the removal of the classified documents.

The Jan. 6 committee meanwhile has increasingly focused on the gap in the White House phone logs, which came during the same time as Trump supporters stormed and invaded the Capitol in an effort to stop the certification of his election loss.

The Times reported on Sunday that the panel has concluded there is enough evidence to make a criminal referral against Trump to the DOJ but members of the committee are split on doing so over concerns that it would politicize the investigation by making it seem that the DOJ was investigating Trump at the behest of the Democratic-led House. A federal judge overseeing a case related to records sought by the committee found last month that Trump “more likely than not” violated federal laws in his post-election scheme.

Rep. Liz Cheney, R-Wyo., the vice-chair of the committee, told CNN on Sunday that the committee has not made a final decision on a DOJ referral but acknowledged that the panel believes Trump violated federal law.

“I think that it is absolutely the case, it’s absolutely clear that what President Trump was doing, what a number of people around him were doing, that they knew it was unlawful. They did it anyway,” Cheney said. “I think what we have seen is a massive and well-organized and well-planned effort that used multiple tools to try to overturn an election.”