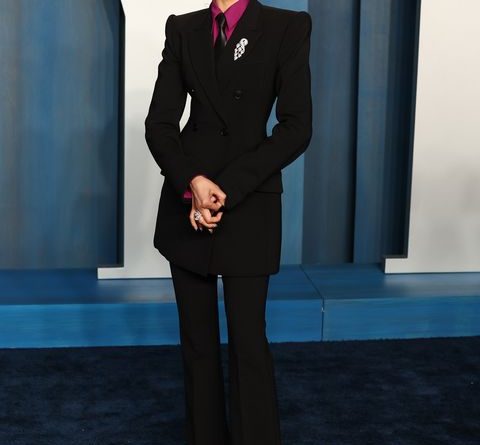 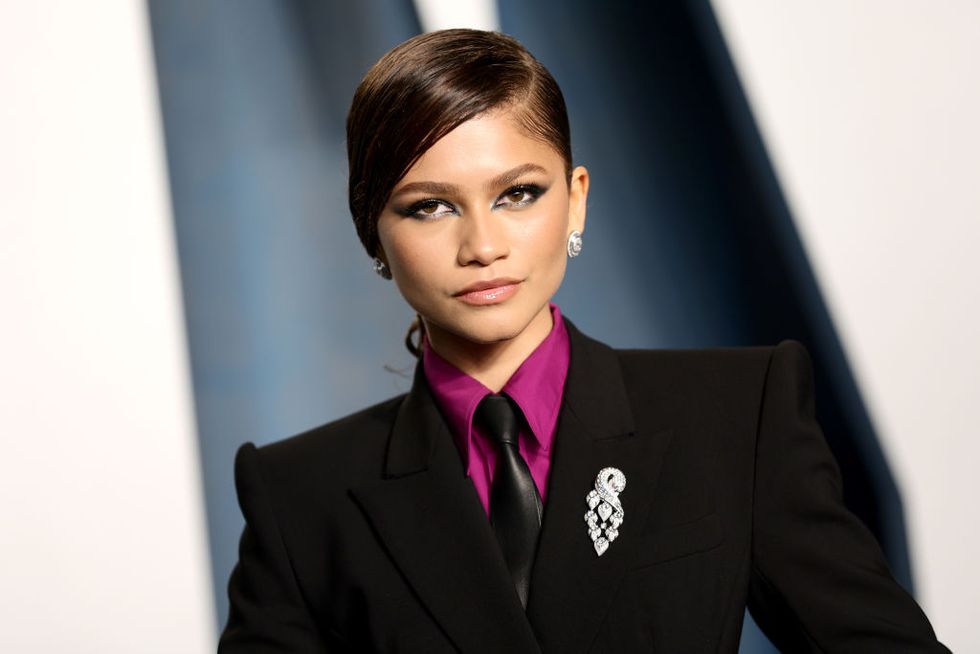 Zendaya in only one outfit on Oscars night? As if. The Dune actress switched up her look for Vanity Fair‘s Oscars after-party, opting for a pointy-shouldered power suit after drawing gasps with her Valentino white silk crop top and long, glittering skirt earlier in the evening.

While Zendaya wasn’t individually nominated at the 2022 Oscars, her film Dune was up for Best Picture. Zendaya’s role as Chani was notoriously small in the first film, but the Euphoria actress is looking forward to stretching her limbs further in the sequel. “[Director Denis Villeneuve and I] had a little discussion about who Chani is and the strength she possesses,” Zendaya told Empire in August. “She’s a fighter, that’s what her people are. I only really had a few days with her, so I kind of scratched the surface, but it was so much fun figuring her out. What does she walk like, what does she talk like? This is her planet, so how does she navigate this world? It was so fun.”

She also had glowing things to say about her co-star Timothée Chalamet, who drew his own headlines with a chest-baring suit at the Oscars. “We met at my chemistry read,” Zendaya said. “I felt like we’d known each other forever, like this was my homie growing up. We became really great friends. He’s obviously very talented and really passionate about his job and takes it very seriously, and I think it shows in his career. Taking on this massive movie, I would be terrified, you know what I mean? But he handles it with such grace. He’s brilliant.”

Although her boyfriend, Tom Holland, was nowhere to be found at either the Oscars or the after-party, we like to think she and his Spider-Man: No Way Home co-star Andrew Garfield sent him this selfie as a reminder of their love:

Zendaya and Holland keep their relationship relatively private, given the massive attention around the movie and television franchises they’re both part of, but the Dune actress seems smitten behind the scenes. Only a few days ago, on March 20, they were spotted on a coffee date in Boston. Of their romance, Zendaya told GQ in November 2021, “The equal sentiment [we both share] is just that when you really love and care about somebody, some moments or things, you wish were your own… I think loving someone is a sacred thing and a special thing and something that you want to deal with and go through and experience and enjoy amongst the two people that love each other.”

I can’t forget — but I can’t remember what: Trump, the pandemic and memory