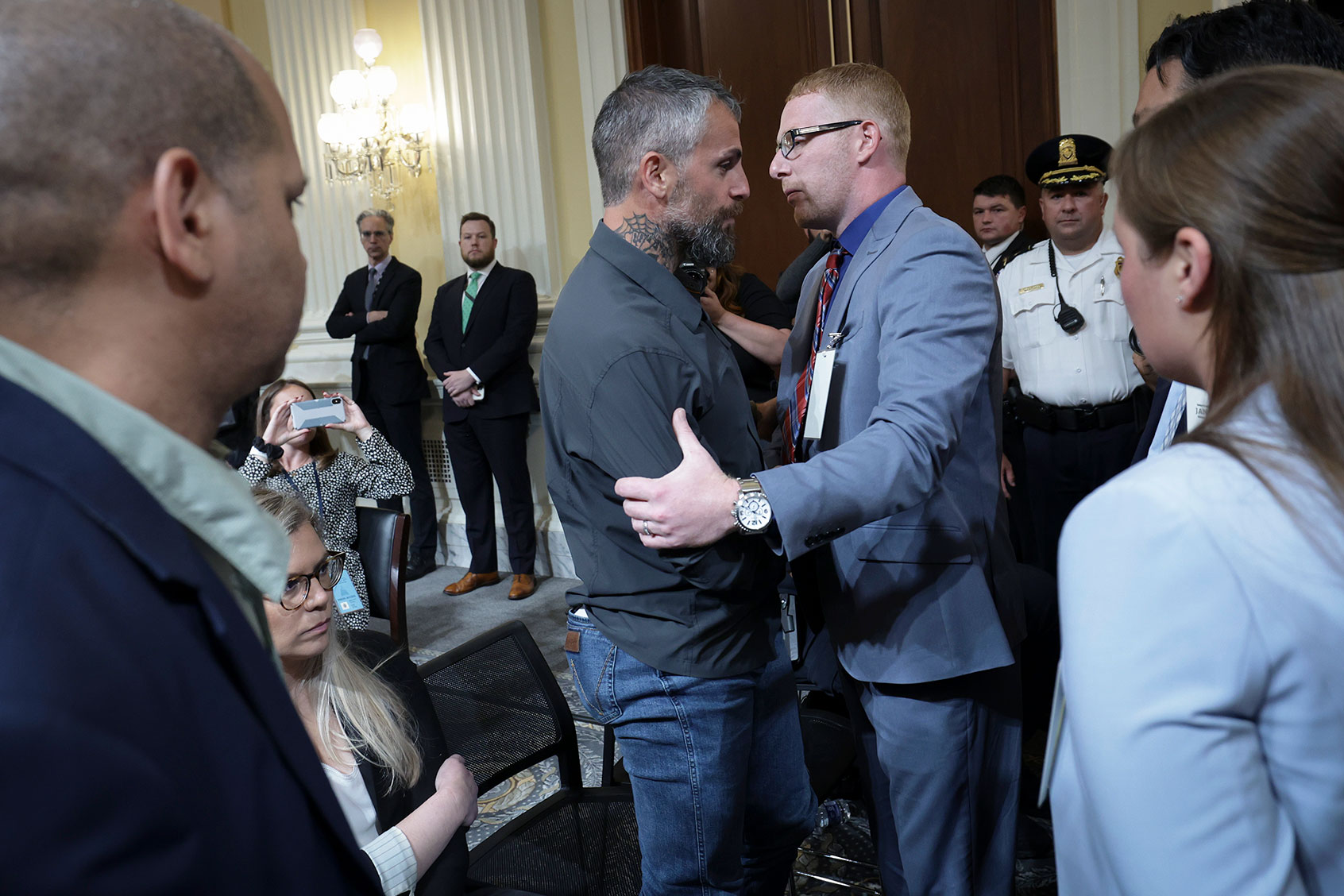 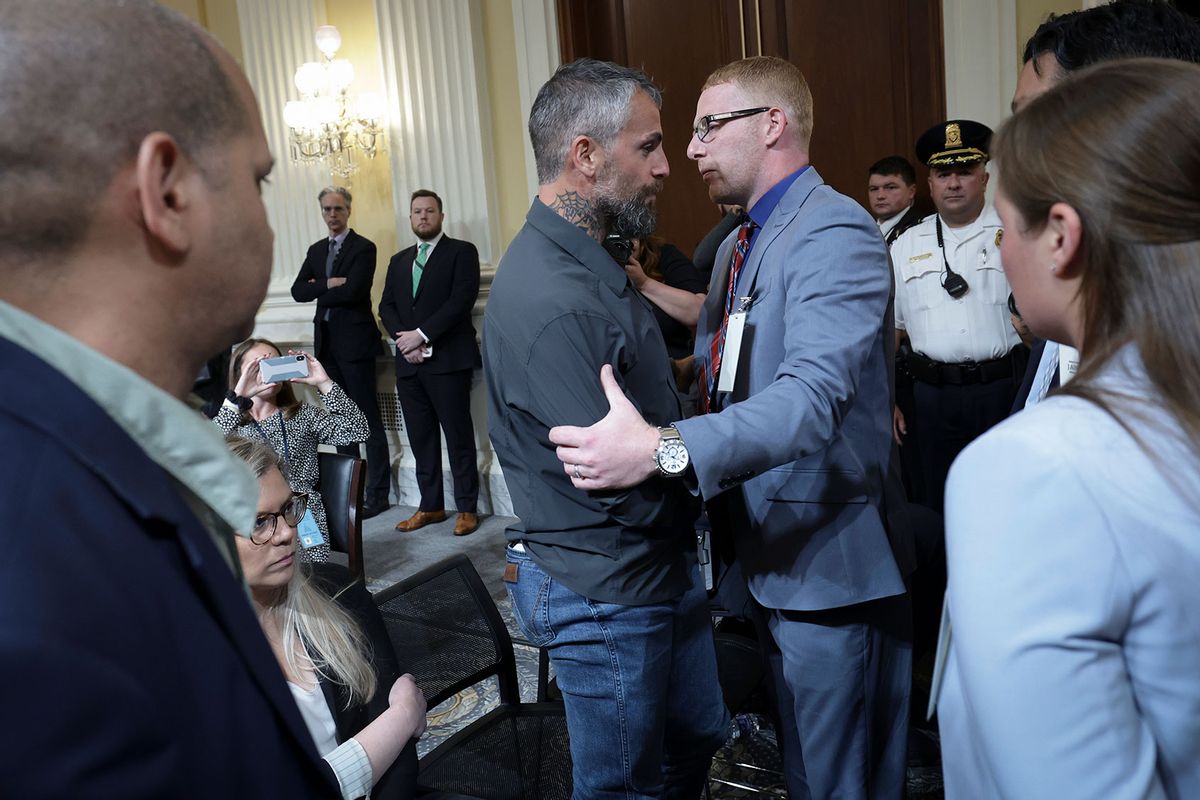 “President Trump is a 76-year-old man. He is not an impressionable child.”

The seventh of the summer’s public hearings for the January 6th committee opened with Rep. Liz Cheney, R-Wyo., issuing a blunt rebuttal of what has become a popular denial of Donald Trump’s responsibility for the Capitol insurrection: Trump is just too dumb to have known what he was doing.

The argument is that all of the lies about the election were not, as they seem, a deliberate attempt to incite an insurrection. That all of his links to extremist groups who stormed the Capitol are just a remarkable coincidence. That all of his behavior was merely an incoherent tantrum of an idiot man-child who was just unfortunately misinterpreted by his loyal supporters. That Trump is merely an innocent victim of the rioters who took things too far.

But, as Cheney’s opening statement made clear, the committee is asserting the opposite. Trump is a sinister cult leader who knowingly exploited his gullible followers into rioting on his behalf.

What the committee hearing on Tuesday made clear is that Trump viewed his supporters as mere instruments in his quest for illegally obtained power. He cared not one whit how much damage he inflicted on his supporters.

“These Americans did not have access to the truth,” Cheney said of the Big Lie believers. “They put their faith, their trust, in Donald Trump … he deceived them.”

The same tribalism and self-deception that led these two men to extreme lengths is endemic in the world of Republican voters.

To be sure, there’s a genuine tension there. Painting Trump as a mastermind who knows what he is doing, but portraying his followers — or a good chunk of them, anyway — as mere dupes feels like a contradiction. If the Big Lie is so obviously false that Trump didn’t believe it, then why would his followers believe it? Or, conversely, if his followers convinced themselves the Big Lie was real, then why couldn’t Trump have done the same? Isn’t it simpler to just view Trump and his followers as like-minded liars, people who collectively agree on falsehood in order to achieve their political ends?

Of course, there’s a political reason for drawing a distinction between Trump-the-knowing-liar and his duped followers. Over 74 million Americans voted for Trump. Dismissing them all as irredeemable fascists is not good politics, especially when the goal is to counter the civil war-style political rhetoric that Trump and his allies have engaged in. As committee Chairman Rep. Bennie Thompson, D-Miss., noted, “We settle our differences at the ballot box.” That is a much easier proposition to return to if Trump voters are allowed an offramp narrative about how they never meant to back a fascist revolt against democracy.

But it’s also fair to say that the committee made a decent case for this story about a lying Trump sending his sheeplike followers to the slaughter.

So far, the hearings have presented overwhelming circumstantial evidence suggesting that Trump was actively conspiring with far-right leaders like Steve Bannon and groups like the Proud Boys and the Oath Keepers to plan the Capitol riot. The committee presented direct evidence that Trump spent a good amount of time plotting the march on the Capitol, as well. They showed evidence that such machinations were being hidden even from much of the White House staff.

The committee showed that there was a huge gulf between the information that Trump followers were privy to and the information Trump himself was privy to. Trump, they showed time and again, was being told by all his top advisors and consultants and lawyers that he lost the election. He knew full well that he lost every important court case challenging the election. Under the basic understanding of the law, there’s no way that a reasonable person in his situation could possibly believe the election was stolen.

A message to Trump voters: It’s okay to walk away. It’s okay to entertain doubts. There is a path out, as long as you find the courage to take the first steps.

His followers, however, were not beneficiaries of a team of lawyers and advisors insisting on facts. The committee argued that many of them — especially those that marched on the Capitol — were submerged into a dystopian world of disinformation that made the Big Lie seem very believable. As Rep. Jamie Raskin, D-Md., said, there were “three rings of interwoven attack”: Trump and his inner circle of coup plotters, the far-right militia groups that were working with Trump allies like Roger Stone and Michael Flynn, and then the MAGA normies who showed up for a rally, only to get swept up in the plot to raid the Capitol.

The two witnesses, Stephen Ayers and Jason Van Tatenhove, who testified on Tuesday did not speak long. But their brief remarks were effective in portraying how ordinary people got snookered into doing Trump’s bidding. As they spoke, the nuanced aspects came into play. Both men had less than pure intentions, of course, when they first immersed themselves in the MAGA world. But both painted a picture of being pulled in deeper than they ever intended it to go. For Van Tatenhove, the Oath Keepers had quickly become his livelihood and walking away meant financial hardship for him and his family. Ayers, in his brief remarks, came across as someone who had found a community and purpose by steeping himself in the world of MAGA social media. By the time he was at the Capitol, his testimony suggested, he had lost the perspective needed to avoid committing crimes at the president’s behest.

As former cult member Daniel Barban Levin told Salon last year, “Nobody joins a cult. They join a group of friends or they join a self-help group or whatever it is.” And by the time you realize you’re in a cult, you’re often so enmeshed it’s hard to escape.

The same tribalism and self-deception that led these two men to extreme lengths is endemic in the world of Republican voters. It’s why Fox News exists: So that people who want to believe lies have a steady source they can plug into. Fox News drowns out unpleasant facts that can alienate people in red communities from friends, family, and neighbors. Putting Ayers and Van Tatenhove at the center of the hearing today — and portraying them, ultimately, as Trump’s victims — sends a message to Trump voters: It’s okay to walk away. It’s okay to entertain doubts. There is a path out, as long as you find the courage to take the first steps.

Trump viewed his supporters as mere instruments in his quest for illegally obtained power.

Most Trump voters, of course, will ignore the message. The ego bruising of admitting it was wrong to support him is more than most can take. But still, it’s hard to imagine that some who harbor doubts won’t feel a pang of recognition hearing these two men tell their story. Trump’s power runs only through his cult-like hold over his base. The more people who realize he’s just using them and decide to walk away, the weaker he gets. Because of this, it won’t be a surprise if Ayers and Van Tatenhove get the same vicious treatment that comes for people such as Scientologists who quit the religion. Intimidating followers into staying is a classic cult tactic. But if such tactics are rolled out, it will only serve as more proof that Trump is just another flavor of Jim Jones or David Koresh: Someone who views his followers not as people, but as tools to be used and thrown away as he sees fit.

RELATED: No regrets for Trump voters: The media needs to stop looking for buyer’s remorse

The intriguing, well-acted “Immaculate Room” isolates a couple for 50 days as a test of resolve

The healing power of the peach

The elaborate Manti Te’o girlfriend hoax, its aftermath and where he is now