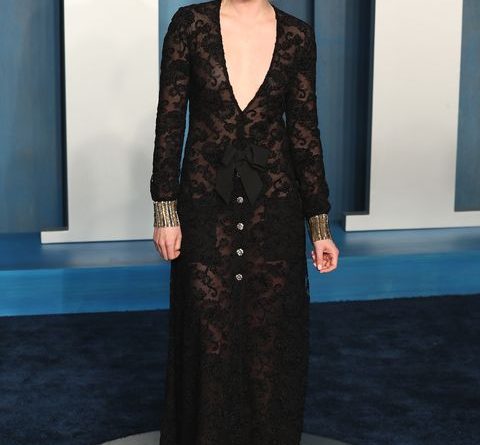 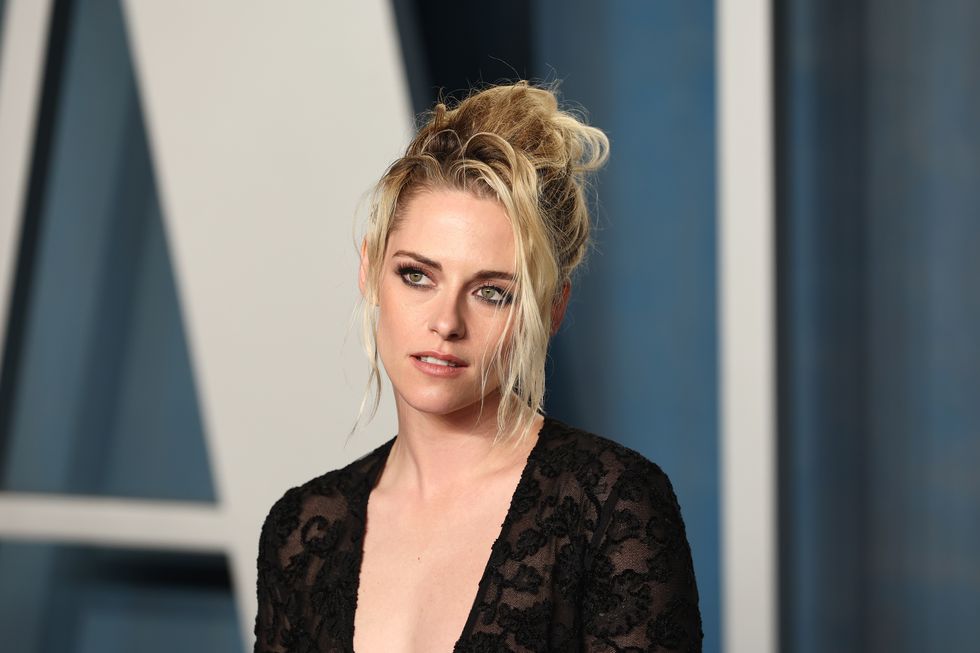 Kristen Stewart didn’t settle for one outfit on her big night as a first-time Oscars nominee: She swapped shorts and stilettos for a see-through Chanel gown during the Vanity Fair Oscars after-party. Earlier in the evening, she’d strutted the Academy Awards red carpet with fiancée Dylan Meyer, though it wasn’t long before she traded her heels for loafers.

Stewart was up for Best Actress for her role as Princess Diana in Spencer, though ultimately Jessica Chastain took home the honor for The Eyes of Tammy Faye. When Stewart first received news of her nomination, she said in a statement, “WOW I wish Pablo [Larraín, Spencer‘s director] and I were in the same country today. I wish I could see his face. I am speechless and humbled this morning. I am bowled over by this. I never thought in a thousand years I’d be in the company of these four incredible women. I would pay to make movies. I would make them if it was illegal. This is dream state, to share on this level.”

Stewart later spoke to Vanity Fair about how she felt about her Oscars nomination. “Everyone wants to win an Oscar, you know?” she started. “I’m totally touched.” But for the Twilight actress, the honor was less about a little gold statute than Spencer—and the late, great Princess Diana—getting the recognition they deserve.

“[Pablo Larraín] just loves this movie and me so much, and the purity of that is the sweetest and coolest thing,” she said of their time creating the film and doing the award season circuit together. “We had such a great fucking time. There’s no way around that.”

The connection between social media use and vaccine hesitancy

Influencer culture is everywhere — even in academia

Legal experts: Trump attorneys may throw him under the bus after DOJ moves to hold them in contempt