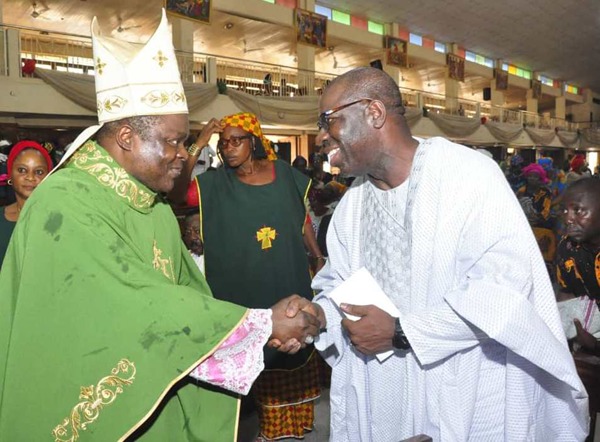 The Catholic Bishop of Uromi Diocese, Most Reverend Donatus Ogun, has commended the Edo State Governor, Mr. Godwin Obaseki for ensuring violence-free conduct of the Presidential and National Assembly elections in the state.

The Bishop gave the commendation while delivering a homily at the Thanksgiving Mass in celebration of Professor Emmanuel Emovon’s 90th birthday anniversary, held at St. Paul’s Catholic Church in Benin City, on Sunday.

The Bishop expressed delight at the peaceful atmosphere in the state after the conduct of the Saturday, 23rd February’s Presidential and National Assembly elections, noting, “We just completed a phase of the 2019 general elections and I am happy about the way and manner Edo State electorates conducted themselves and maintained peaceful disposition throughout the state. I thank the governor and all his men for ensuring a peaceful election in the state.
https://www.vanguardngr.com/2019/02/urhobo-vote-for-okowa-is-a-vote-for-our-govship-slot-in-2023-majemite/

“We will continue to pray for Governor Obaseki and all those working with him for ensuring we have peace in the state, unlike in some other states in the country.”

The governor, who attended the Thanksgiving Mass, described the celebrant as an Edo icon who has made Benin people proud.

Obaseki noted that Prof. Emovon represents hard work, humility, stewardship, honesty and accountability, adding, “he represents the best as he has been a teacher, professor, university administrator, minister and a chief.” 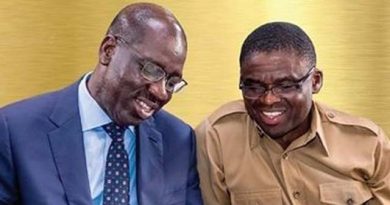 If you didn’t already know, Jennifer Garner is a skincare queen. She’s been a Neutrogena brand ambassador for years and