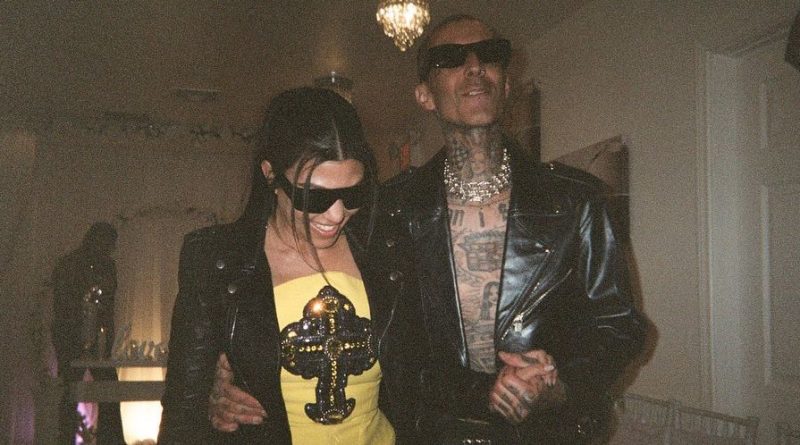 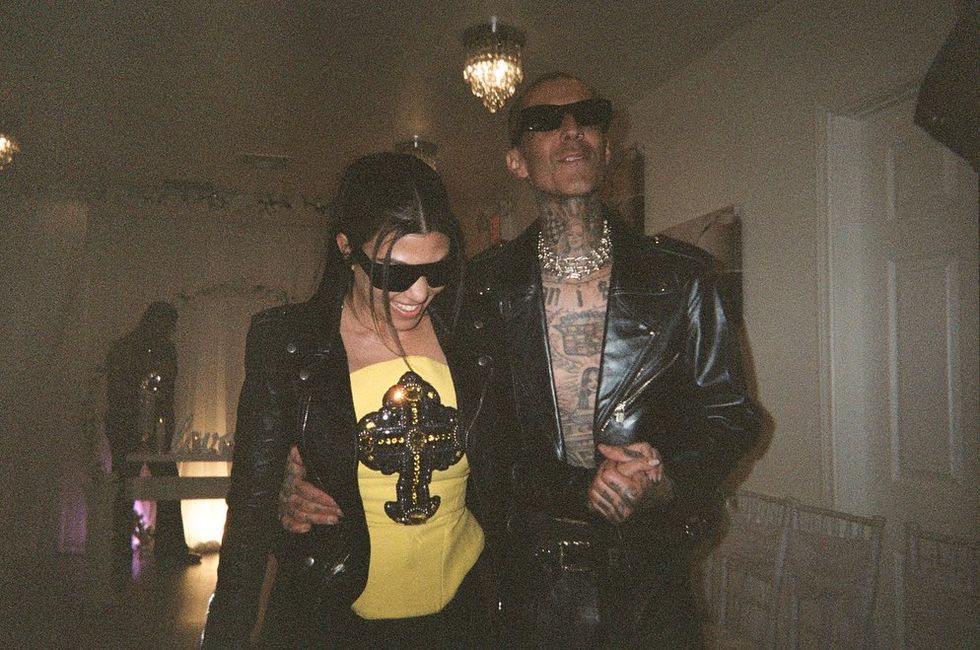 The Kardashian-Jenners (all except Kylie Jenner) appeared on Jimmy Kimmel Live! last night to promote their upcoming Hulu reality series The Kardashians. In Kimmel’s 15-minute interview with the family, the host addressed Kourtney Kardashian’s Las Vegas “wedding” to Travis Barker pretty early on, and Kourtney clarified the lengths they went to try to make it a legal wedding, even though it was ultimately just “practice” for the real thing later, as they didn’t have a marriage license.

“It is called that,” Kimmel insisted.

“There was no possibility to get a marriage license at that hour… I’m like, ‘Are you guys lying?’ We asked like five times,” Kourtney recalled, also in disbelief that you couldn’t get a marriage license at any time in Vegas, where so many elopements happen. “‘What do we have to do to make this happen?’” she recalled the couple asking. “It was 2 A.M., and they were like, ‘It opens at 8 o’clock.’ We did [want to get married for real]. We just did it anyways. It’s whatvs in the heart.”

The family added that Khloé Kardashian and Kris Jenner were aware that the practice wedding was happening. “I was on FaceTime,” Khloé said.

“I was sleeping,” Kim Kardashian said. “She [Kourtney] put it in the group chat, like, ‘Oh hey guys, by the way, I got married last night.’ And I woke up to like a million texts. I was like, ‘What?’”

You can watch the family’s interview below:

Kourtney confirmed reports of her Vegas “wedding” to Barker on Instagram yesterday. “Found these in my camera roll,” she wrote. “Once upon a time in a land far, far away (Las Vegas) at 2am, after an epic night and a little tequila, a queen and her handsome king ventured out to the only open chapel with an Elvis and got married (with no license). Practice makes perfect.”

Hummus, peanut butter and sour cream: The “butter board” trend has officially gone too far