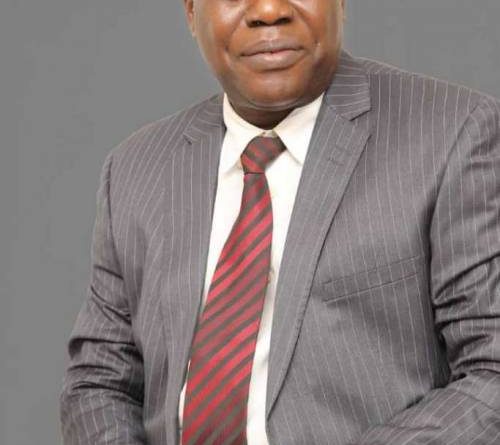 The unimaginable magnitude of insecurity crisis seizing Nigeria today is indicative of the fact that the wheels of the nation is gradually grinding to a halt. Religious Hypocrisy, intolerance and extremism has further compounded our tales of woes as a nation.

It has gotten to a point where there is little or no difference between a war zone and the current Nigerian situation; kidnappings, insurgency killings, banditry and now hijacking passengers and bombing of train is the latest. Some years ago, the spotlight was on violent conflict between farmers and herders. Before that, it was Boko Haram. Even earlier, it was the tensions in the Niger Delta, and so on

In the run-on to the 2015 general election, as the candidate of the major opposition party, Muhammadu Buhari freely criticized the then president, Goodluck Jonathan using vile languages. His criticism incited his Muslim supporters to bury the former president and his party, PDP in a mock coffin. Additionally, Buhari spearheaded various protests against the administration of Goodluck Jonathan just to unseat him. However, the tables has turned to his favour, and he is always quick to stifle criticisms and freedom of expression, hiding under the cloak of religion.

As a nation, we are, on daily basis, confronted with issues ranging from killings, banditry, kidnappings, insurgency, hunger, among others. Without mincing words, Nigeria has become like an hamster on wheels, it looks like it’s running but it is still on one spot, repeating the circles. The entire system has become completely overwhelmed. The more things appear to change, the more it remains the same; even worse.

The most recent being Chief Imam of Apo Legislative Quarters Mosque, Shiekh Nuru Khalid, who, unfortunately, was suspended over his Friday sermon.

The Digital Imam, had, in the sermon, criticised the government for its failure to stop insecurity in the country. He specifically told the electorate not to vote for any politician who cannot guarantee them the safety of lives and properties.

In his words, “Nigerian masses should resort to only one term which is – protect our lives, we will come out to vote; let us be killed, we will not come out to vote, since it’s only elections that you people know.”

However, the message was interpreted to be “anti-government” and as “inciting public outrage”, and he was suspended. At the risk of sounding like a broken record or an alarmist, recent events in the country is indicative of the fact that the current spate of insecurity has a religious undertone.  The dethronement of Sanusi Lamido II as theEmir of Kano over a letter similar to Khalid’s message
proves this.

At this juncture, one wonders why the Nigerian government led by President Muhammadu Buhari, unbothered to show he cares about the mass cull of fellow humans and citizens, is quick to clamp down on anyone, particularly citizens who criticizes his government. Unfortunately, this explains why the same elements hiding behind region easily acquiesce to bad leadership.

The Nigerian government has proven time and time again that it abhors criticisms, even genuine concerns, by the citizens who seek better accountability and improvement on the country’s state of affairs.

İldan notes that in a country where people are afraid of criticising the government, many things must be going horrible! Hence, rather than stifling criticisms with terms like “hate speech” to avoid being held accountable, government should see such as avenues for formulating better policies, inclusive societies, as well as paving ways for economic and social progress.
We cannot continue like this.
ARISE ‘O COMPATRIOTS
Richard Odusanya is a Social Reform Crusader and the convener of AFRICA COVENANT RESCUE INITIATIVE ACRI. 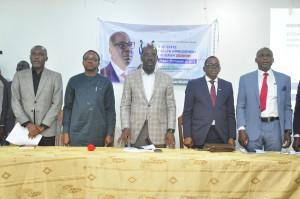 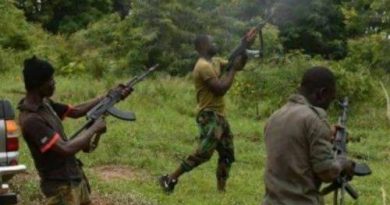