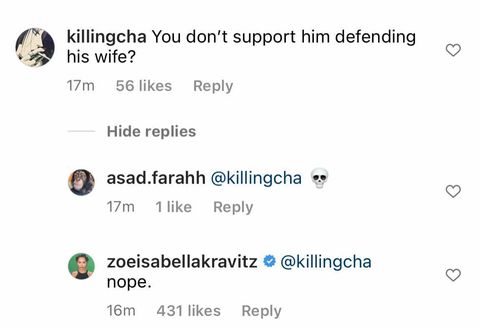 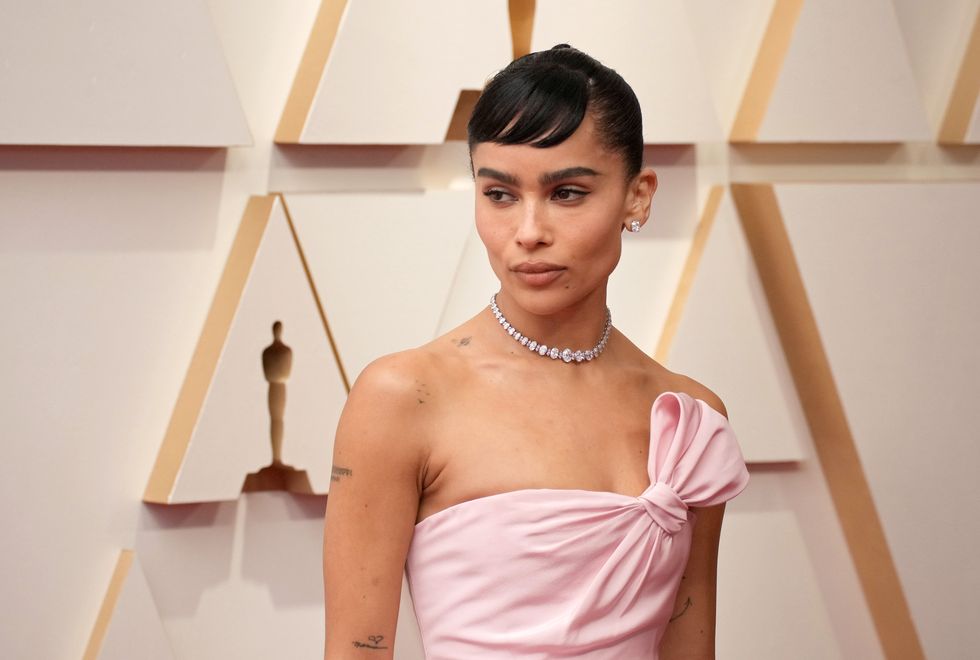 Zoë Kravitz, like many others, is not okay with Will Smith slapping Chris Rock at the Academy Awards after Rock’s distasteful on-stage joke about Smith’s wife. The actress shared photos of herself in her Saint Laurent Oscars ceremony and after-party looks on her Instagram. Her captions made her stance candid on the infamous slap: “Here’s a picture of my dress at the show where we are apparently assaulting people on stage now,” she wrote in her first Instagram.

A fan in the comments asked, “You don’t support him defending his wife?” She responded, “nope.” (Rock joked that Jada Pinkett Smith looked like “G.I. Jane” with her shaved head. Pinkett Smith has been vocal about having alopecia, a hair loss condition.)

In her after party post, she doubled down on that stance, writing, “and here is a picture of my dress at the party after the award show -where we are apparently screaming profanities and assaulting people on stage now.”

Smith publicly apologized to Rock and the Academy yesterday evening. “Violence in all of its forms is poisonous and destructive,” he wrote. “My behavior at last night’s Academy Awards was unacceptable and inexcusable. Jokes at my expense are a part of the job, but a joke about Jada’s medical condition was too much for me to bear and I reacted emotionally.”

He is under formal review by the Academy for his conduct. Rock declined to press charges, per the LAPD.

Kravitz spoke to ELLE for its March issue about how she is dedicated to being honest on her social media. On why she took a break from Instagram last fall after some commenters criticized her for wearing a sheer dress to the Met Gala, Kravitz explained, “I do what I want to do, and I make what I want to make, and if I’m now starting to be afraid of what other people are going to say or think, I’m no longer doing my job as an artist. I’m not experiencing the world and putting that into art. I’m walking on eggshells. Fuck that. So, I needed to take a minute.” 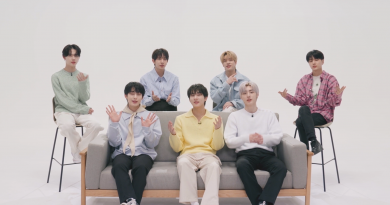 When it comes to skincare, there is power in numbers. Regardless of your skincare goal, you’ll need a mighty crew