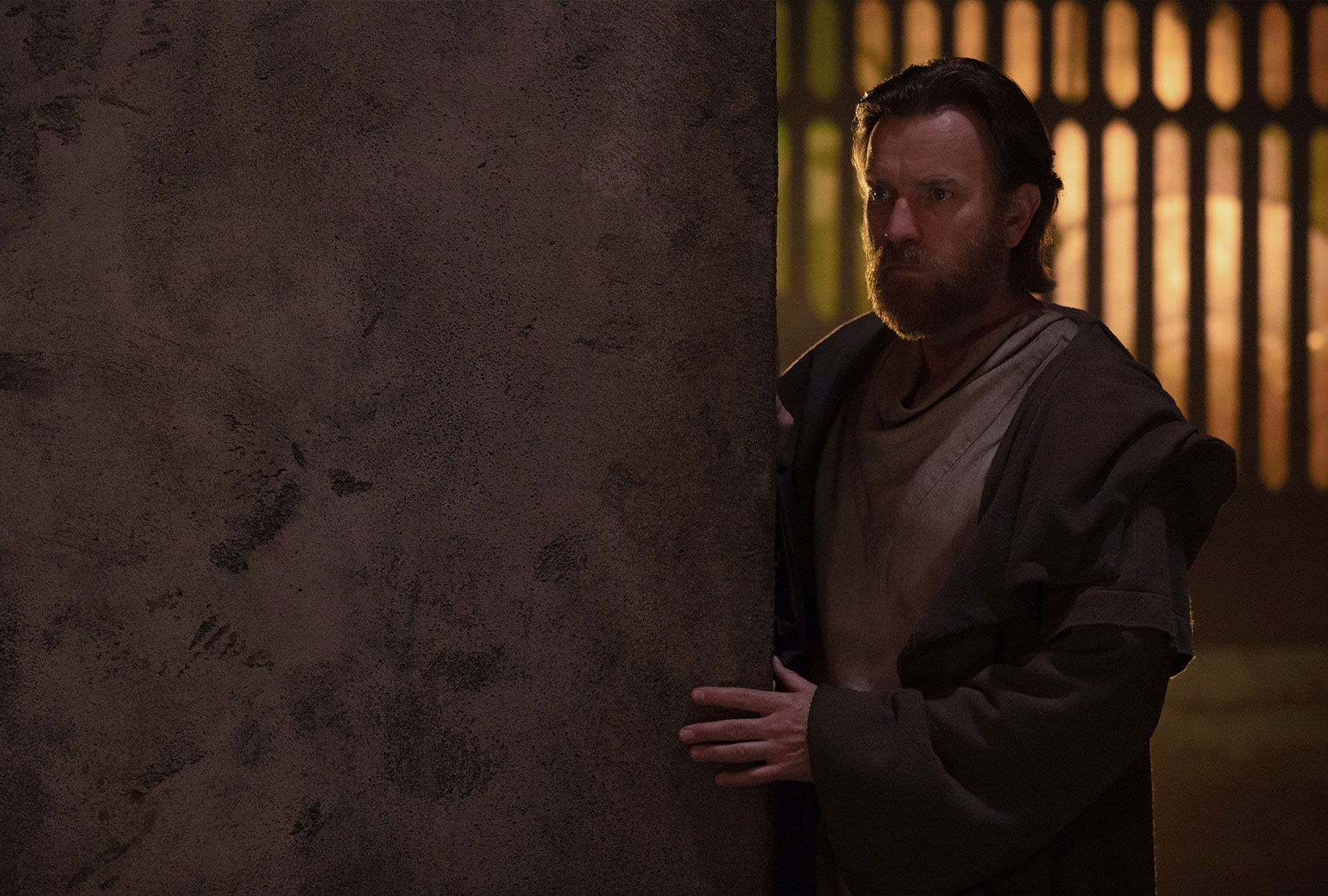 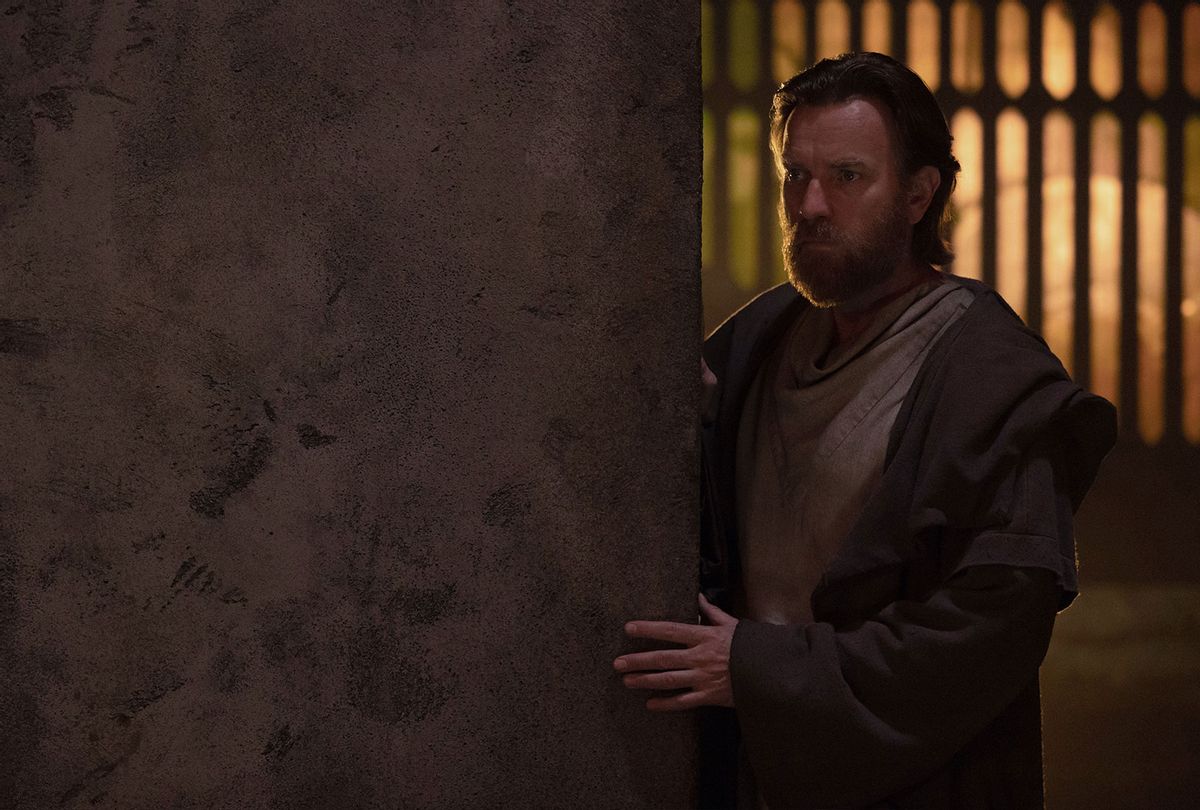 Obi-Wan Kenobi was first introduced way back in 1977, when he was played by Alec Guinness in “Star Wars.” But at this point, Ewan McGregor has spent a lot more time playing Kenobi than Guinness ever did. He played him in all three prequel films and will soon be returning to the role in his own show, “Star Wars: Obi-Wan Kenobi.”

McGregor has played Kenobi at a lot of different points in his life, starting back when he was a Padawan apprentice in 1999’s “The Phantom Menace.” He’s also gone through a wide variety of hairstyles. McGregor broke all of them down with Entertainment Weekly, starting with Kenobi’s youthful cut, seen here in wax simulacrum:

Episode I: The Phantom Rat Tail

What I didn’t like very much was when we came back, there was always a period of time after the main shoot where we came back to do some reshoots. And for episode 1, it was six, seven, eight months after the principal photography, we had to come back and I was doing something else and I couldn’t cut my hair. And so they made a wig that was a short hair wig, which is the worst kind of wig. If you’ve got a wig and it’s long hair, you can disguise the fact that it’s a wig, but when it’s a short hair wig, it’s a nightmare. I’ve seen some clips of both episode 1 and the reshoots from episode 2 where you’re like, ‘Are you kidding me?’

And then for episode 1, not only did I have to wear it for the reshoots, and it’s usually just a little shot here or there for reshoots. And most people don’t really notice it. But some bright spark decided to put me on a poster in the wig! They picked an image of me from the reshoots and I saw myself in this huge poster in the wig. And I’m like, ‘Are you kidding? You couldn’t find a still of me when from the real shoot?’ Unbelievable. I don’t know who that was, but I’d love to meet them one day and just say, ‘Are you f—ing kidding me about that?’

Episode 2: Attack of the Mullet

Several years of Obi-Wan’s life have passed by the time we caught up with him in 2002’s “Attack of the Clones,” and he was clearly making up for lost time, follicle wise. His hair was short in “The Phantom Menace,” but in “Attack of the Clones” he’s wearing something of a modified mullet, with a dinner party in the front and a real rager in the back.

“We called it the sort of Jedi mullet,” McGregor said. “It could be in some second-degree way a little cool, but not really. It was very mullet-y and sort of quite inspired pretty much by the Bee Gees, I think really. Jedi Bee Gees. So yeah, I didn’t like it very much, but I guess there’s some sort of progression.”

And as everyone knows, nothing packs in young “Star Wars” fans like a good Bee Gees reference.

Episode 3: Revenge of the Sensible Bangs

Obi-Wan’s coif in 2005’s “Revenge of the Sith” is a little less ostentatious. It’s just sort of a normal white bread haircut, but it was still done with intension, as McGregor revealed:

Ultimately in episode 3, we get onto a haircut, which is heading more towards Alec Guinness in episode 4. We were looking at pictures of Alec Guinness in episode 4 and we were definitely trying to bridge that gap. We thought, this is the last we’re going to see of Obi-Wan Kenobi before he’s Alec Guinness. And so we’re sort of moving in that direction. We put some graying in here. We grayed up the beard a little bit. And it was a much shorter haircut. I think the episode 2 haircut was meant to be like warrior, and the episode 3 haircut was meant to be more master, teacher. So I think my idea was definitely to try and get closer to Alec Guinness. It was to try and show that that’s where I was headed.

But of course, it wouldn’t be the last time we saw Obi-Wan Kenobi before he was Alec Guinness, as McGregor will return to the role in the new show. And that means a new look:

In the new show, Obi-Wan has reverted a bit back to his “Attack of the Clones” hair, although this time it’s on account of laziness. “I think it’s a man who’s been not looking after himself so much, and I wanted a much more sort of unkempt look where Obi-Wan starts at the beginning of that story, he’s pretty hopeless,” McGregor said. “He’s without hope, he’s without faith and he wanted this sort of hair and beard to represent that. So it’s much more less groomed and longer.”

Hayden Christensen will also be returning in the new show, once again playing Darth Vader. The hair game is simpler there, though; there’s only so many ways you can style “singed almost completely off.”

“Star Wars: Obi-Wan Kenobi” premieres on Disney+ on May 25. 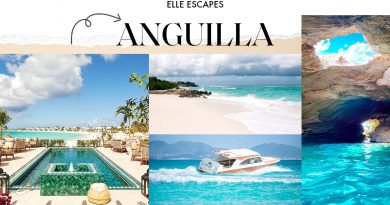 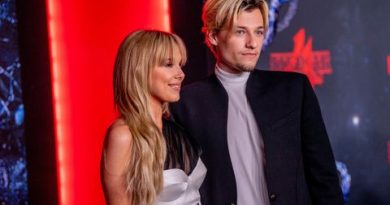