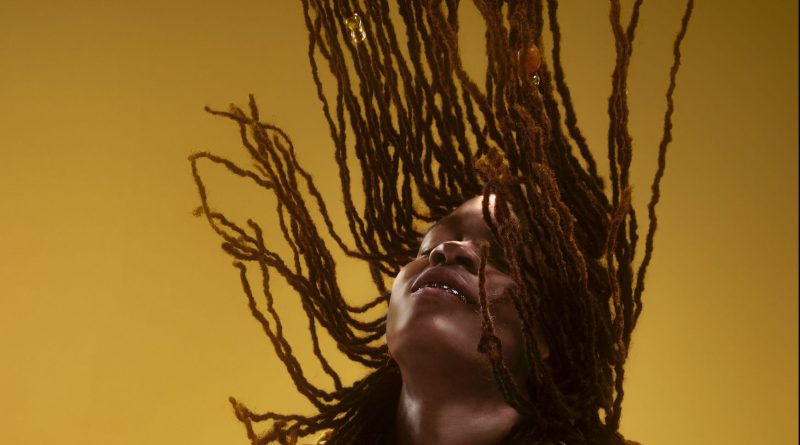 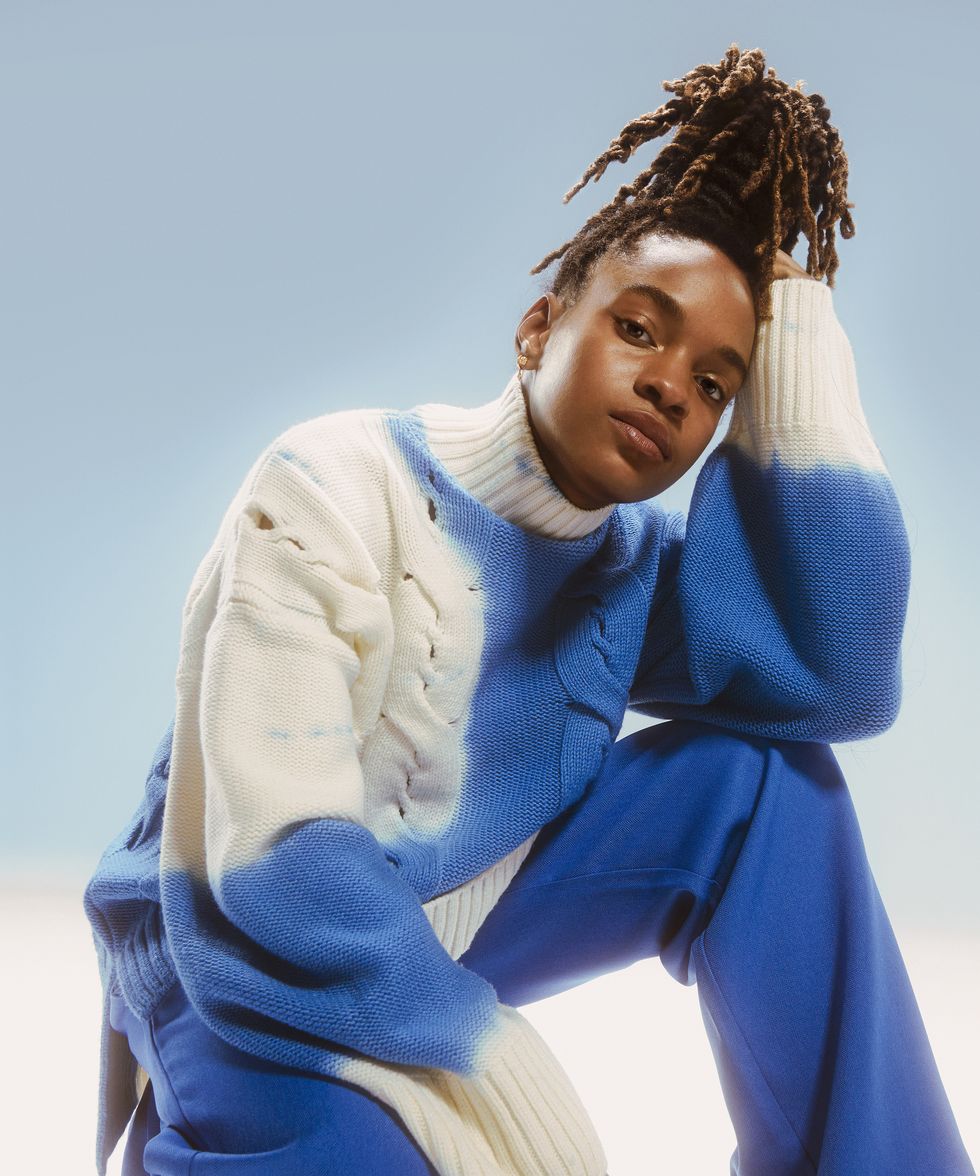 By the time the final days of summer 2019 rolled around, every single DJ set at New York City day parties started to sound and look the same: The opening strains of Burna Boy’s “Ye” meant the whole room was ready to break out their best shaku-shaku (a Nigerian dance style); crowds belted out Megan the Stallion’s “Realer” with gusto; and performing Ding Dong’s “Fling Yuh Shoulder” (a Jamaican dance style) too hard resulted in back pains the morning after—trust me, I would know. But the party wasn’t complete until the heartbeat-like thumps of “Toast” by rising Jamaican singjay Koffee blared through the speakers forcing the crowd to yell, “Blessings all pon mi life and/Mi thank God fi di journey, di earnings a jus fi di plus.” Then, you’d be shoved off the booze-soaked dance floor to watch someone’s failed attempt at the viral dance routine that helped Koffee’s breakout single go, well, viral.

By 2020, it was hard to hear “Toast” and not have its cheery, optimistic lines playing on loop in your head. It was a clear song of the summer in every sense of the term—sticky hook, bouncy melody, and, thanks to the Active Dancers, catchy choreography. Co-produced by Walshy Fire of Major Lazer (the group with a collection of summer hits that includes “Lean On,” the Justin Bieber-assisted “Cold Water,” and “Light It Up”) and Miami-based Jamaican producer IzyBeats known for his tag “Izy, are you kidding me?” the beat wasn’t originally intended for Koffee; but after Fire presented “Toast” to the singer, “it formed out to be a fire ting,” as she puts it in the song.

“I think people gravitate to her because she is so naturally positive and organic,” IzyBeats tells ELLE.com of the rising star. “She is a fresh new talent I think the industry was missing.”

The last time I spoke to Koffee, she was two weeks into celebrating her shiny new Grammy Award for Best Reggae Album in 2020, which she received for her five-track EP Rapture, becoming the youngest reggae musician to win the category at just 19 years old. As music’s lovely newcomer, Koffee had a lot going on at the time: She was announced as an opener for Harry Styles’ Love On Tour, and after her Grammy, she landed her first record deal with RCA Records. However, a global epidemic overshadowed her moment, forcing Koffee and several musicians to postpone their artistic offerings. As a means of release, Koffee created “Lockdown” in 2020—a sun-kissed, hopeful anthem about the prolonged hiatus.

Having to put her career on hold while her star was fast developing could have easily deterred the young star, but Koffee believes quarantine gave her a new perspective on life.

“The pandemic probably taught me how to handle different situations being a musical artist in the industry. It also inspired me to take up other interests as opposed to being so busy, like spending some time with myself, some time with different groups of people,” she says over the phone just hours before she performed “Pull Up” from her new album Gifted on The Tonight Show with Jimmy Fallon.

The brief delay also caused her to lean in a little more to the joyous positivity she pours into her music, a reflection of the sonically ambitious direction she wanted to take on Gifted.

“Gifted, I would say, is more uplifting [than Rapture]. One thing this project has taught me, or the pandemic has taught me, is that life is short,” she says. Of course, Koffee’s charming optimism shines throughout the effort. “Positivity is something that I definitely always want to push because I feel like it always has a place in music. I took that role for myself to be a source of positivity so that others know that at least there is someone out there dedicated to that.”

Born Mikayla Simpson in Spanish Town, Jamaica, Koffee was raised in a Seventh-Day Adventist Church, joined the choir at around age eight, and taught herself how to play the guitar by age 12. “Because I came from a Christian household, I listened to a lot of gospel,” she explains. “But when I ventured off and started listening to the radio, it was always a mix of reggae and dancehall. Lots of Vybz Kartel and Mavado, people who are more popular artists of our generation.”

Kartel and Mavado’s explicit lyrics—which can involve guns to violence to sex—would make any church-going mother clutch her pearls, so Koffee had to sneakily listen to dancehall behind her mom’s back. “I wouldn’t play it out loud because that wouldn’t have been a smart move as a young one,” she quips.

She is a fresh new talent I think the industry was missing. — IzyBeats

Koffee had a lot of time on her hands, sheltered from the violence that afflicts the Jamaican community that would typically urge any idle kid to wander the streets—she picked up the guitar instead. Koffee (who received her nickname from her classmates after refusing to drink soda like the rest of them) unwittingly joined her school’s talent contest in 2016 and won, steadily building a fan base that would explode the following year when her tribute song to famed Jamaican Olympic sprinter Usain Bolt went viral.

Upsetta Records happened to be watching and invited the rising star to hop on the 2017 Ouji Riddim compilation album—a common practice in Jamaican culture in which various artists create different songs using the same instrumental—along with reggae royalty like Jah Vinci, Busy Signal, and more. “Burning” was Koffee’s contribution and the debut single—a vibe-y, old school reggae-inflected track fueled by one-drop drums and a rootsy guitar. These embellishments became the hallmarks of Koffee’s musical formula, packaged neatly on 2019’s Rapture, which references the religious event.

“I chose ‘rapture’ as the name to represent the impact my music had on the industry in such a short time,” she explained. “Picture the rapture, how everybody is going up in the sky; I came on the scene and the way the music comes in, it just lifts everybody up—that’s what I want my music to do.” With all her youthful exuberance, on Rapture, Koffee tackled Jamaica’s political strife and poverty with wisdom well beyond her years.

It goes back to her influences, especially Chronixx, who she calls “a positive example of reggae music and somebody I look up to,” and who trades the typical dancehall braggadocio for uplifting consciousness and social commentary. “His lyrics and musicianship show his dedication to his craft. I learn something all the time from him; he’s a teacher to me.”

When she isn’t calling out the Jamaican government’s negligence, she’s dancing—or at least making “world reggae” music that people can dance to (like “Toast”), since she admits she’s not the best dancer.

On Gifted, Koffee flips between the two themes, melding her rootsy traditional reggae rhythm with a touch of Afrobeats. “This product is my gift to the world. I’m trying to inspire everyone who is gifted, because many people don’t realize it but you can’t take anything for granted,” she says. This album is her reminder to fans to step into their purpose.

“What are you doing with your talents? Everybody has a gift, and it’s up to you to tap into your gift,” she adds. Sticking to her formula, Gifted opens with a tribute to the late Bob Marley on “x10,” a two-minute bite about gratitude that feels like a more intimate extension of “Toast,” which samples Marley’s “Redemption Song.” In between Marley’s faint wails in the background, Koffee takes stock of her accomplishments before addressing the crime, poverty, and police corruption of her native Jamaica on “Defend” and“Shine.” By the time we hit the nub of the 10-track album, it’s dance time: “Lonely” is Koffee’s lovers rock submission that inspires a slow, easy sway while “Gifted,” “Run Away,” and “West Indies” can easily soundtrack slow whines at a late-night bashment party.

She soars across each track solo, without features, a decision she says wasn’t deliberate but authentic to the tone of the album. “The project came together pretty naturally. I found whenever it comes to me doing a collaboration, I would write the song, and then afterward I would listen to the song and see if this person would be fitting for this song. But the way I put it together, it just worked. We’re great already,” she explains. Collaborations are a great way to expand into other genres—take for instance her linking up with Atlanta rapper Gunna on “W” in 2019—but Koffee wants to choose her team-ups wisely. She has a wishlist of dream collaborators that includes Young Thug and of course, Burna Boy.

She and the self-proclaimed “African Giant” convened in the studio the night before the 2020 Grammy Awards Ceremony to record a yet-unreleased collaboration that fans have been clamoring for. Following Koffee’s blistering interpretation of Burna’s smash “Ye,” she has remained tight-lipped with details of their joint song, but a previous Twitter video of the two stars singing over a flute-and-bass-heavy groove hinted to a strong contender for song of the summer—whenever it materializes.

“I can’t give you updates just yet, because I think something is brewing, and I don’t want to spill the beans, you know?” she assures me.

Aside from the Burna collab, she’ll be preserving her voice for her first-ever Coachella appearance in April, after her festival debut in 2020 was postponed due to the pandemic. With each Coachella lineup announcement, there is a ruckus over which artists are deserving of becoming marquee headliners and which acts are too good to be written in fine print. Look at this year’s Coachella lineup on day two, line three, and you won’t have to squint or strain your eyes to see Koffee’s name. It’s a strong indication that if her “rapture” isn’t already here, it’s on its way. 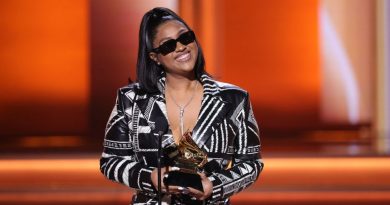 Why are some bird eggs so colorful? Blame an evolutionary arms race

Ringing the alarm for Merrick Garland: Department of Justice stands in real peril because of Trump

LP Spokesperson Obidient All Over Nigeria Are Ready To Take Back Their Country ... See MoreSee Less

The man that wire the house

Abeg show e face oh, incase I see am for my street, make I lock my door

WHO Get D SUV?

Pls, We Need To Know!

Im Not Angry With U.

Where D SUV Going To That Time? Or Coming Frm?

Answer all D Above Questions Please… Limited or not Limited.

How truthful is this my Uromi people ? ... See MoreSee Less

Yet to find out.