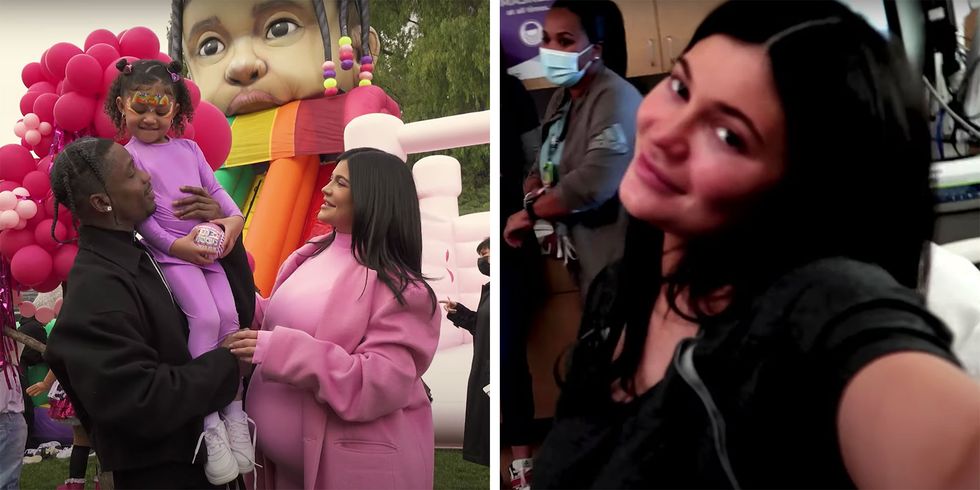 Kylie Jenner kept much of her second pregnancy with her and Travis Scott’s baby boy Wolf private. But today, the reality star unveiled an intimate, poignant look inside her time expecting Wolf on her YouTube. In a 9-minute-plus documentary-style video, titled “To Our Son,” Jenner shared footage from her pregnancy, baby shower, and time in the hospital delivering Wolf in addition to messages the family recorded expressing their excitement for welcoming the newest family member. Jenner also revealed her pregnancy cravings, which involved a lot of steak and red meat.

Jenner and Scott’s four-year-old daughter Stormi was by far the most excited for the arrival of her baby brother, and she features prominently in the video, kissing her mom’s tummy and helping set up Wolf’s nursery. Jenner revealed in the video that Wolf’s due date was Stormi’s birthday, Feb. 1, and Stormi agreed she was okay sharing a birthday with her brother. Ultimately, Wolf was born a day later on Feb. 2, 2022.

Jenner’s video, which she promoted on her Instagram, comes shortly after E! shared details on March 10 from a source about Jenner’s first month with Wolf.

“Kylie is doing really well and is happy to be out and about again after having baby Wolf,” the source said. “She feels relieved to be able to feel comfortable leaving the house again and get back to some sort of normalcy.”

“Kylie has been soaking in this first month with her baby and hasn’t been too focused on anything else,” the source added. “She’s enjoying the time bonding with Wolf and adjusting with her new family of four.” 5 best coffees for making cold brew, according to a home coffee enthusiast