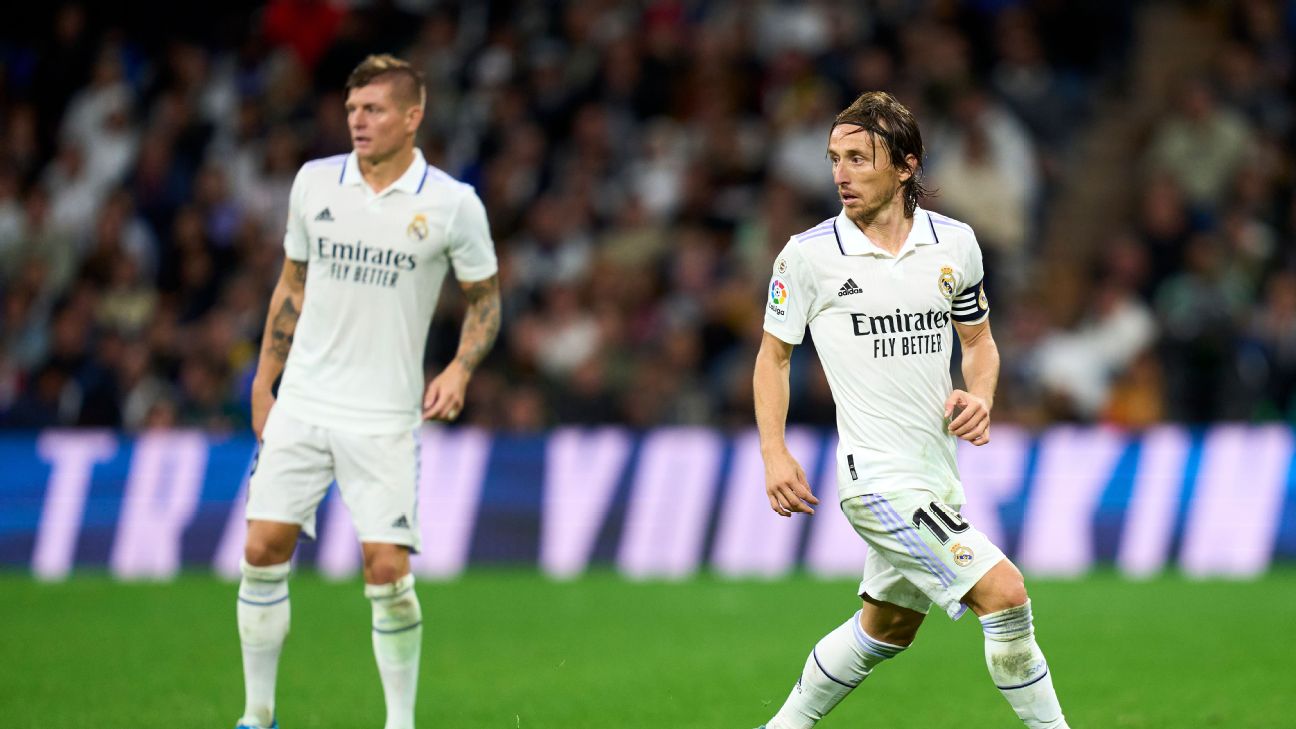 Carlo Ancelotti said midfielders Luka Modric and Toni Kroos are “untouchable” at Real Madrid but “that doesn’t mean they play every game” with competition from youngsters Aurelien Tchouameni, Eduardo Camavinga and Federico Valverde.

Modric missed Thursday’s 3-2 Copa del Rey comeback win at Villarreal through injury, while Kroos was substituted at 2-0 down with replacement Dani Ceballos contributing to all three Madrid goals, scoring the 86th minute winner.

Madrid are facing a tough fixture list, with Sunday’s LaLiga trip to Athletic Club followed by a cup quarterfinal derby with Atletico Madrid next Thursday, and then hosting in-form Real Sociedad next weekend.

“The squad is untouchable,” Ancelotti said in a news conference on Saturday, when asked if managing the transition from one generation to another was his toughest job as coach.

“It’s not only [Modric and Kroos], it’s the others who come onto the pitch and give everything, like Ceballos and [Marco] Asensio did [at Villarreal]. Modric and Kroos are untouchable, but that doesn’t mean they have to play every game.

“They’re players who’ve made history at this club, they’re making history and they will make history. But that doesn’t mean they have to play every game.”

Madrid went into Thursday’s Copa del Rey round-of-16 game under pressure — after a loss to Villarreal in LaLiga and a defeat to Barcelona in the Spanish Supercopa final — and performed poorly, before a dramatic second-half turnaround.

“The reaction at Villarreal was very good,” Ancelotti added. “We made big mistakes in the first half. Over the last few days we’ve evaluated everything. We [don’t have time] to train, so we recover and watch videos. The mistakes were quite clear, let’s hope they’re not repeated… We can’t give away [goals] like in recent games.”

Ancelotti also dismissed reports of interest from Premier League leaders Arsenal in Camavinga — saying “Eduardo is untouchable, like Modric or Kroos” — and said he’d accepted Tchouameni’s apology for attending an NBA game between the Chicago Bulls and the Detroit Pistons in Paris while Madrid were playing in Villarreal.

“He’s apologised in public,” Ancelotti said. “He made a mistake, he’s a young boy who made one mistake and it’s over. Let’s hope he can be back [from injury] next week.”

Mane leaving Liverpool for Bayern: Stats show how much he’ll be missed at Anfield