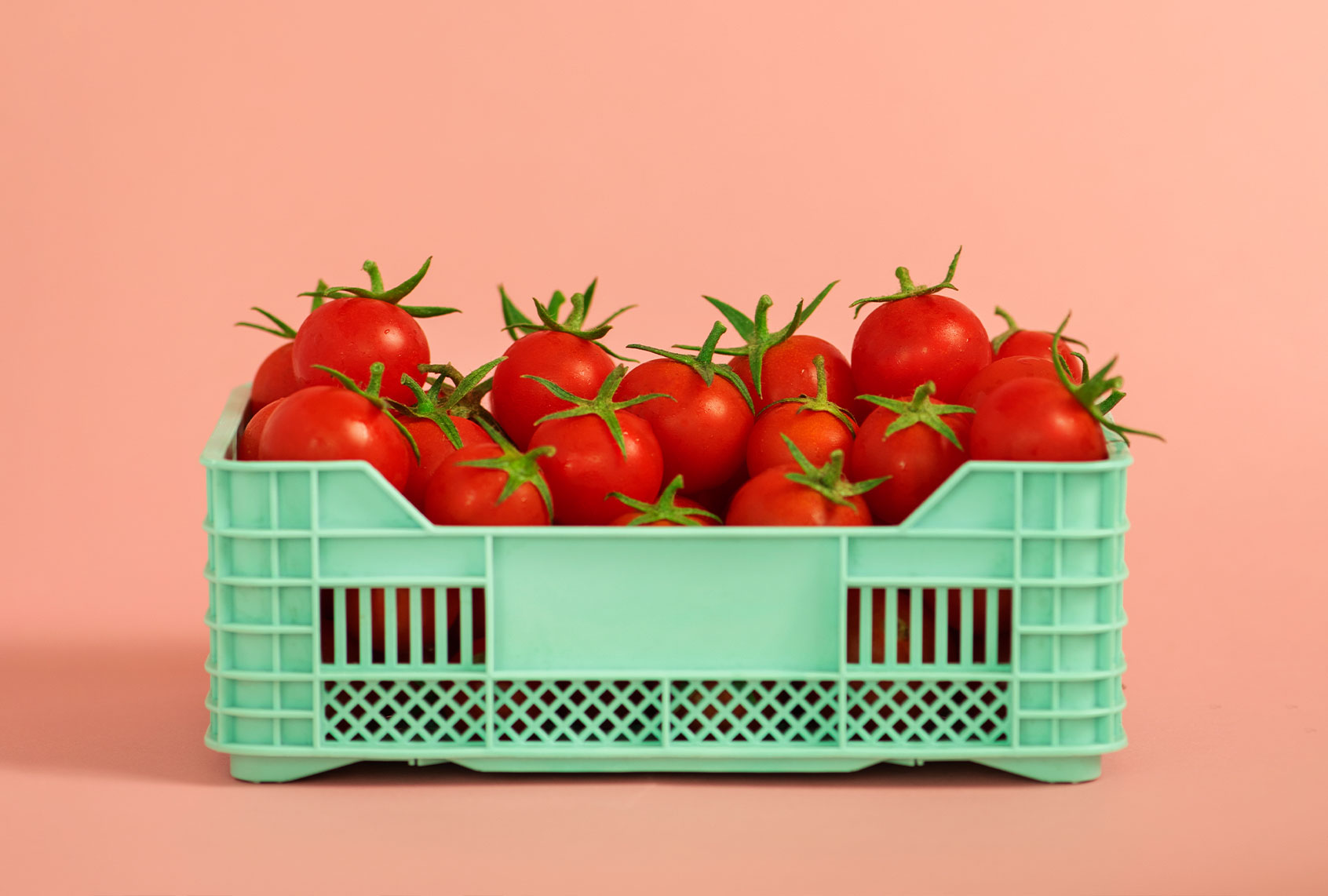 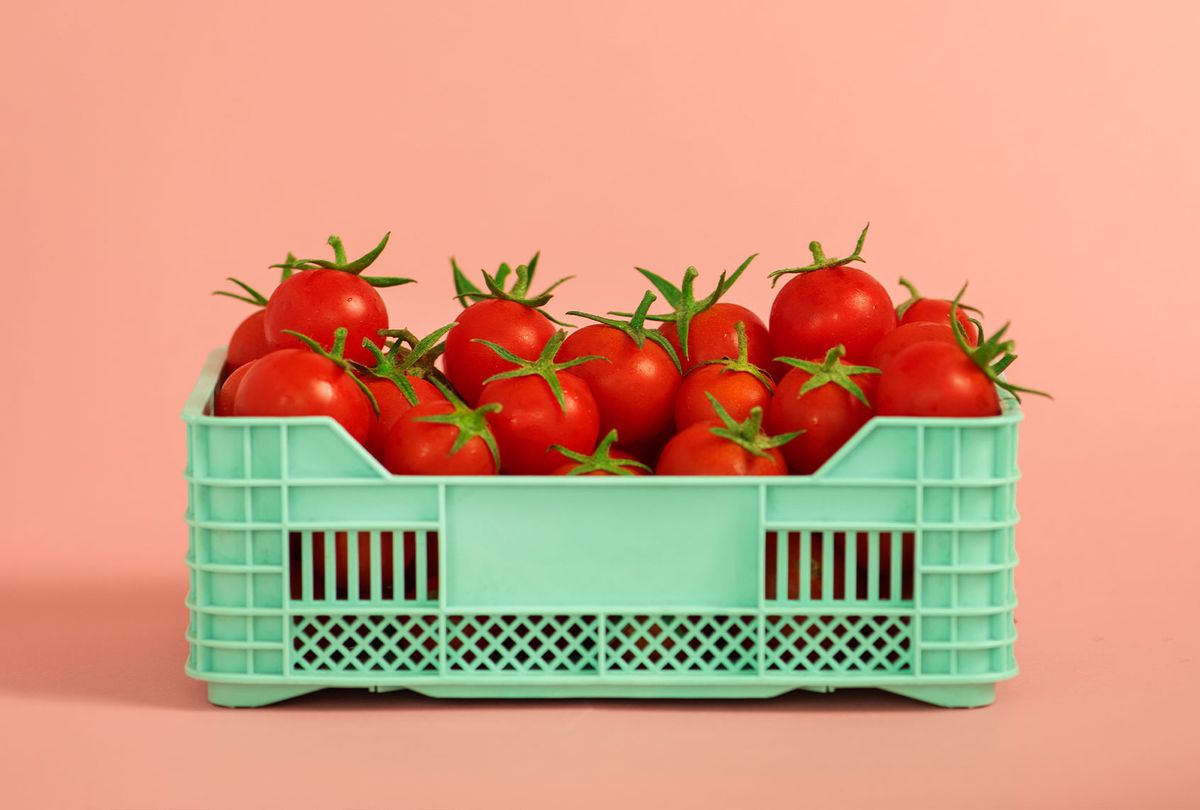 If you’ve been cooking for a while, a certain hierarchy starts to develop in your kitchen — or at least it has in mine. I have my “everyday olive oil,” and then there’s my “nice olive oil” (the kind of fancy, imported stuff that I’ll break out to serve with homemade focaccia or drizzle sparingly over a platter of caprese).

In my pantry, I have two grinders filled with black peppercorns. One has the basic supermarket peppercorns, while the other has Zanzibar Black Peppercorns from Burlap and Barrel, which are pungent and fruity. I’ve taken to treating the latter like little orbs of black gold.

Heck, I even have two kinds of carrots in my crisper drawer right now. There are the Bugs Bunny-esque orange guys, which I’ve grated into a variety of weeknight dishes like brothy beans, fried rice and a quick ragù.

But there are also the special, farmer’s market-fresh rainbow carrots that deserve to be slow-roasted — and which I’ll likely serve drizzled with the nice olive oil and seasoned with the good pepper.

I think it’s natural for home cooks to make these kinds of distinctions, especially if you’re operating on any kind of a budget (and who isn’t these days, right?). For the longest time, I recoiled at the idea of splurging on a gorgeous roll of salted Amish butter just to turn around and use it to make, say, a box of Kraft macaroni and cheese.

You see, I’ve always suffered a bit from what the New Yorker’s Helen Rosner coined “paralysis of wonder.”

“When I become the custodian of something truly marvelous, notably beautiful or a little bit rare,” Rosner wrote, “I worry so much about using it for a sufficiently special purpose that, more often than not, I fail ever to use it at all.”

Next to my beautiful peppercorns, for instance, there’s a box of Cascatelli, the cult-favorite pasta shape invented by Dan Pashman of “The Sporkful,” that I managed to score. I’ve resisted boiling it because I haven’t found a dish “special” enough to justify doing so. In my refrigerator, there’s an unopened little jar of apple butter that my boyfriend bought at a now-closed general store in a touristy town where he spent many summers as a kid. It sits next to an also-unopened jar of homemade chili crisp made for me by a dear friend.

All of these are just waiting in the wings — like a distinctive, charismatic actor who has somehow unfairly been cast as an understudy — for their moment in the spotlight as I, night after night, reach for the old standbys.

All of these are just waiting in the wings — like a distinctive, charismatic actor who has somehow unfairly been cast as an understudy — for their moment in the spotlight as I, night after night, reach for the old standbys. However, I recently have been shifted out of this pattern, thanks in large part to the closing of this summer’s tomato season.

While I’ve never had the almost-religious reverence for summer tomatoes that some other “food folks” do, I’d try to snag at least a couple before the weather snaps cold. Typically, I’d eat them the way I learned to while living in Kentucky for a decade: sliced, lightly salted and wedged between white bread smeared with Duke’s mayonnaise. Though not revelatory, it was a ritual I cherished.

But a few weeks ago, while at my local farmer’s market, my eyes locked on these plump, fire engine-red tomatoes. Their skin was glossy, and they were firm to the touch. Under them was a sign that read: “Last of the Season!!!” When I tell you they were perfect specimens, I mean it. If you looked in the dictionary for the word “tomato,” these would appear in an accompanying photograph as the platonic ideal.

I bought the last eight tomatoes the vendor had and on the train ride home began jotting down ideas for how to prepare them: super herby bruschetta; creamy tomato soup flecked with feta and a little dill; this stunning pasta dish with buttery brie from Maggie Hennessy; and, of course, a classic tomato sandwich.

Since I was on a clock to eat these perfect tomatoes  — a tomato’s shelf life is about a week on the counter and two weeks in the fridge — I didn’t have the luxury of waiting for the perfect moment to use them. Sure, I used some of them to make really special meals, but I also incorporated chunks, slices and wedges of tomato in everything from homemade breakfast tacos to grilled cheese sandwiches and hand-tossed pizza.

I realized that the kitchen hierarchy I had developed possibly needed to be disrupted just a little bit, as these special ingredients can elevate the mundane into something memorable. Maybe I should consider making boxed macaroni and cheese with fancy butter, after all?

Either way, here are five of our favorite ways to use up end-of-season tomatoes:

This was the summer I became unexpectedly passionate about tomato jam — a thick, sweet and acidic alternative to plain ol’ ketchup. To make it, all you need are four ingredients and some patience. Then use it anywhere you’d use ketchup — on burgers or sandwiches — and in many places where you wouldn’t, such as a slice of toasted brioche that has been topped with whipped ricotta.
The amount of times I’ve made this dish, which was developed by Maggie Hennessy, is a little embarrassing, but it really does have all the right things going for it. The buttery, creamy and slightly funky brie helps cut the acidity of the tomatoes. Together, they meld into a simple sauce that coats every strand of pasta. Bonus: If it’s still warm in your neck of the woods, this comes together in a snap with minimal time on the stove.
Who doesn’t love a fried green tomato? I can close my eyes and conjure the sensation of eating a plateful on the South Carolina coast — my teeth breaking through the shatteringly crisp exterior to reveal the punchy, almost pickle-y interior. However, they were never something I made at home until coming across Mary Elizabeth Williams’ recipe. They take only 10 minutes to make — and you won’t totally wreck your kitchen in the process.
One of my favorite pieces from this summer’s “Tomato Week” over at Salon Food was this detailed primer from staff writer Joy Saha about how tomatoes can actually be a welcome inclusion in desserts, from cakes to refreshing granitas.
“The soft and fleshy texture of tomatoes incorporates well with cream, juices and alcohol when whipping up gelato, granita and cocktails, like a classic Bloody Mary,” Saha wrote. “The fruit’s firm exterior is also akin to that of crisp apples, making them great additions in pies, tarts and spiced cakes. To top it all off, tomato’s signature saltiness beautifully compliments saccharine ingredients.”
This recipe is the hot-weather answer to Marcella Hazan’s iconic tomato sauce. Like other no-cook sauces, it relies on fresh-cut, juicy tomatoes to do the bulk of the work. This recipe, however, gives a nod to Hazan by incorporating grated, iced-cold butter into the mix. When combined with warm pasta, and more importantly, starchy pasta water, the butter melts over the tomatoes and their juices, which gives the sauce a richness that is sometimes tough to achieve without ample time over heat. 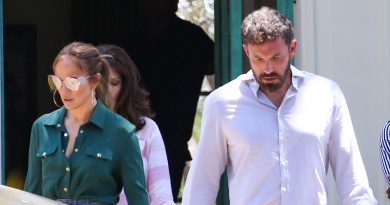 Queen Elizabeth’s final act, in Scotland: What will her death mean for the union?