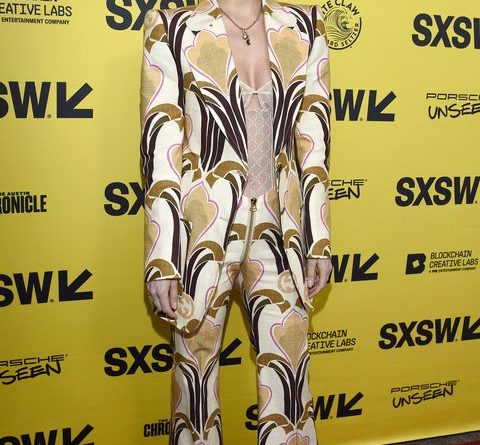 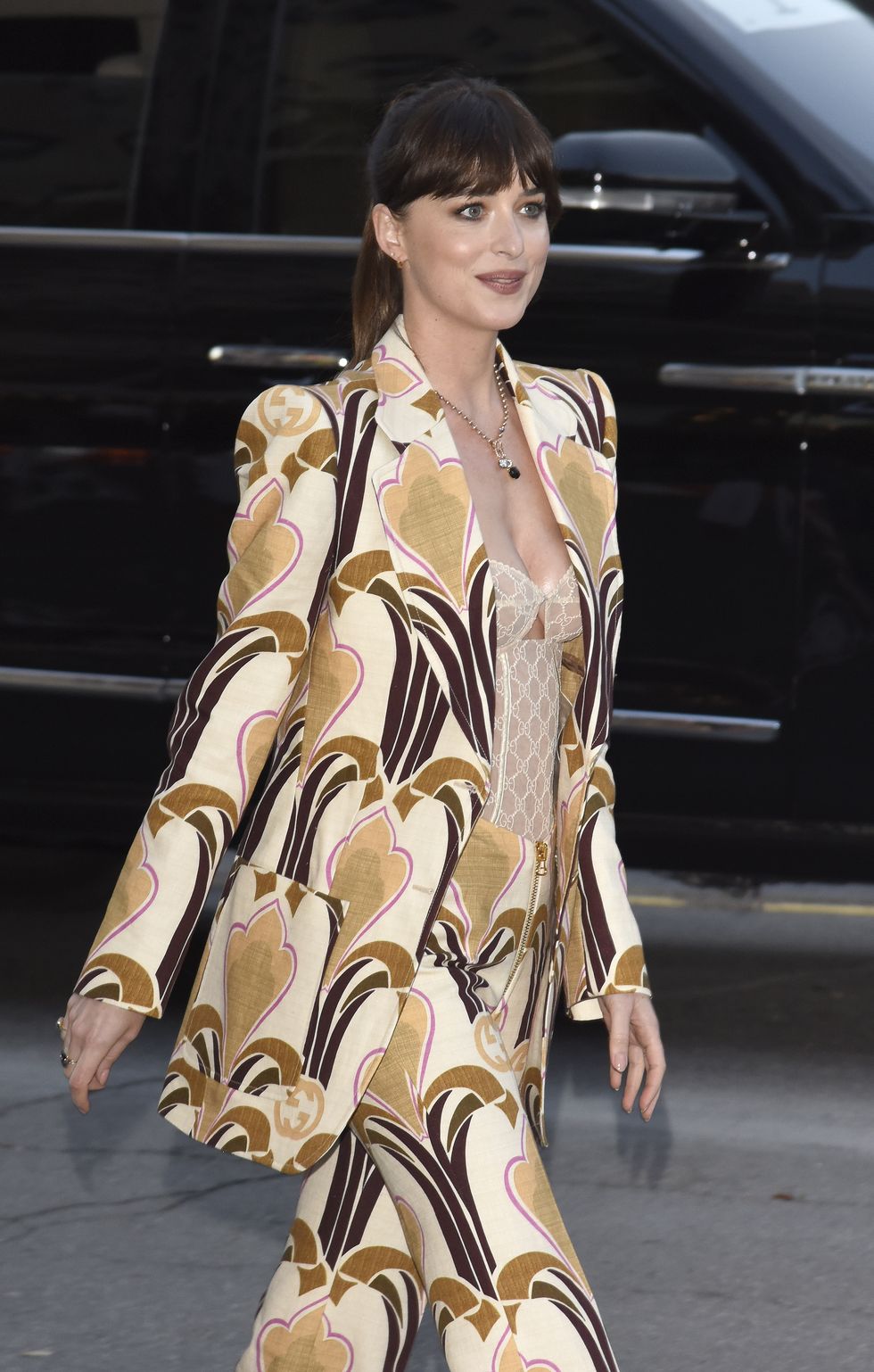 The flared, front-zipped trousers came to just above the point black toes of her heels. The look, styled by Kate Young, was accessorized by vintage jewelry including a pendant and matching drop earrings. Johnson’s rich brown hair was swept half up and her face was framed by her trademark bangs. She wore a smokey eye and light mauve lipstick.

In the film, Johnson plays a mom named Domino who befriends a Bar Mitzvah party host. Her character’s daughter has autism. In addition to starring, Johnson produced the film with her business partner Ro Donnelly. Their production company TeaTime Pictures was launched in 2019. Cha Cha Real Smooth premiered in January at the 2022 Sundance Film Festival. The movie sold to Apple for $15 million after its release.

Johnson was recently named as the possible star of the upcoming Marvel film Madame Web, making her one of the few female leads of the MCU. The original comic depicts an elderly woman with a condition that keeps her bed bound, so it’s unclear how her story will be told as one the franchises actions flicks.

The 32-year-old actress also starred in the recent Netflix release The Lost Daughter across from Olivia Coleman. She currently lives with her partner Chris Martin in Malibu, though the couple tends to be very private.

We’ve been together for quite a while, and we go out sometimes, but we both work so much that it’s nice to be at home and be cozy and private,” she recently told Elle UK. “Most of the partying takes place inside my house.”

Anti-abortion zealots target Sotomayor aide as source of leak: Their threats are no joke