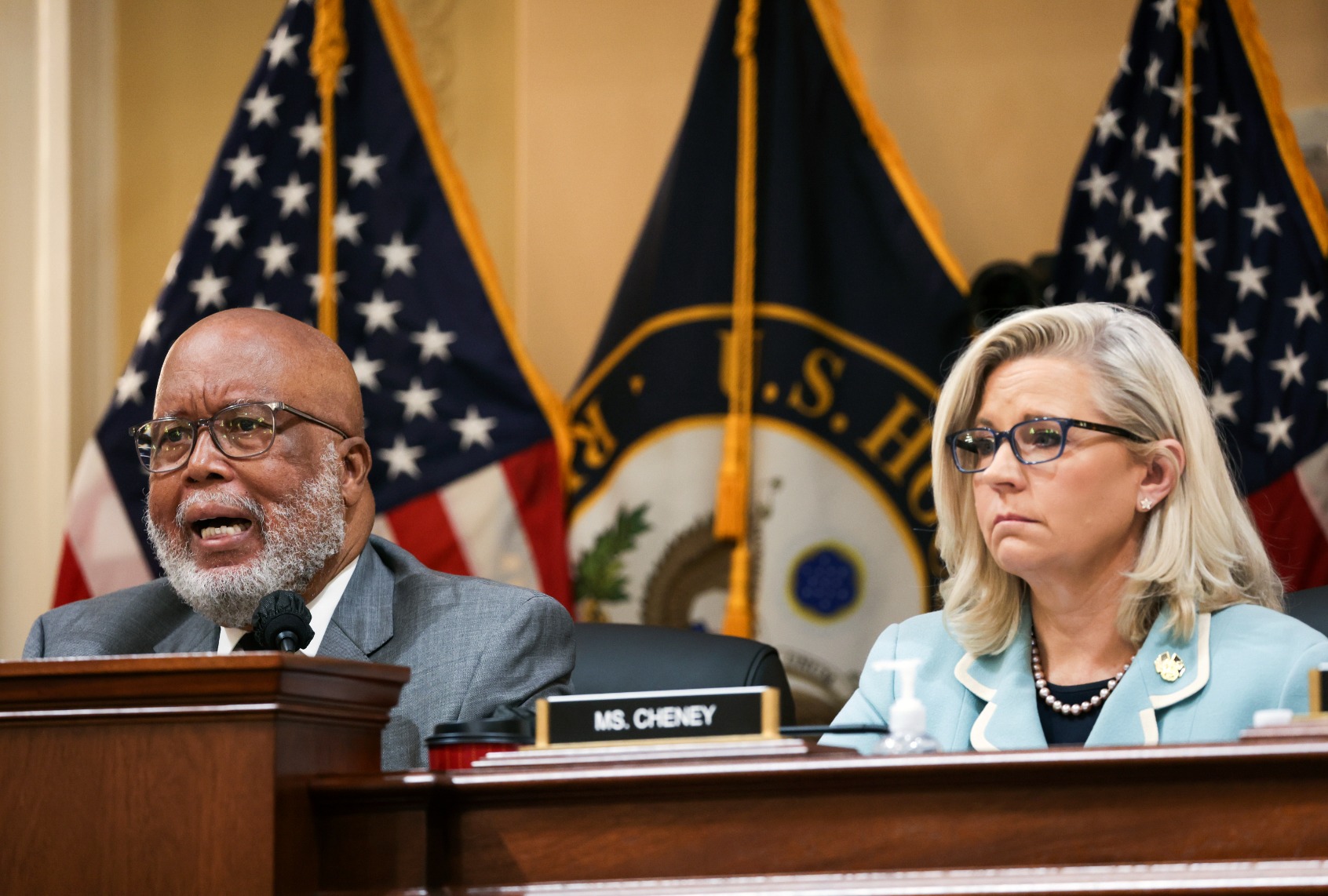 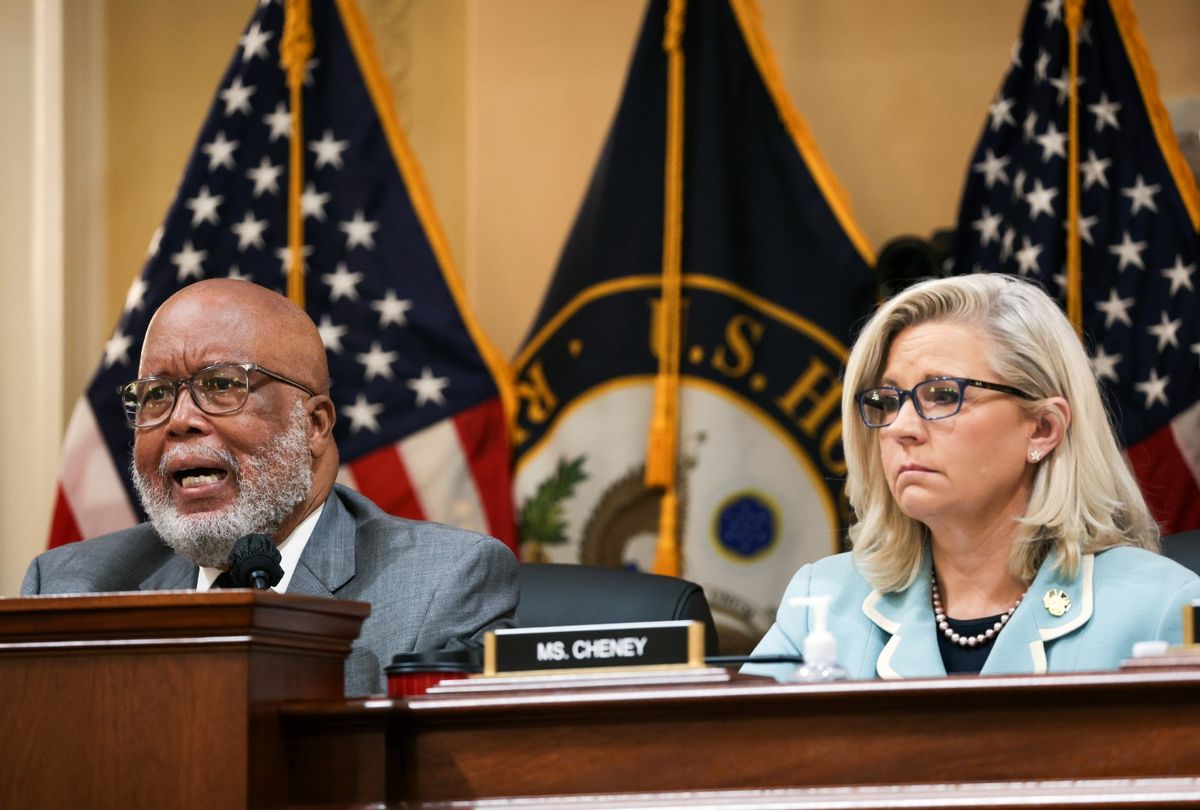 Rep. Bennie Thompson, D-Miss., the chairman of the House Jan. 6 committee, said Monday that the panel would not make any criminal referrals against former President Donald Trump or others — sparking pushback from other members.

“No,” Thompson told reporters when asked about the prospect of a criminal referral against Trump, according to CNN. “We’re going to tell the facts. If the Department of Justice looks at it, and assume that there’s something that needs further review, I’m sure they’ll do it.”

Thompson argued that the committee doesn’t “have authority” to make criminal referrals.

“That’s not our job. Our job is to look at the facts and circumstances around January 6, what caused it and make recommendations after that,” he said.

The comments sparked a “little bit of drama that we don’t normally see play out in public,” noted CNN Congressional Correspondent Ryan Nobles, who reported the story. Members of the committee quickly pushed back on Thompson’s remarks.

“The January 6th Select Committee has not issued a conclusion regarding potential criminal referrals,” tweeted Rep. Liz Cheney, R-Wyo., the committee’s vice-chair. “We will announce a decision on that at an appropriate time.”

Rep. Adam Schiff, D-Calif., who has repeatedly called for the Justice Department to investigate Trump, also appeared surprised by the comment when asked about it by CNN’s Anderson Cooper.

“You know, I haven’t seen the chairman’s statements,” he told the host. “We haven’t had a discussion about that, so I don’t know that the committee has reached a position on whether we make a referral or what the referrals might be. I thought we were deferring that decision until we concluded our investigation. At least that’s my understanding.”

“Our committee has yet to vote on whether we will recommend criminal referrals to the Department of Justice. If criminal activity occurred, it is our responsibility to report that activity to the DOJ,” she wrote on Twitter.

Rep. Jamie Raskin, D-Md., had a different take, telling CNN that the committee is “less concerned with whether or not there was a specific statutory offense than making clear to the public that there was no rational basis upon which anyone could conclude that (Trump) had actually won the election.”

Thompson’s comments are a departure from his previous view of the committee’s role. He told NBC News earlier this year that evidence uncovered by the committee suggests that the “potential for criminal referrals is there.”

“If, in the committee’s review, we find something that the committee and staff feel warrants criminal referral, we will not hesitate one scintilla in making that referral. … We are not shrinking violets,” he said in January.

A spokesperson for the committee similarly told CNN in response to Thompson’s comments that criminal referrals are on the table.

“The Select Committee has no authority to prosecute individuals, but is rather tasked with developing the facts surrounding the January 6th riot at the Capitol,” the spokesperson said. “Right now, the committee is focused on presenting our findings to the American people in our hearings and in our report. Our investigation is ongoing and we will continue to gather all relevant information as we present facts, offer recommendations and, if warranted, make criminal referrals.”

Thompson on Monday, however, argued that the DOJ could simply read the committee’s report.

“It’s a public document. Anybody can have access to it,” he said. “And if they want, after reviewing it, to come back and ask to talk to some of the staff or the members who helped produce the report, I’m sure they will.”

Members of the committee have spent weeks pressuring Attorney General Merrick Garland to investigate Trump. Schiff told ABC News on Sunday that there is “credible evidence” Trump and his team may have committed crimes. A federal judge in March determined that Trump and attorney John Eastman, who helped craft the Jan. 6 strategy, “more likely than not” committed a crime with the scheme. And the committee itself in court filings while seeking Eastman’s records has argued that there is a “good-faith basis for concluding that the President and members of his Campaign engaged in a criminal conspiracy to defraud the United States.”

Still, the DOJ does not need a referral from Congress to investigate Trump or anyone else. Garland on Monday vowed that he and prosecutors overseeing the DOJ probe into Jan. 6 are paying close attention to the committee’s work.

A stranger, twisted and bleeding on the sidewalk. What would you have done?