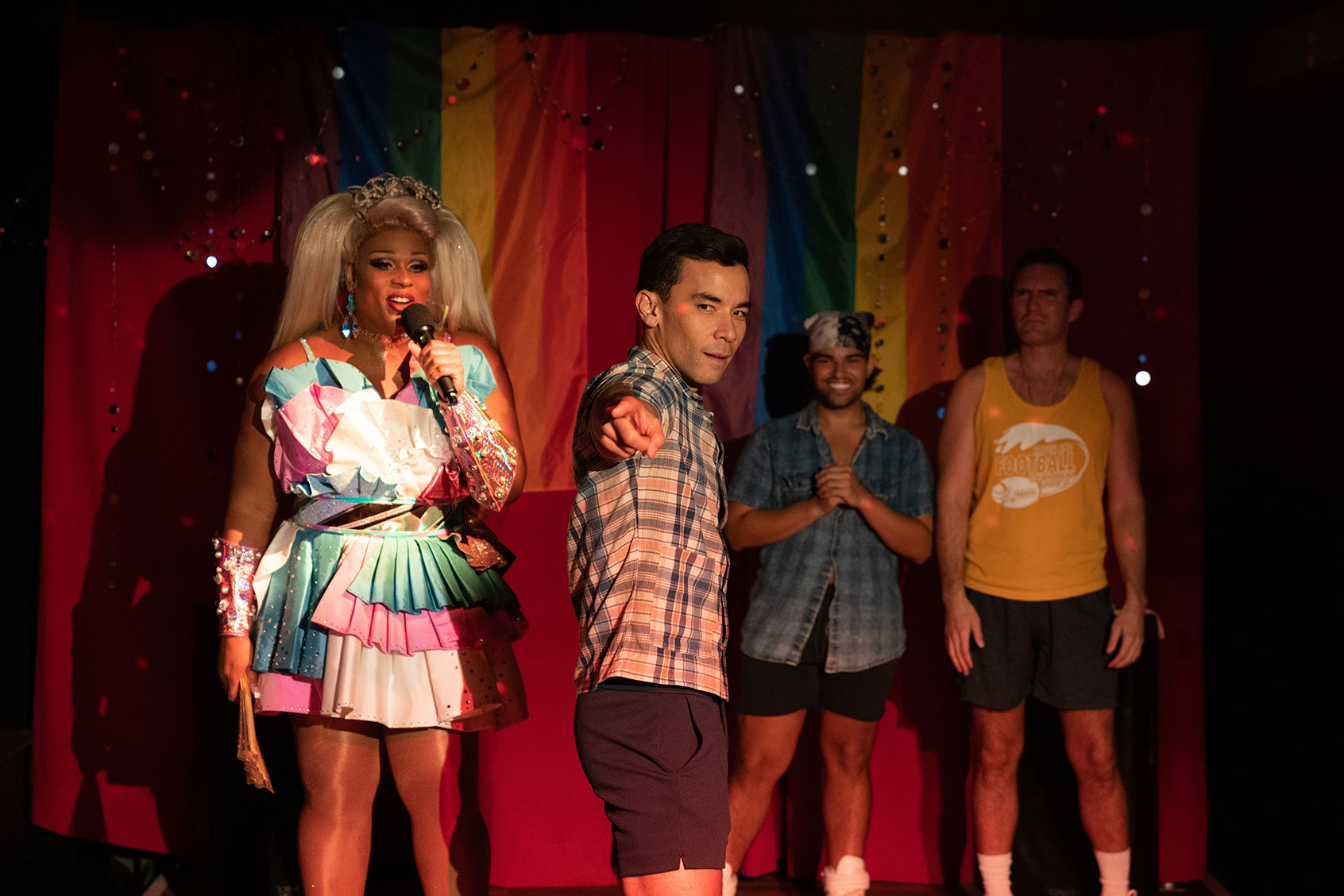 I shocked my young niece recently when she asked about my favorite character in the “Harry Potter” franchise and I answered honestly: Severus Snape. Dark-haired, glowering, bookish and faithful, there’s just something about a Snape. A Mr. Rochester (or Heathcliff). A Kylo Ren. A Darcy.

Though Elizabeth Bennet is a noble, engaging and unique heroine, it’s Mr. Fitzwilliam Darcy Esquire we continue to talk about, more than a century after Jane Austen’s “Pride and Prejudice” was first published. In the 1813 Regency story, Darcy is a wealthy young man, in charge of a large estate, who tags along with his friend, the hapless Charles Bingley, and meets Elizabeth at a ball. He’s brash. He’s brilliant. He hates Elizabeth until of course, rather quickly, he loves her.

And in “Fire Island,” Hulu’s new film about a group of friends vacationing on New York’s Fire Island, we have the best Mr. Darcy yet.

RELATED: How “Fire Island” puts the Pride in “Pride & Prejudice”

Watch the Darcy charm work, its slow unfurl like a corpse flower.

“Fire Island” takes as its inspiration Austen’s classic tale. The Elizabeth character here is Noah (Joel Kim Booster, who also wrote the Andrew Ahn-directed film), a nurse from Brooklyn who, like Elizabeth, is bookish, self-assured and uninterested in love. He’s not even interested in sex until his best friend Howie (Bowen Yang) finds someone, at least for the summer.

But nobody counts on a Darcy. 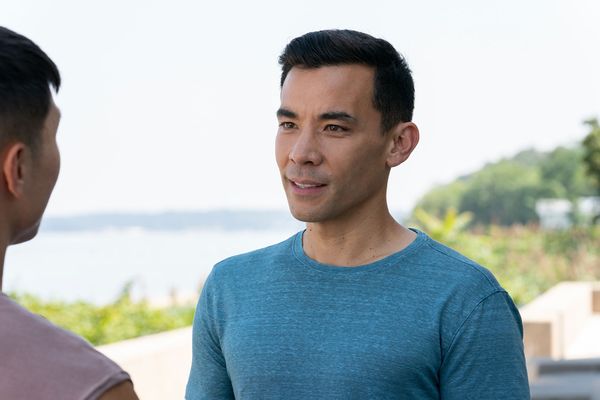 Fire Island (Searchlight Pictures)From his first appearance onscreen, the Darcy of “Fire Island,” Will (Conrad Ricamora, “How to Get Away with Murder”) is fussy and annoyed. It is possible to look as stiff and uncomfortable in breathable summer fabrics as it is in Darcy’s usual cravat, at least in Ricamora’s fantastic portrayal. Noah tries to rope the stranger into pretending to be his boyfriend, to get out of being hit on, but Will does not play along. From Will’s first line: “I’m sorry. I’m not sure I understand what’s going on,” and Ricamora’s deadpan, mumblecore delivery, we know this is a Darcy for the ages.

Watch the Darcy charm work, its slow unfurl like a corpse flower. Back with his friends, Noah describes Will as “kind of a dud,” shouting loud enough across the dance floor that Will might hear him. Noah is perhaps the most like Elizabeth in this moment, allowing his temper to flare up and ignoring what’s right in front of him: an attractive, interested, slightly older man who happens to be a wealthy lawyer. He’ll be Noah’s enemy. Until he isn’t.

“It is a truth universally acknowledged that a single woman, married woman, man, anyone really, in possession of a pulse, must be in want of Colin Firth in a lake.”

In the 1995 BBC “Pride and Prejudice” adaptation, described as “the origin of sexy Darcy,” the character, played famously by Colin Firth, emerges wet-shirted from a lake (sounds more like a Brontë love interest to me). The shirt in question is white, see-through and as bulbous as the infamous Seinfeld “puffy shirt.” Firth’s dark hair waves nearly down to his mutton chops. It’s Romantic with that capital “R,” to the point of ridiculousness, but the reaction was instant popularity.

Despite the lack of much of a physical description of Darcy in Austen’s source material, Firth’s portrayal became what people thought of when they considered the character. The definite Darcy, for years. The Guardian wrote: “It is a truth universally acknowledged that a single woman, married woman, man, anyone really, in possession of a pulse, must be in want of Colin Firth in a lake.”

These are difficult shoes (no doubt fussy and tight dress shoes) to fill.

His version was so popular, Firth complained later of being typecast. He had trouble finding work (how many Darcy-esque parts are there? Well, a few). Other notable Darcys in the years before and since the BBC series include Laurence Olivier and “The Americans” master of disguise Matthew Rhys, whose version leaned heavily into the mutton chops.

In Joe Wright’s 2005 adaptation starring Kierra Knightly as Elizabeth, Matthew Macfadyen (“Succession”) played Darcy, as he said Firth had before him, as “a grumpy adolescent, probably because I felt quite grumpy because I was scared.” But Macfadyen’s version attracted nearly as much attention as Firth’s (the two later starred together in Netflix’s “Operation Mincemeat”: dueling Darcys). Macfadyen’s Darcy seems more innocent, younger and perhaps with that trademark Darcy’s sullenness because of shyness more than a sense of superiority. His Darcy exudes social anxiety, rather than smugness. 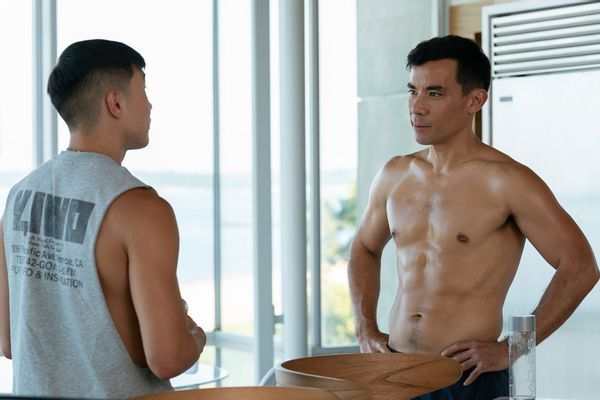 Fire Island (Searchlight Pictures)It’s a classic character trajectory but not the easiest for an actor: to make the audience hate you, then love you over the course of about two hours. Enemies to lovers, but do it in a story of manners. The smoldering, slightly bitter heart of “Pride and Prejudice” is Darcy, the unlikely love interest that launched a thousand Firths. These are difficult shoes (no doubt fussy and tight dress shoes) to fill.

His position of being the only man of color in his friend group does not go unnoticed.

What makes the Darcy of “Fire Island” different? For one thing, he’s queer. Ricamora, who is openly queer himself, as is all of the cast, told Gay Times: “We need movies that focus on our trauma. Then, we need movies that show us going to the grocery store, show us hanging out with friends, going to the beach, going on vacation.”

For another thing, he’s Asian. In the film, it’s mentioned only briefly that Will is Filipino-American, an identity Ricamora also shares, but his position of being the only man of color in his friend group does not go unnoticed by “Fire Island.” Possibly this only-ness could be the source of some of this Darcy’s shyness. He hangs back as his white, wealthy friends do yet more foolishness that Will might not be able to get away with, not so easily. Will never gets drunk. He never loses control, which may also be why it takes time for the romance to heat up with Noah. Will is careful. 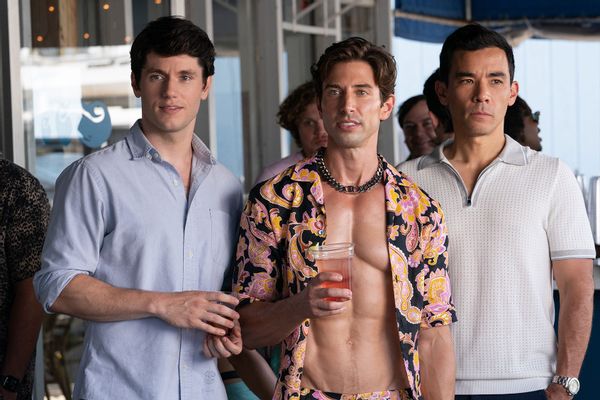 Fire Island (Searchlight Pictures)He’s also direct. He’s introverted, but he’s not playing games here. He doesn’t pretend to be something he’s not. He tells Noah firmly and repeatedly he doesn’t think monogamy is for him. Whatever flaws this Darcy may have, lying or manipulating is not one of them.

Socially awkward, he really can’t fake it, even to get by. As Decider, who calls him a “taciturn lawyer,” writes, when Noah comes across Will after they’ve fought, and Will is eating ice cream on the boardwalk like a mere mortal: “[Will’s] response? To physically throw the ice cream cone away from him. It’s ridiculously charming — this man is afraid of vulnerability to the point where he refuses to look even a little bit foolish for the sake of a frozen dairy treat.”

For a “Pride and Prejudice” story to work, it needs a powerful Darcy. Will is that. Ricamora, talented star of such stage musicals as “Little Shop of Horrors” and “Here Lies Love” and winner of a Theatre World Award, has a commanding presence, a velvety rich voice, and always looks as suave as George Clooney — but he makes Will’s awkwardness seem real too. He’s an outsider in a world he would like to pass through unnoticed, like a (party) boat in the night. Until Noah comes along to shake him up, Will would prefer to just be in the background. Please don’t make a fuss. Please don’t make a scene. OK fine, I’ll dance.

“This will only piss Dearie off”: Trump got his handpicked special master — now he’s objecting