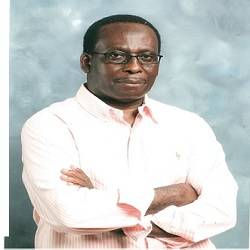 The vote is in. The election is over. My sympathies go to APC Alhaji Bola Tinubu and PDP Alhaji Abubakar Atiku, flag bearers of their respective parties for the 2023 presidential election.

As the highest bidder candidates with bullion vans, they didn’t even need to be voted into office. They could easily achieve a solid decisive win over their challengers without the need for an election.

Tinubu or Atiku as president would not change Nigeria for the better. None of the two candidates is a visionary. A visionary sees the clarity of a reality beyond accepted norms. Visionaries are more than seers or prophets who tend to see and proclaim their perception of a vision. They pursue the vision by engaging in the process of bringing it to fruition.

I believe the type of leader Nigeria needs at this scary and strange time of her history, is one of my political heroes: Lee Kuan Yew of Singapore. Lee was a visionary pragmatist. He was a rare leader who combined vision with action. An old Japanese proverb reminds us that “Vision without action is a daydream. Action without vision is a nightmare.” Lee was not only a visionary but also took actions to make his visions a reality.

Nigeria needs a Lee who is free from any political dogma. A Lee who is free from morbid greed. A Lee who is not a captive of any ethnic cabal. A Lee, who is a strong believer in good governance and strong laws that would be promptly and fairly implemented. Lee once said: “Once you have corruption, bad administration, fickle decision-making which can be influenced by friendship or favors or bribes, then you have got a problem.” “Corruption may become part of a political system,” continues Lee, “You need money to win in politics. So you promise people that provide you with this money favors, and when you get into office, whether it is the opposition of the governing party, you have to return those favors. So, the corruption goes on.” This is exactly what goes on in Nigeria.

We need a Lee who ensured that leadership at center was “beyond reproach, or else the whole system would break down.”

We need a Lee who would make Nigeria like Singapore a corruption-free country because of the strong laws Lee put in place, and their prompt enforcement. We need a Lee who changed the mindset of Singaporeans that would change the mindset of Nigerians “who are very individualistic and often feel that they have rights to do what they wanted, when they wanted, where they wanted, without proper consideration of the social good, public health, or environmental implications. The only way these mindsets could be changed was by laws and prompt enforcement.”

From their records, character, moral discipline, leadership style, reputation, influence, etc., nothing suggests that Tinubu and Atiku possess the leadership qualities of Lee Kuan Yew. They are not visionaries. They are not pragmatists. They are not leaders. They are not givers. They are leeches and takers. They are rotten octogenarian tomatoes for a rotten country. Our sympathies go to a dying nation and a dying people. But our hope for the Yoruba Nation is rekindled! 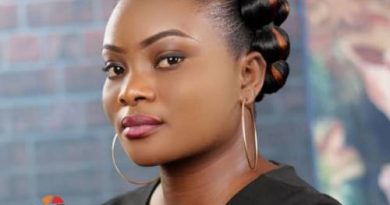 Where Can Nigerian Youths Turn To For Fair Leadership? By Ehi Idakwo