The opposition party claimed on Wednesday that the victory of Tinubu at the APC presidential primary election has given the PDP an edge ahead of the 2023 general elections.

Debo Ologunagba, the spokesperson for the party, described Atiku as more competent and prepared than Tinubu.

“Our Party also sympathizes with Asiwaju for embarking on a journey to nowhere as he is no match for PDP’s more popular, more competent and more prepared Presidential Candidate, His Excellency, Atiku Abubakar, the unifier and the people’s choice, who defeated President Buhari fair and square in the 2019 Presidential election,” the PDP said.

“Asiwaju will soon realize that Nigeria is not one of his acquired estates or fiefdoms and that the Nigerian people are not his political string-puppets and retinue of lackeys, from whom he bought the APC Presidential ticket.

SaharaReporters had reported that Tinubu earlier clinched the presidential ticket of the ruling APC with 1,271 votes.
Tinubu on Wednesday emerged as the APC presidential candidate after defeating a former transportation minister, Rotimi Amaechi; Vice-President Yemi Osinbajo; Senate President, Ahmad Lawan, among others. 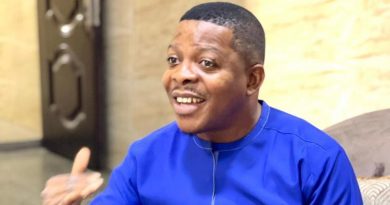 The Many Delusions Of Babatunde Fashola, By Usman Okai Austin