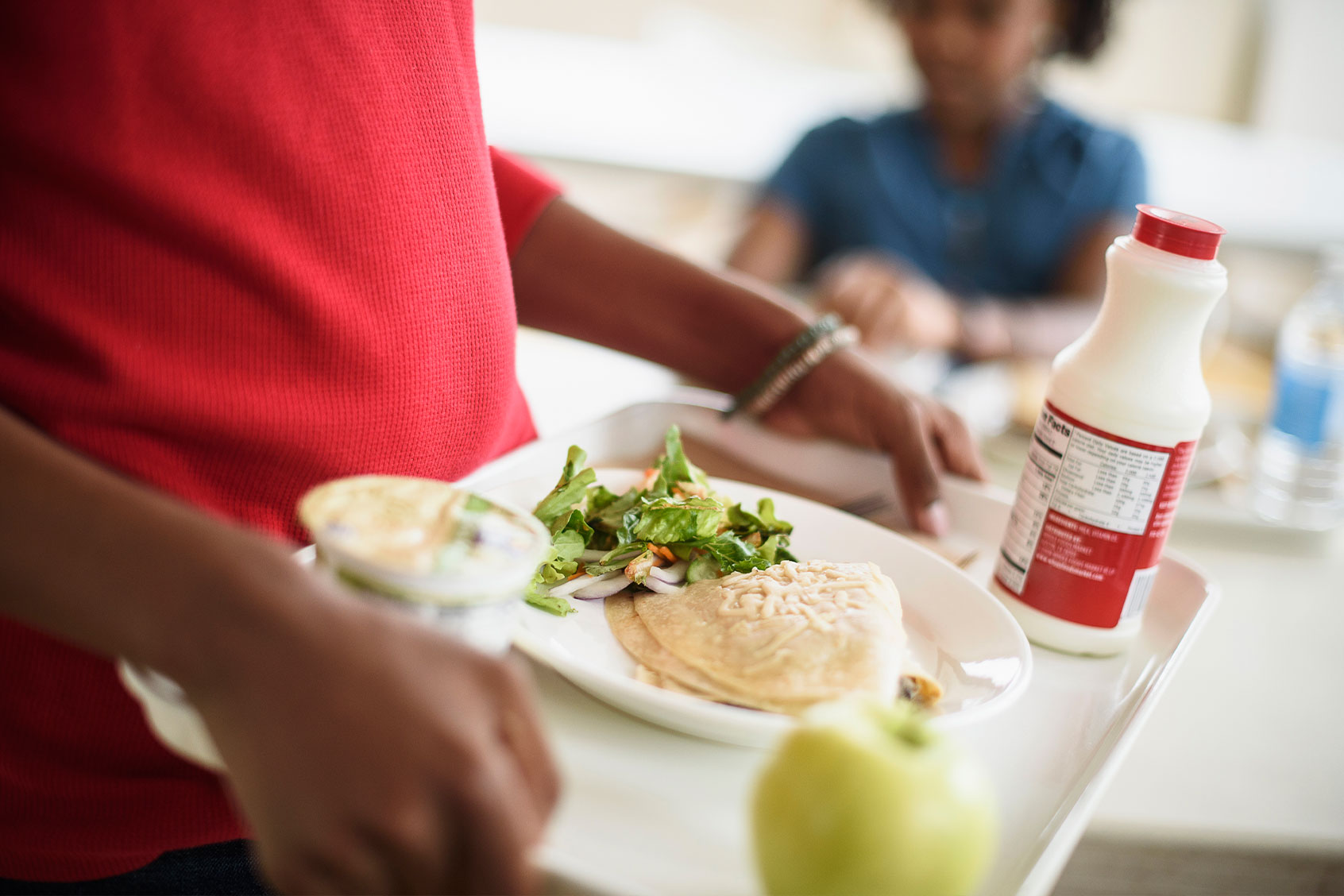 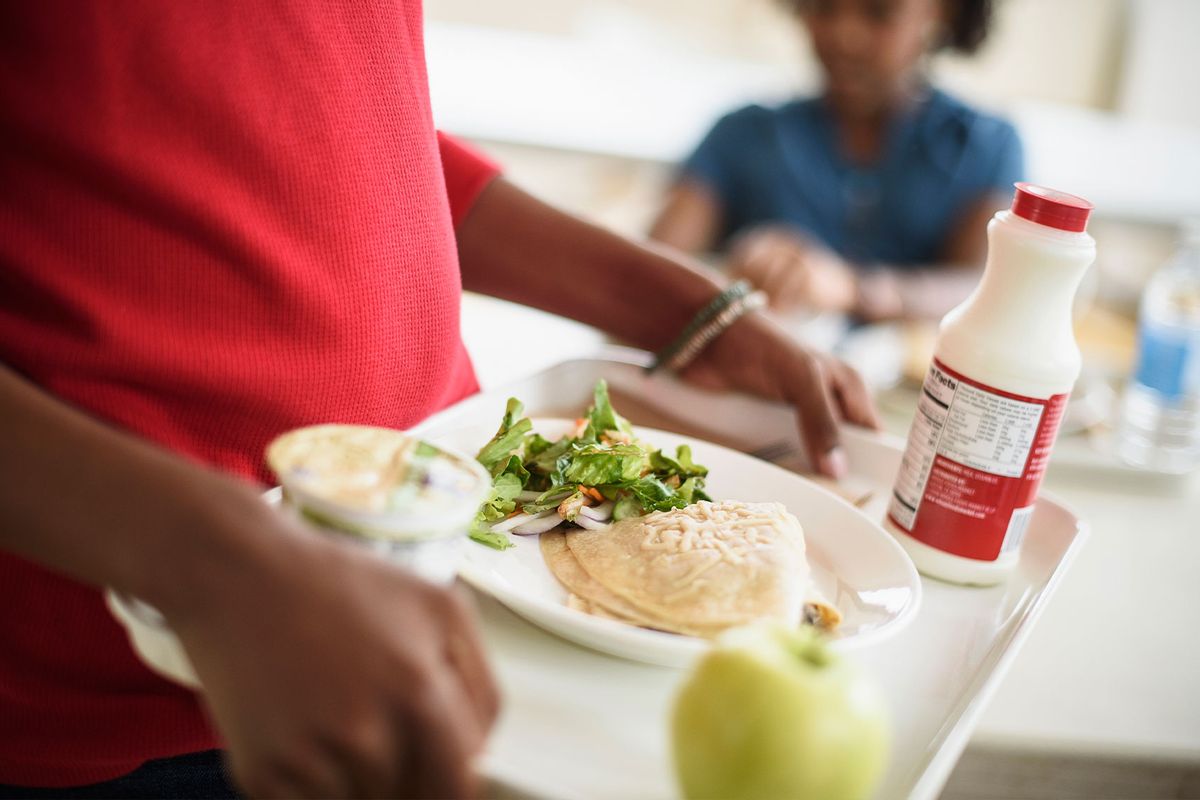 Like many moms, Linda couldn’t afford to work when her two kids were young because the cost of full-time daycare would have completely eaten up her paycheck and then some. She carried a part-time job in the evenings, after her husband got home, just to afford groceries.

It wasn’t until her kids started school in a low-income district in Kentucky that Linda, who asked to use a pseudonym for privacy, was able to start a paid internship in the field where she ultimately wanted to work.

“It was hard to get everyone ready for school and work — Kindergarteners are notoriously uninterested in your schedule — and I packed lunches every morning because we couldn’t afford the $1.75 a day per kid every single day,” Linda told Salon. “Occasionally, if I was running late or we didn’t have anything to pack, I would give them lunch money. But it would often get lost or stolen, and I would have to pay for lunch twice.”

About a year into both her kids being enrolled, school administrators announced that they would be moving to universal free school meals. Much like the federal programs that were rolled out on a national basis during the early months of the pandemic, this program allowed all students, regardless of economic status, to receive free school meals.

“It was such a relief,” Linda said. “Technically, I could afford to feed my kids, but it was a constant source of stress. The free lunch program was a huge weight lifted from me. I truly believe it was one of the stepping stones toward achieving my full potential professionally.”

“Technically, I could afford to feed my kids, but it was a constant source of stress. The free lunch program was a huge weight lifted from me. I truly believe it was one of the stepping stones toward achieving my full potential professionally.”

When Linda and her family shifted school districts amid the pandemic, federal universal free school meals were still intact. She said that “in the midst of everything, that was going on it was one less thing to worry about.”

However, everything could change on June 30, after current federal waivers that assist schools in funding universal free school meals are set to expire.

The waivers administered by the U.S. Department of Agriculture’s National School Lunch Program have previously been extended across party lines. However, Congress didn’t earmark money to continue funding universal free school meals in the $1.5 trillion spending bill passed by House and Senate lawmakers in March 2022.

As Salon’s Jon Skolnik previously reported, this puts 30 million kids “at risk of losing a guaranteed meal for five days a week.” If and when the waivers do expire, it’s likely that moms and teachers will be left to pick up the slack.

According to Linda, the cost of school meals — which averages about $2.50 per child, per meal across the country— might seem insignificant. However, they can make or break a family budget that’s on the brink.

“It’s going to be a struggle, but we will manage,” Linda said. “But now I am worried about the other moms who are looking at their finances and trying to figure out how they will balance professional fulfillment with taking care of their families.”

That balancing act is tough financially, but also in terms of who tends to pick up additional domestic labor in two-parent households.

According to a 2019 Pew Research Center study, which was sponsored by the U.S. Bureau of Labor Statistics, women are far more likely than men to do most of the meal preparation and grocery shopping, which includes food budgeting, in households consisting of married or cohabiting parents.

Moms emerged from the study as the primary meal preparers — including making school lunches — and, as such, they spend more time in the kitchen on a day-to-day basis.

“Moms spend an average of 68 minutes per day on meal preparation vs. 23 minutes for dads,” the study said. “Among parents who usually prepare the meals, mothers spend more than an hour (about 75 minutes) on average on it per day, compared with 43 minutes among fathers. The gender difference persists among parents who say they do not usually handle meal preparation: Mothers in this category spend an average of 30 minutes on meal prep daily, while fathers spend around 15 minutes.”

While preparing school meals on a day-to-day basis may not seem like a daunting task, it’s yet another calculation that working moms have to consider in terms of both budget and time. Especially to moms who are members of other vulnerable groups, it can feel like one more thing stacked against their professional ambitions.

Do you dedicate more time at home to meal preparation in an effort to save money? Or do you take on additional hours at work in order to afford school meals, especially if you have multiple kids?

These are the choices that, again, primarily fall to working moms.

Teachers will likely be called upon, too, if the scales tip back to the pre-pandemic reality when not all the students in their classrooms are being fed. There’s anecdotal evidence to back this up, as a scan of local news archives produces headline after headline about “hero teachers” who spend their own money to feed hungry kids in their classrooms.

There are also hard statistics, which have been compiled by the food-based nonprofit No Kid Hungry. According to the organization, most teachers spend $300 of their own money each year on food for hungry students. Three out of 4 public school teachers say students regularly come to school hungry. Of those educators who see hunger regularly, 81% say it happens at least once a week.

Andrew Bryzgornia, a public school teacher in Minnesota, told Salon that “when students are hungry, they can’t focus on their schoolwork.”

“Teachers are taught Maslow’s hierarchy of needs, a tiered list of needs that must be met before a person can be motivated to complete a task. Food is one of the basic needs,” Bryzgornia said, adding that “the kids that are hungry are disappointed when I don’t have food to share and noticeably struggle to focus in class.”

Audry Harris, an elementary school teacher who was interviewed by No Kid Hungry, said the hardest part of being a teacher was watching her students fail while knowing they didn’t have the food they needed to succeed.

“We all set aside money for food for the kids,” Harris said. “On Monday morning, they are hungry. Many of them haven’t eaten a real meal since lunch on Friday. Monday morning you just come with extra.”

She continued, “It’s heartbreaking when I can’t do my job because my students are hungry.”

Just as working moms shouldn’t have to decide between their professional lives and caring for their kids, teachers should be able to do their jobs without having to dip into their own pockets to provide basic necessities for their students.

The organization characterizes teachers as “first responders to hunger,” which is absolutely true — but it shouldn’t have to be that way. Just as working moms shouldn’t have to decide between their professional lives and caring for their kids, teachers should be able to do their jobs without having to dip into their own pockets to provide basic necessities for their students.

Lauding them as heroes for doing so simply reframes the reality that Congress hasn’t prioritized free universal school meals for all students, and the results of that decision are likely to be devastating for many, many families.

“It seems like such a small and insignificant thing — $2.50 a day per kid — but there will be kids who will be teased for being on free lunch,” Linda said. “Or kids whose parents are too proud to apply for benefits, or kids whose parents make $25 too much a month to qualify. I have also been in this category before for food stamps. With the cost of everything going up, it seems like this is a really bad time to pull the rug out from under folks.”

In the absence of lawmaker action, parents and teachers will once again be forced to find a solution to a problem that kids can’t clear up on their own.

“Universal free lunch is an equalizer — without it, you either have lunch or you don’t. There is freedom in blending in with the lunch line and not having to answer questions about whether or not you can afford to be there,” Hannah Self, a public school teacher in Kentucky, told Salon. “Being able to pay for lunch is not a problem for children to solve.”

Want to update your roast spring chicken? Cover it in this easy lemon-dill butter