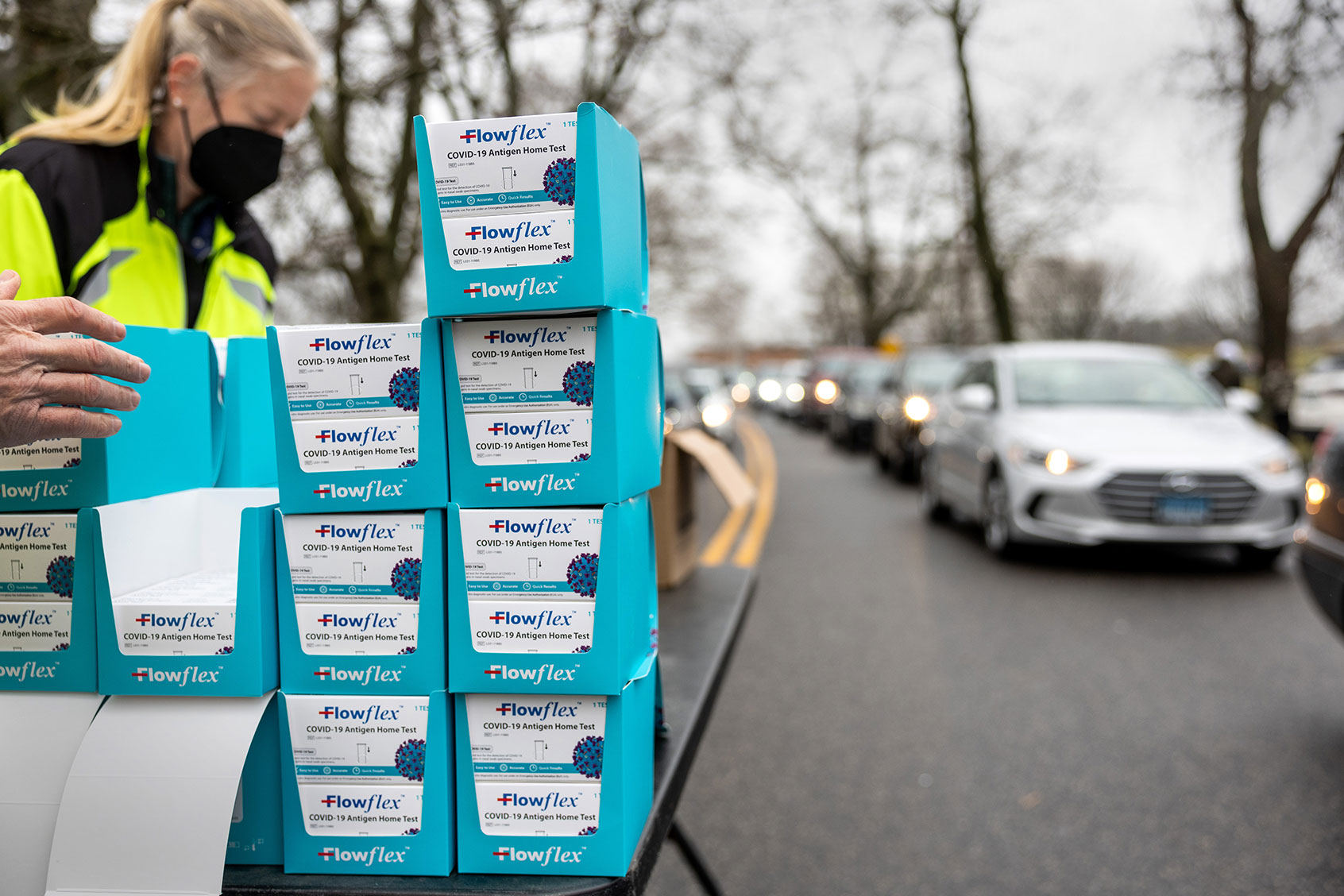 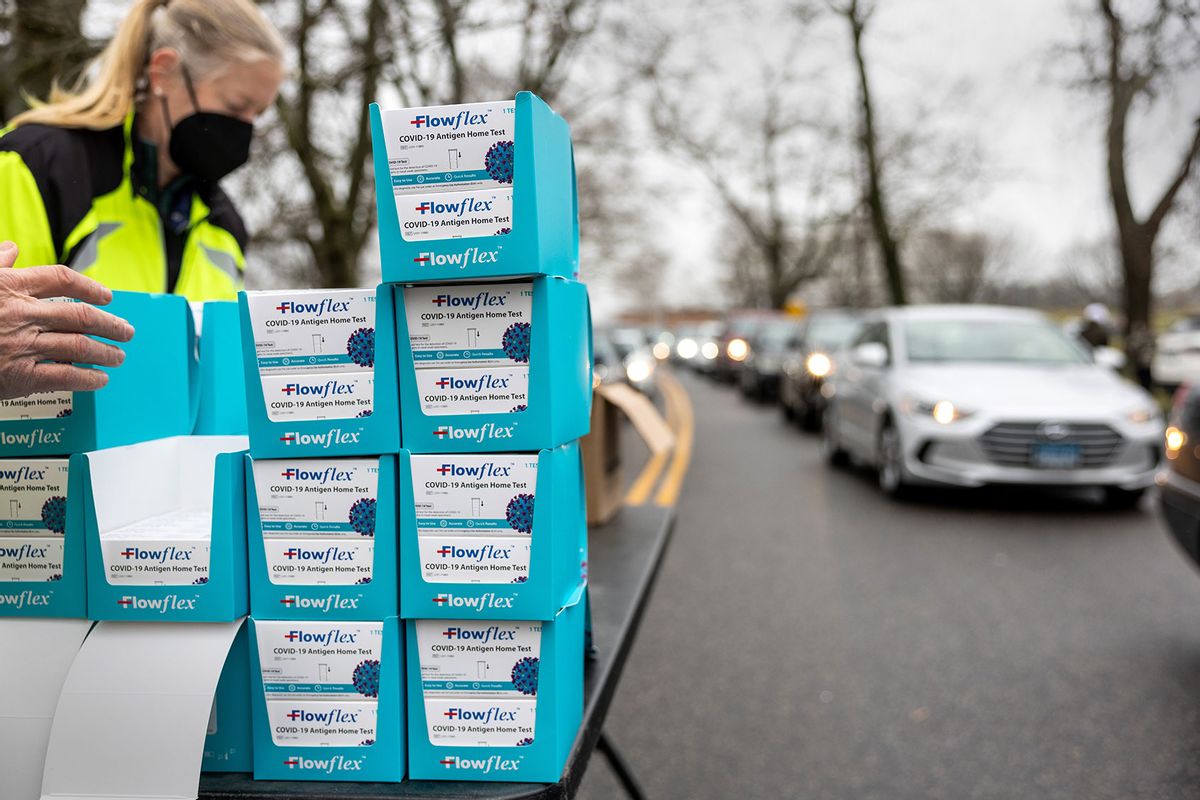 As COVID-19 case numbers have been slowly rising across the United States, Americans are turning to at-home rapid antigen tests to suss out whether they are sick from a good-old fashioned cold, the flu, allergies — or COVID-19.

Though such at-home tests were once hard to come by due to supply-chain issues and the supply and demand mismatch, the Biden administration’s investment in millions of free tests that can be requested by Americans via the postal service has made them more ubiquitous.

Hence, many American families have adopted a now-familiar pandemic ritual: someone in a household develops symptoms, takes an at-home test, then tests negative and goes about their life; or, tests positive and self-isolates.

Yet this seemingly straightforward routine isn’t so when the tests don’t work very well. Many American have reported false negatives — sometimes, repeatedly — from their at-home tests. In April, ESPN reporter Alexa Phillipou reported “test[ing] positive for COVID after a pair of negative at-home tests.” Writer and podcaster Lindzay Gibbs similarly reported testing positive at home after testing negative two days in a row.

As the pandemic limps along, the unreliability of at-home tests has transformed what should be an easy task into a frustratingly nuanced statistics game As a result, experts say a negative at-home test doesn’t necessarily mean that one is clear of COVID-19. Often, it isn’t until the symptoms worsen and other possibilities are ruled out when a second test — or third, or fourth — yields a positive result.

This repetitive test-taking ritual can be costly. Once someone has exhausted their free government tests — which you can periodically order more of, by the way — it can cost a family of four nearly $100 to take two tests each. Once someone tests positive, more people in the household are likely already developing symptoms.

As versions of this hypothetical scenario play out in households across America, it’s a normal question to ask: Are at-home tests even worth it at this point — financially, emotionally and logistically?

“One of the reasons why is that our group here at UMass did a study over the winter, where we looked at the performance of three major types of tests versus both delta and omicron,” Hafer told Salon. “We felt that the study showed that the tests could detect omicron and they performed similarly, whether it was during the delta period or the omicron period.”

In other words, the false negatives are not necessarily arising due to the subsequent mutations of SARS-CoV-2, but for reasons relating to the sensitivity and mechanics of these tests. Hafer and Soni’s research adds to a growing body of research that suggests if a person is infected with COVID-19, it is likely that the infection would yield a positive test on a laboratory PCR test 48 hours before an at-home antigen test. This is because PCR tests are able to detect extremely small amounts of viral material by amplifying the genetic material samples.

“We know the SARS-CoV-2, just like any infection, is going to take some time to build up in the body after somebody’s infected, and that’s really the delay that people are seeing.”

While PCR tests are considered the gold standard for detecting the virus, they require more time and support to work, and a laboratory setting. Yet that means that PCR tests can detect even the smallest trace of the virus. The samples for PCR tests can be taken at home, but they must be analyzed in a lab setting.

The key advantage of at-home antigen testing is its ability to give a result in 15 minutes — though these tests can only detect the viral proteins that are present in the sample, and do not amplify them in the same way as a PCR test.

Oftentimes with at-home tests, COVID-19 can only be detected when a person’s symptoms start, and when they are at their most contagious. Yet someone with COVID-19 might be contagious before they start to experience symptoms. Researchers estimate omicron’s incubation period, which is the timeframe from when a person is exposed to the virus and then develops symptoms, is around three days.

“The over-the-counter test does not have an amplification step like the PCR or molecular tests out there,” which are “extremely sensitive because they amplify genetic material,” Hafer told Salon. Hafer explained that the at-home tests are “less sensitive by their nature.” “We know the SARS-CoV-2, just like any infection, is going to take some time to build up in the body after somebody’s infected, and that’s really the delay that people are seeing.”

Soni and his colleagues conducted a study that found that at-home testing prevented around 40 cases a day, compared to communities where at-home tests weren’t commonly used.

Previous estimates suggest that at-home antigen tests such as BinaxNOW or QuickVue have an accuracy in the range of 85 percent, meaning they miss about 15 out of 100 people who are infected.

Soni said the “bottom line” is that at-home tests are still “very useful” and “critical,” in part because of accessibility. Since April, many COVID-19 testing sites (meaning PCR tests) have shut down.

“Another point I want to make, in terms of the utility of rapid antigen tests, is more at a population level,” Soni said, explaining that he and his colleagues conducted a study that found that at-home testing prevented around 40 cases a day, compared to communities where at-home tests weren’t commonly used. “At a population level, we definitely see rapid antigen tests as critical,” Sonia added.

Still, Soni worried there wasn’t enough guidance for Americans on how to use them most effectively. First, just because you test negative doesn’t mean you don’t have COVID-19; if you were in contact with someone who tested positive, yet tested negative, Soni said to take another rapid antigen test within 24 to 48 hours. In between that time, he said one should wear masks around the house and isolate from others.

“Masking prevents transmissibility, and even though transmissibility is possible with a negative antigen test, the odds of that happening are much lower,” Soni said. “So between confirming that it’s a negative antigen test and masking, you decrease the risk of transmitting the virus to other members around your household or anyone you interact with.”

Kylie Jenner and Travis Scott Are Reportedly Over After Holidays Apart

Image Source Whether it’s blazing hot or you’re bundled up in layers of fall sweaters and scarves, wearing sunscreen daily