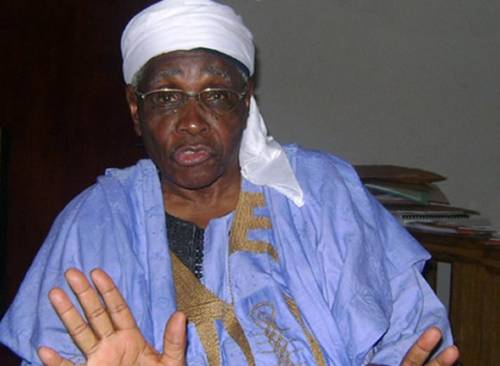 The presidency of General Muhammadu Buhari serves as the grimmest moment and the darkest chapter in the history of Nigeria.

Some northerners are suffering from “shared psychosis” (madness) of hallucinations, delusions, disorganised thinking and speech. Buhari as the symbol of “induced delusion” spreads the madness to some of the northerners. The result is heightened pathologies, inducing delusions, paranoia, and a propensity for terrorism, violence, killings, and chaos such as we are witnessing today in Nigeria. Buhari and the affected northerners are as dangerous as any terrorist group because their mental pathology is accompanied by criminal-mindedness.

They foolishly insist the next president must come from the north. In their arrogance, obduracy, and shared madness, they believe they are the ones with the divine right to anoint the next president. In a cacophony of hysteria, they say it’s their turn to produce the next president. The northerners are pushing their luck too hard. They are working strenuously to set Nigeria ablaze. Their greed for power, the relentless pursuit of hegemony, and dumb intransigence would further animate the cause of Yorubas and Igbos calling for separation.

All the dictators that ever ruled Nigeria are northerners. They gave us bloodthirsty dictators like Generals Sani Abacha, Ibrahim Babangida, Abdulsalami Abubakar. The present dictator, Buhari, is a northerner of the Fulani Sunni Muslim stock.

As we precariously inch towards 2023, the northerners are dishing out inflammatory statements short of saying the north is the owner of Nigeria. Ango Abdullahi, Convener of Northern Elders Forum said: “The issue of zoning or power shift is dead and buried. Candidates should be allowed to contest elections on the basis of merit of their competence and not where they come from, hence the Northern Elders Forum is of the opinion that the presidential position should be left open for standard norms of the democratic process.”

Where were Abdullahi and his northern bigots when zoning was used in selecting Buhari to succeed former President Goodluck Jonathan? Why didn’t northerners demand “merit” “competence” “and not where they come from”? If merit was used, Buhari would never have come near the gate of Aso Rock!

The northerners, no doubt, tear reason out of their heads. They have lost their senses and other cerebral virtues.

Listen to Sheikh Ahmad Gumi, the self-appointed middleman for Fulani terrorists. The divisive figure who negotiates ransom on behalf of kidnapped victims said: “Kidnapping children from school is a lesser evil because in the end, you can negotiate and bandits are very careful about human lives. Before, the mission of bandits was to go into a town, ransack it and kill people.”

“The bandits… they have families, children… they should be respected and should be given all the human rights everybody has.”

The Northern Consensus Movement claimed that “the north has a population of 120 million people and Fulani has 40 million.” According to NCM, the north has a total population of 160 million people and the south only 70 million people. Indeed, the figures must have been concocted by roadside suya sellers! The group emphasised that there was no way the south could defeat the north. The north, wrongly I might add, still laments over the remaining four years left of the late President Musa Yar’Adua’s tenure. All these statements and many more, show the shared madness of some northerners typical of herd instinct.

To those of you that will be left behind in Nigeria after the exit of Yorubas and Igbos, you must prevent another moron from the north from succeeding Buhari or risk being wiped out by the Fulani terrorists.

Polygamy Versus Monogamy Debate: A Response To Reno Omokri By Aaron Ukodie 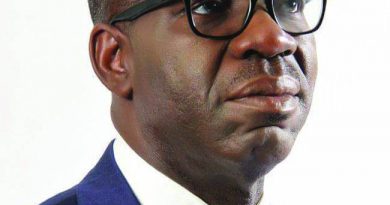