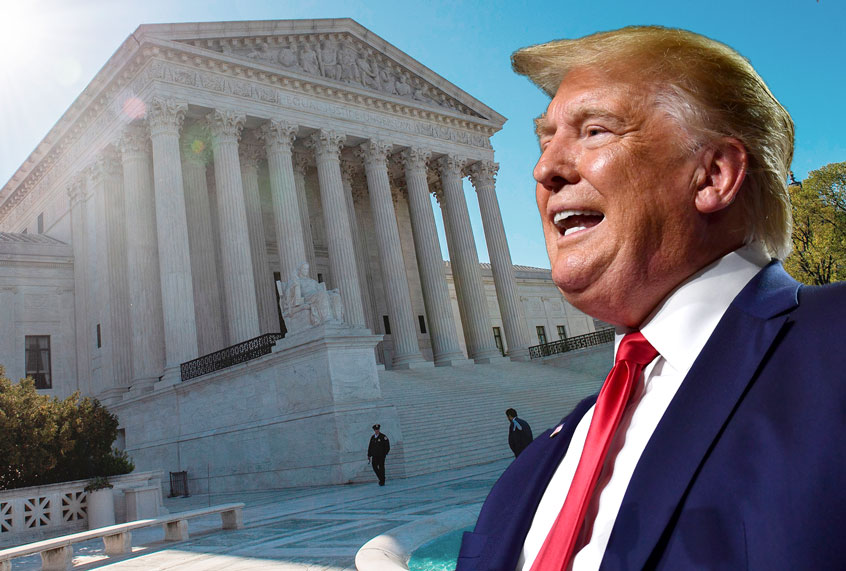 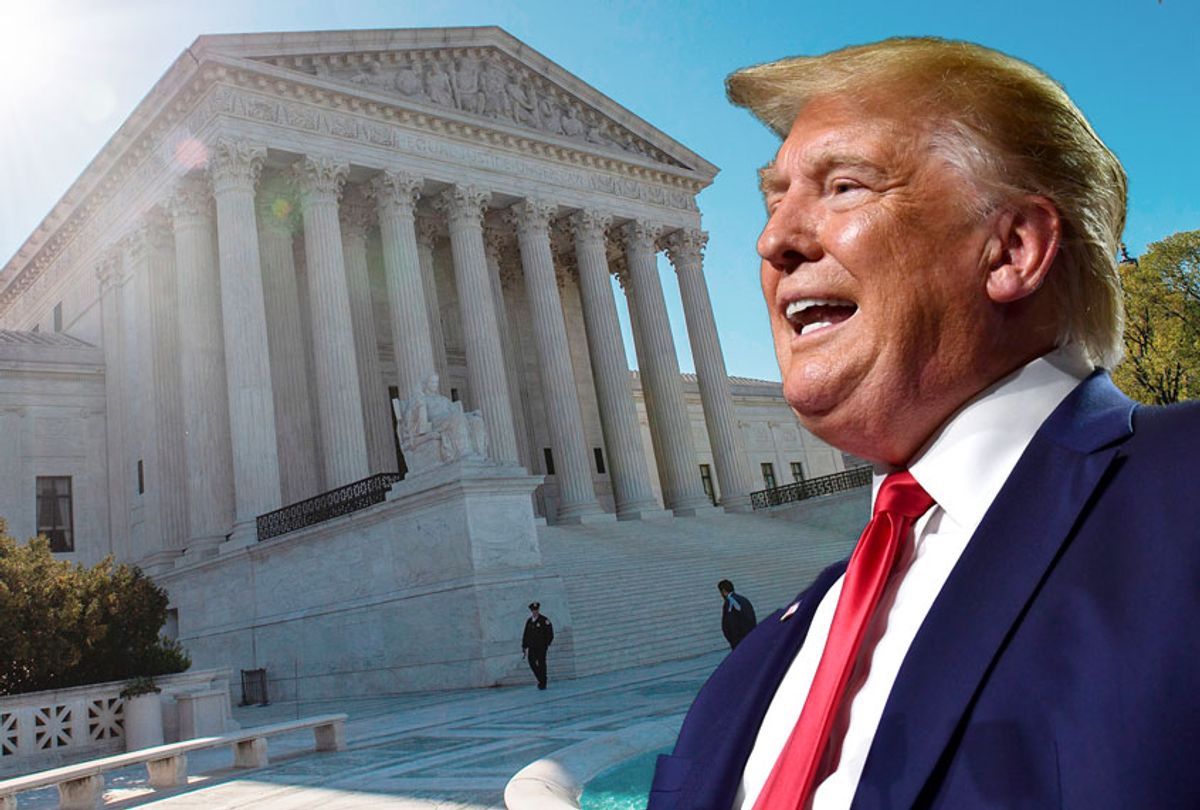 I think a lot of us remember that sick feeling we felt on the morning of November 9th, 2016 when we realized that Donald Trump was going to become president. I know I had never felt that way after a disappointing election before and I’ve been through many in my life. But this one was different and it wasn’t just because I feared for the future of the country in the hands of such a patently unqualified, unfit president. I felt that the election of such a man signaled that the nation was rapidly deteriorating into an antediluvian state in which the progress of the 20th century was rapidly unraveling.

And there was a very specific sense of doom on one particular issue.

Since Mitch McConnell had unethically held open the seat vacated by Justice Antonin Scalia it was clear that they would replace him with another right-winger and that the Republicans would almost certainly have a chance to fulfill their promise to curtail women’s rights. The day Donald Trump was elected was the day women in America lost the right to control their own bodies in every state. It just took until now for the right cases  — and a couple more Federalist Society recommendations for backup — to finalize the loss.

The leak of Justice Samuel Alito’s draft opinion of the pending Supreme Court case Dobbs vs Jackson Women’s Health Organization was surprising but the opinion itself was not, however emotionally jarring it was to read. As with so much else these last six years, the U.S is poised, once again, to abandon its status as an advanced democracy. The New York Times reported, “since 2000, 31 countries, many just as pious as Mexico, have expanded access to abortion, only three have rolled it back: Nicaragua, Poland and the United States.”

I think the satire site DPRK News Service on Twitter said it best, however:

It’s just one more example of our vaunted exceptionalism. The American right-wing’s moral preening about the unborn combined with its fetish for gun violence and resistance to guaranteed health care makes the U.S. a very special place indeed.

That’s where we’re going with this, folks, right into the bedroom.

It’s very telling that the reaction to the news that the Supreme Court is poised to deliver the Holy Grail hasn’t resulted in dancing in the streets by the usual suspects. I would have thought Republican voters would run out of their houses cheering and crying with joy at the news as the pundits on Fox and Newsmax high-fived each other and passed out cigars. But instead of celebrating their sweet victory, they are obsessed with the leak as if the “integrity of the court” is more important that the fact that they have finally achieved their most precious goal.

Apparently, they have mixed feelings about their latest triumph. Why else would they care if the ending of what they term a “holocaust” is announced in May or June? Could it be that they know that the vast majority of Americans are opposed to this and it may not redound to their political benefit? Is that why Trump told Fox News that he doubts a decision in the case will have a “tremendous effect” on November’s midterm elections?

RELATED: Why the right-wing is having a complete meltdown over the Supreme Court’s leaked anti-abortion draft

Almost everything about the Republican Party’s embrace of anti-abortion zealotry has been nothing more than a cynical tactic to co-opt the large conservative Evangelical Christian bloc of voters and I’m not sure they were prepared to actually deliver. Like many people, I suspect they thought the court would whittle away at Roe v. Wade in bites small enough to keep Democrats from mobilizing but enough to keep their anti-abortion faction agitated and engaged. The Supreme Court overturning Roe may complicate the GOP’s immediate plans to win the midterms, sabotage the Biden administration and then “win” the trifecta in 2024.

This statement from anti-abortion zealot and Nevada GOP Senate candidate Adam Laxalt illustrates the problem for some of them:

One of the most cunning aspects of the decades-long anti-abortion political strategy has been to argue that they are morally outraged by what they call the wanton murder of babies while in the same breath blithely insisting that they are fine with a bunch of faceless state politicians and courts doing whatever they want if Roe was overturned. It makes little sense but I’ve rarely seen anyone challenge them on it.

The Alito draft relies on this “states’ rights” argument as well, which is really rich considering that he contemptuously compares Roe to Plessy vs Ferguson, which upheld Jim Crow on the basis of the same states’ rights doctrine. Adam Serwer in the Atlantic explains:

In Plessy, Justice Henry Billings Brown held that Louisiana’s segregation law, as far as the Fourteenth Amendment was concerned, “reduces itself to the question whether the statute of Louisiana is a reasonable regulation, and, with respect to this, there must necessarily be a large discretion on the part of the legislature.” Alito has now applied this same logic to abortion—but not just abortion—arguing that in the future, courts should defer to state legislatures “even when the laws at issue concern matters of great social significance and moral substance.”

I do think it’s fair to assume that Alito will not object if a future Congress and president pass a total ban on abortion, as the Washington Post reported was already being plotted by “pro-life” movement activists and their GOP allies. But in the meantime, Alito’s “states’ rights” logic, which served its purpose well until 50 years ago, will likely be put to good use by this radical Supreme Court majority to roll back much of the progress of the second half of the 20th century and the first 20 years of the 21st. Despite his protestations that this argument only applies to abortion, it’s pretty clear that the driving forces behind this movement will not be satisfied with that. Almost certainly, marriage equality and contraception are at the top of their agenda.

Some have even bigger ambitions:

The New York Times just reported over the weekend that VDARE’s Peter Brimelow was recently on the Fox News organization chart reporting directly to Rupert Murdoch.

Until they can get their nationwide ban, the anti-abortion zealots will be hard at work in the states. According to the Guttmacher Institute, which tracks abortion politics, there are already 23 states with restrictions waiting to be enacted the minute the decision comes down. There are “trigger laws,” in Mississippi, Arkansas, Idaho, Kentucky, Louisiana, Missouri, North Dakota, Oklahoma, South Dakota, Tennessee, Texas, Utah, and Wyoming instantly limiting or banning abortions, most without any exceptions for rape or incest. Nine states have pre-Roe laws that were never repealed.

The Supreme Court overturning Roe may complicate the GOP’s immediate plans to win the midterms, sabotage the Biden administration and then “win” the trifecta in 2024.

And they are already feverishly writing new laws to prevent women from accessing the abortion pill through the mail and from travelling to other states to obtain abortions, which they will now feel free to criminalize. CNN reports that Missouri, for instance, is contemplating a bill that would expand its already draconian abortion law to “abortions obtained out of state by Missouri residents and in other circumstances, including in cases where ‘sexual intercourse occurred within this state and the child may have been conceived by that act of intercourse.'” How do they expect to know such information?

That’s where we’re going with this, folks, right into the bedroom. Justice Samuel Alito has written an opinion designed to destroy the right to privacy so that he and his compatriots can metaphorically pull up a chair at the end of your bed and decide what you are allowed to do and with whom. It won’t end with abortion. It’s never just been about abortion. 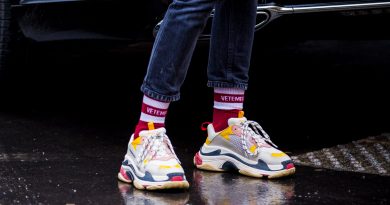 The Best Sneaker Deals Worth Picking Up on Prime Day