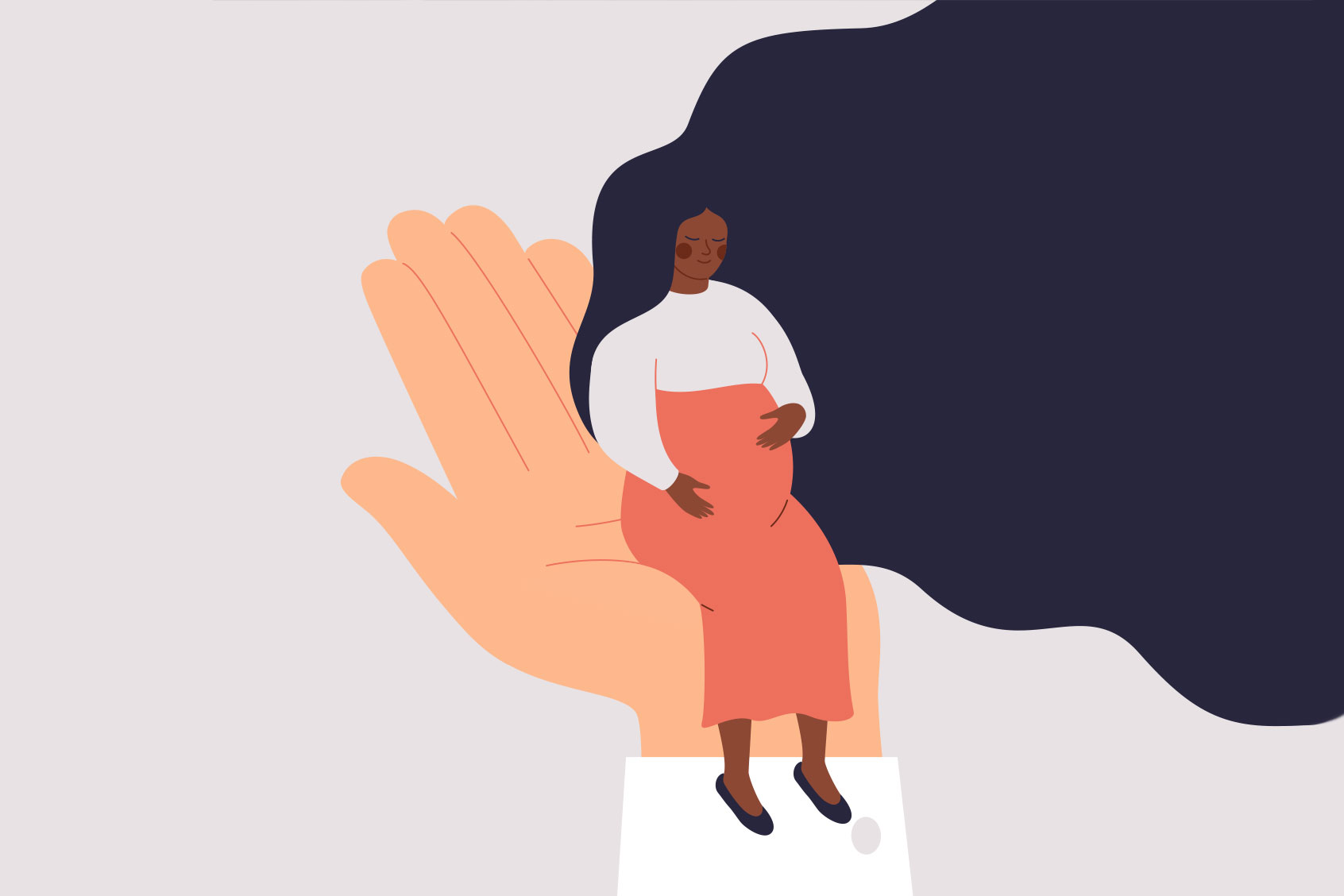 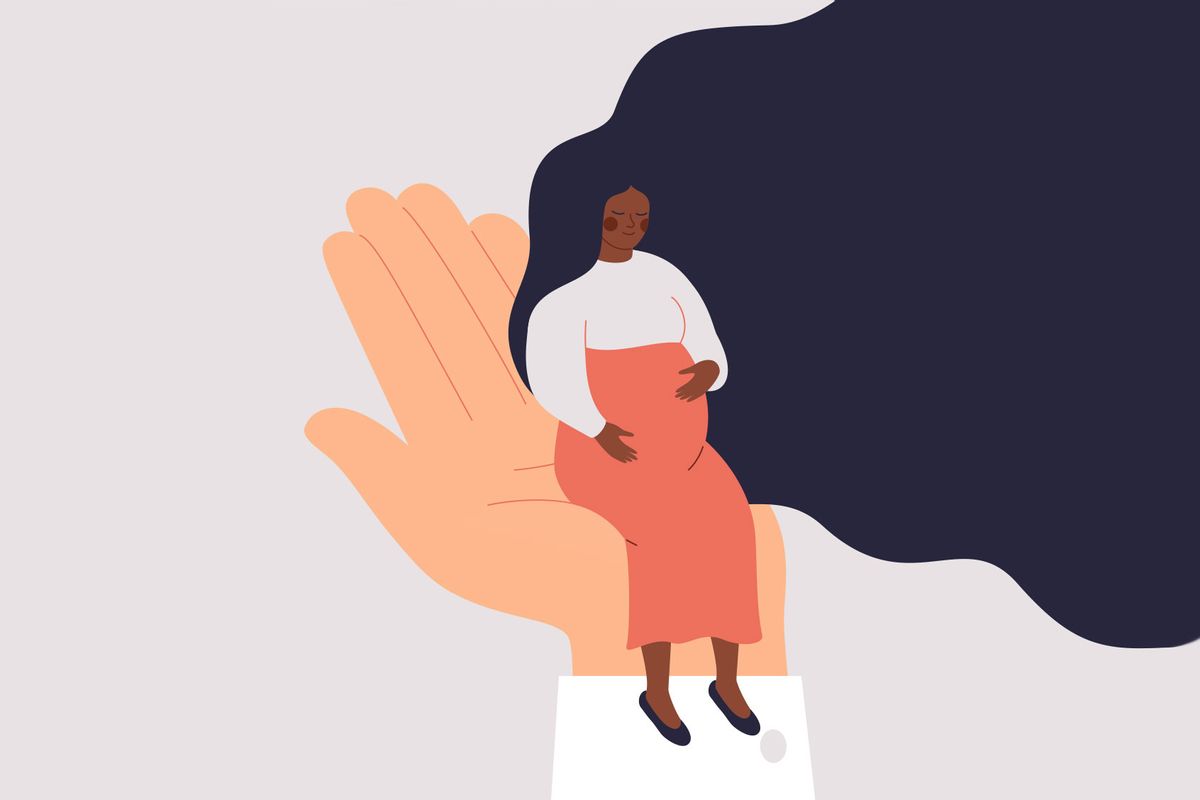 In the immediate wake of the leak of a draft of a Supreme Court opinion fully repealing abortion rights, calls began again, as they always do, for people, particularly those who might ever need abortion care, to leave red states. Just move away.

Red states are too dangerous. Red states hate women. Any company moving operations into a Republican-controlled state now needs to be fully aware of the policies they’re implicitly supporting. As Rachel Bitecofer wrote on Twitter: “Hard to imagine robust economic growth in red states when any corporation coming in will be sentencing their female workforce to forced birth.”

I lived most of my life in a red state that occasionally leaned purple. My child was born there. I was too, though: different state, same color. The access and affordability of abortions in my longtime state, Ohio, can be prohibitive, especially in the remote and rural area that was my home. But the cost of parenthood is even more impossible, if not for my red state’s secret weapon in both regards: community.

If you were living in Appalachian Ohio, to obtain an abortion you would need to travel 90 minutes each way into the state capital, which likely means finding a car, as public transportation is inconsistent. You would need to make at least two of these visits, as Ohio currently requires a counseling appointment, including an ultrasound, for those seeking an abortion. This means at least two days off work, though likely more. A medication abortion, though conducted at home via pills, requires a clinical follow-up. That’s another trip, more time off work, not to mention the hundreds of dollars that abortions cost.

When no one is coming to help, when no help has come for a long time, you learn to help each other.

But if you think abortions are expensive, try having a kid. To begin with there is the birth itself, a hospital bill that can set a family back for years, possibly for life. It’s not unusual for an unexpectedly high-risk birth to cost the parents millions. Where I lived, the options were limited for giving birth. There was one rural hospital, the site of various malpractices. No birth center. No women’s center. No choice.

That should have been my first lesson, that the lack of options in my state would continue into my baby’s childhood. The conversations about childcare have finally, firmly acknowledged that it’s too expensive for most Americans — but not that, in places like where I lived, there simply isn’t any. Not enough childcare to go around. Not safe, not licensed, not affordable, not any at all.

When I finally found a preschool for my son, at the community center, I was thrilled. Unfortunately, it was affordable because it was only three mornings a week, for three hours. I used to bring my computer and work in the lobby so I wouldn’t waste time going home and coming back.

The lack in red states extends as a child grows older. It means lack of summer opportunities — i.e., childcare so those of us who are not on vacation can work in the summer months — lack of camp, summer school, lessons, enrichments. Children in rural areas lose more learning over the summer — called the “summer slide” — than their urban peers, according to research.

If this is not appearing like a resounding vote to stay in your red state, let me introduce you to the those that fill this gap for many parents, including me: other people. People fill the gaps with care.

When my son’s public elementary kept cancelling school for snow days, a fellow parent organized Snow Day Camp. We alternated at which house a group of kids would spend the day. For a mother like me, a single parent working full-time, the children didn’t come over to my place but instead I contributed in other ways: I bought board games or lunch. We did the same thing for summer, when one mother organized a Cooking Camp in her home and we all chipped in financially or with supplies.

Small, rural places have a reputation for gossip, but when people know your story, they know how to help. My neighbors knew when I was on a book deadline, and would entertain my son. I knew when a fellow mom was working late at her new job and I would watch her kid. We all knew when a new baby had arrived, or a family was dealing with sickness or divorce or job loss, and would coordinate dropping off food, taking the kids for a time.

In parts of the country where people have no family and no helpful community, parenthood is untenable because it does take so many people, working together to make it work.

The answer is to stay and fight.

But that’s one of the things small, so-called neglected towns in red states do so well. When no one is coming to help, when no help has come for a long time, you learn to help each other. When you see a need, you try to fill it.

The same is true of abortions in a red state. That 90-minute drive each way to a clinic? Volunteers will drive you (sometimes the most prohibitive part of abortions is physically getting people to their appointments, especially in rural areas like where I’m from). Funds exist, local to each state, to pay for abortions as well as to support childcare and food. Resources exist for self-managed abortion. Regardless of where you live, medications for abortion are safely and readily available online, though the legal ramifications can vary from state to state. There are networks available to talk people through it.

As the aftershocks of the leaked draft opinion started to be felt, some people called loudly and publicly for the forming of networks to support getting people abortions. But those networks already exist. They have for generations, particularly in the parts of the country that have been cast aside, left behind by others.

When you live in a state that is sometimes difficult, the answer is rarely to leave, if you care about the people. The answer is to stay and fight. The answer is to look around and support those people-led systems, official and just local networks, that already exist, that are already working as hard as they can to lift each other up through abortion, through parenthood and more. 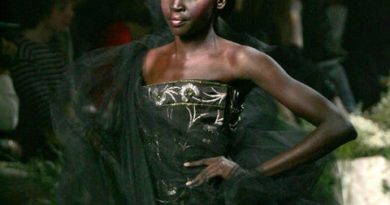 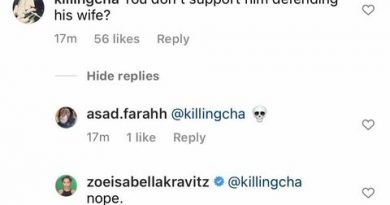 As “Godfather” origin stories go, “The Offer” is so bad it’s criminal