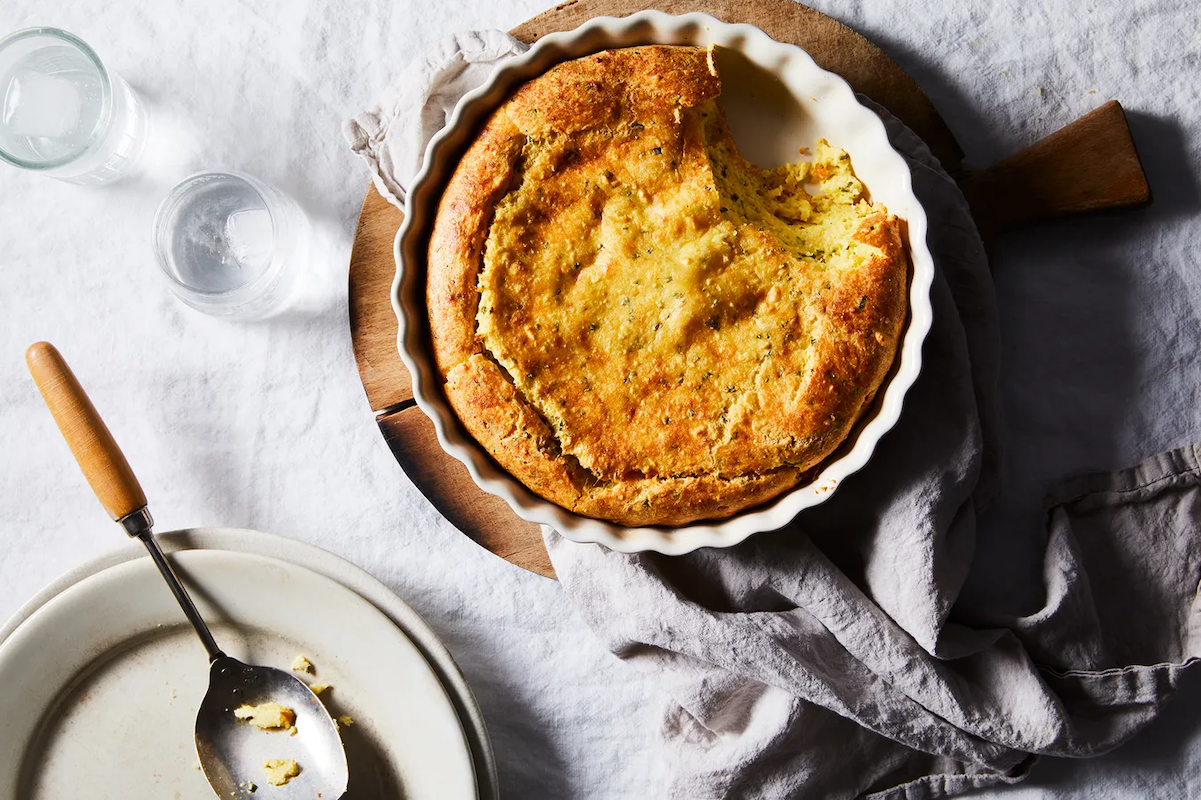 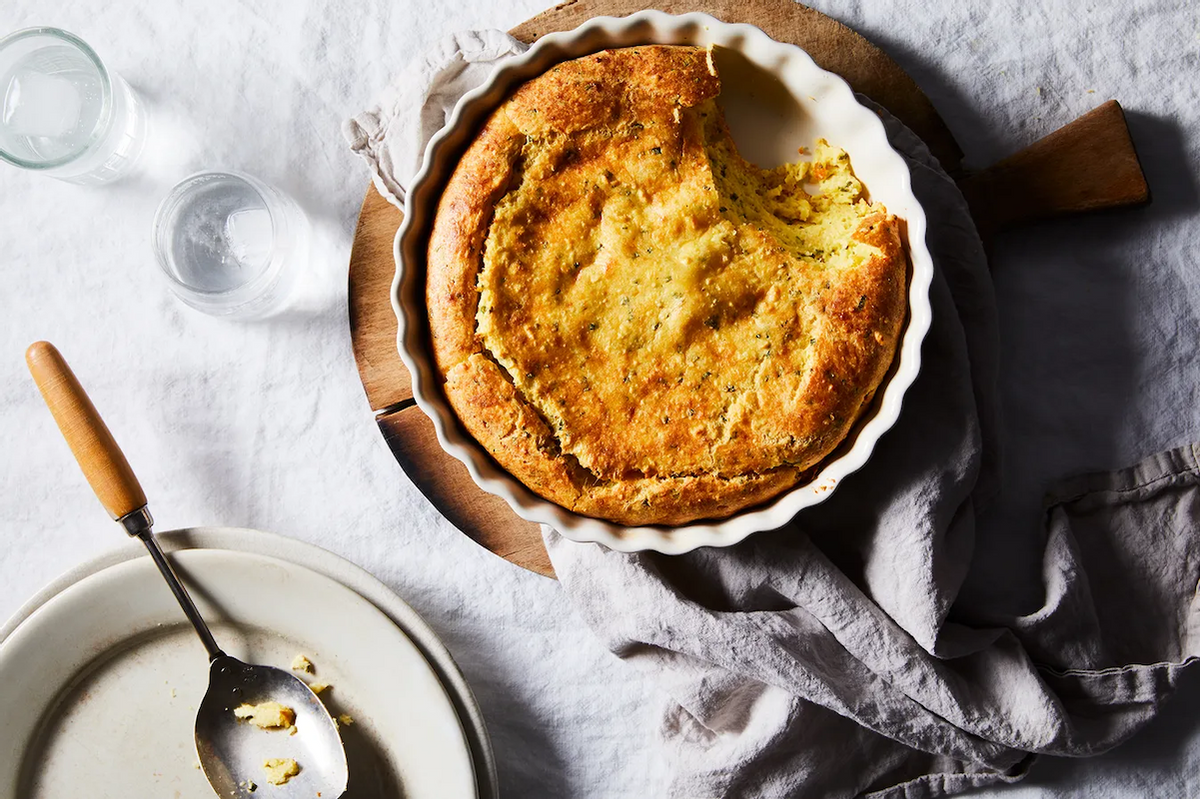 While driving outside of Richmond, Virginia, one day, I passed a seafood restaurant called Stuart’s Fresh Catch. Posted outside was a vinyl sign advertising lake trout, crabs, fresh fish, and spoonbread. Clearly one of those things wasn’t like the others, and I made a mental note to come back the next day to try spoonbread.

Spoonbread is one of the oldest Southern delicacies. When executed properly, it is incredibly light, even though it has a similar texture to grits, and almost tastes like an incredibly moist piece of cornbread. “A properly prepared dish of spoonbread can be taken as continued testimony to the perfectibility of humankind,” as John Egerton, author of “Southern Food,” wrote, The ingredients for spoonbread are cornmeal, milk, butter, eggs, sugar, and baking powder (although some recipes call for flour), and the lineage of spoonbread can be traced back hundreds of years in Virginia. Spoonbread was originally called “Batter Bread,” and a recipe for it appears in Mary Randolph’s 1824 cookbook, “The Virginia Housewife,” which is considered to be the first Southern cookbook by many culinary historians.

It’s reasonable to conclude that Randoph used recipes from James Hemings, who was enslaved by Thomas Jefferson and was the chef de cuisine at Monticello. Although many recipes and ingredients listed throughout the cookbook, such as okra and gumbo, were traditionally used and prepared by enslaved African Americans, one of the best examples to support this theory is Batter Bread. The dish is baked in small ramekins, similar to a soufflé, and fits perfectly into the half-Virginian, half-French dishes that Hemings was renowned for.

When Jefferson became the ambassador to France in 1784, he brought Hemings to France from Virginia to learn how to cook under French chefs. Upon Hemings’ return, he worked in the kitchen of Monticello, and taught other enslaved cooks how to recreate the technically difficult dishes he learned. Those dishes and service quickly became the template for fine dining in America. “One can see the French influence in several soul food dishes like spoon bread . . . Most likely we owe such dishes to the French chefs who taught recipes and techniques to enslaved cooks,” wrote Adrian Miller in his book, “The President’s Kitchen Cabinet.”

Famed African-American chef Edna Lewis was born in Freetown, Virginia (about twenty miles from Monticello), grew up eating spoonbread, and included it in her cookbook, “In Pursuit of Flavor.” She calls the dish “Orange County Spoonbread” as a nod to her origins, and notes that she grew up eating it, although her version has a lighter texture, because instead of using flour, she grates fresh corn and blends it into liquid.

Today, however, finding spoonbread in a restaurant is a rarity, even in the South. The erasure of spoonbread would be a tragic loss, not just because it is delicious, but because if we lose spoonbread, we lose a part of our culinary history. Hundreds of years of history and the melding of different groups of people can be tasted in one spoonful — the interesting combination of corn from Indigenous people, the European technique of soufflés, and the expertise of enslaved African Americans who elevated this dish to a refined staple on Southern tables. Spoonbread isn’t just cornmeal or eggs or sugar. Rather, it is the intermingling taste of countless tears and joy, and the story of how people have adapted over the centuries while holding on to the promise that life will be better for the next generation. This is the power of food, to not only sustain us physically, but emotionally as well.

The day after I saw the sign outside Stuart’s, I ordered a large spoonbread to go. The cashier at Stuart’s handed me a warm styrofoam container filled to the brim with a fresh batch, and after making sure to grab a spoon, I headed to the car to see what a centuries-old recipe tasted like. The spoonbread was rich, sweet, and creamy, and quite delicious. Although I wasn’t transported to another world or filled with nostalgia, it did make me slow down for a moment and enjoy what I was tasting. And maybe that is all that was needed.

The essential spring care guide for your houseplants