Vice-President Yemi Osinbajo has explained how he was selected as the running mate to President Muhammadu Buhari in the build-up to the 2015 elections.
Osinbajo, while addressing the State House press corps on Wednesday at his official residence, explained that he was working on a case in Abuja as a lawyer when he got the good news.

According to him, Rauf Aregbesola, the current Minister of Interior, was the one who informed him of the party’s decision around 1:00 am on December 18, 2014.
Bola Tinubu, former Lagos governor, is said to have played a role in picking Osinbajo as Buhari’s running mate.
Premium Times quoted him as saying, “I was working on the case at Peniel Apartments in Abuja on December 18, 2014, when at about 1:00 am in the morning, I received a call from Rauf Aregbesola that they were coming to Lagos to pick me.
“I said I was in Abuja. He said ‘good because you have been nominated as the vice-presidential candidate’ and I said that’s how you nominate people?
Osinbajo said Aregbesola alongside Ibikunle Amosun, a former governor of Ogun state, took him to meet with Buhari who was the All Progressives Congress’ candidate at the time.
Osinbajo, who is seeking the presidential ticket of the APC, said he was fully prepared to take a shot at the presidency.
He further stated that there were only a few people who have the kind of experience he has to be president of the country. 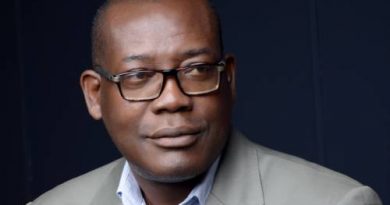 Unknown Gunmen In The East By Achike Chude

“I was the scientist behind it. It started in my garage.” Eric Pressly is talking about Olaplex, the cult-favorite haircare