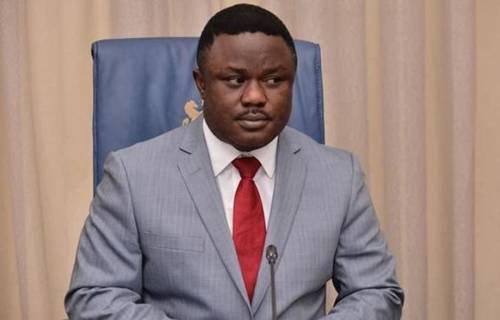 One of the biggest jokes that hit the airwaves this week was that Governor Ben Ayade,
Cross River’s worst governor since 1999, declared his intention to run for President in
2023. This declaration was a cruel insult on the collective intelligence of not just fellow
Cross Riverians, but all Nigerians. It is disrespectful for a governor who has failed so
spectacularly to declare his intention to inject his failure at every level of national life.
Electing Ben Ayade as governor in 2015 was an acceptable mistake, but repeating that
mistake in 2019 was outright foolishness on the part of our people who, despite several
credible warnings, refused to judge the governor on the basis of his catastrophic
performance during the last four years prior to the election.

Without the slightest doubt, Ben Ayade’s declaration for president was partly
programmed as a comic relief in a country burdened with heart-rending daily news of
economic quagmires and rising cases of terrorism that are gradually becoming a norm
in what was supposed to be a civilised society.
What I do know is that this governor has no genuine plan to run for President, and
wouldn’t even win a single ward throughout Nigeria even if he had any intention to
contest the election, with his eight disastrous years in Cross River being a reference
point. But my gripe is that Ayade ought not announce any declaration for President, and
my reason is because he is the first witness of the seven years of spectacular failure he
has supervised in Cross River State. Of course, his praise-singers may be inclined to
argue that the governor has the right to run for any political office he desires. True, but
that right becomes a mirage immediately it is clear that he lacks the capacity and/or
competence to occupy such office.
Ayade’s attention-seeking, risible declaration was a political strategy based on one
weak pillar: to eventually step down to one of his favoured new playmates in the APC
where he sought asylum since May of 2021, and then be rewarded with a ministerial
appointment in the event that dictator Buhari’s “anointed” son emerges victorious in
2023.
Should this crafty, archaic strategy comes to fruition in line with Governor Ben Ayade’s
shabbily written script, Nigerians will certainly not escape the outrageous incompetence
for which the governor’s reign in Cross River is known.
During the past seven years, Ayade has led Cross River State through political
manipulation, deception and dictatorship; all of which he has tried to cover up with his
media razzmatazz. Since 1999, there is no governor who has aggressively
underdeveloped Cross River State like Ben Ayade and none has wasted more funds
than he already has, even when he still has one year to leave office.
Under Ayade’s reign in Cross River State, cultists and kidnappers continue to roam
every inch of the state freely, abducting, maiming and killing law-abiding citizens with
unmitigated impunity, yet the governor receives a monthly sum of N500 million in
“Security Votes” that he never accounts for. In November of 2021, a popular radio
presenter, Itiat Zion, was murdered in Calabar, the state capital, near the Governor’s
Office. And just like all other killings in the state, the governor refused to show any
willingness in apprehending these murderers. Meanwhile, please take notice that I did
not use the presenter’s case on the basis that his life was more important than others
who have been killed in similar circumstances. I simply used it as an example of
Ayade’s unwillingness to confront crime in Cross River State.
By the end of May 2022, Governor Ben Ayade would have received a total of N42 billion
in Security Votes in the event that the state is not owed any outstanding money in
respect of this. He will receive an additional N6 billion before leaving in May of 2023.
The question therefore is: why is it that Cross Riverians are not safe on their own soil
despite the receipt of this huge amount for security?
Defenders of Ben Ayade’s calamitous failure are quick to justify the governor’s
ineptitude on the basis that security is a challenge elsewhere in Nigeria, but such
defence is weak and is a further confirmation of the governor’s abysmal reign – a
governor who is only inspired by failure and not success.
The fundamental problem is that Nigerian citizens do not demand hygiene from those
jostling to represent them at every political level, which is why individuals such as Ben
Ayade and other conventional politicians whose disastrous performances at different
political spheres are well-known, have the temerity to declare their intentions to occupy
the highest political office in Nigeria to commit untold atrocities more than they already
have!
Ayade’s aspiration to become a minister in the next political dispensation should worry
anyone who is knowledgeable about his lamentable performance in Cross River State.
A governor who, for seven years and counting, refused to fix broken school structures
with open roof, deplorable roads and healthcare facilities, and whose colourful promises
were only actualised in the metaphysical world, will inflict boundless agony on Nigerians
through any ministry he occupies. The very thought of it terrifies me!
Elias Ozikpu
Playwright, novelist, essayist, polemicist, human rights activist, arch-enemy of
the oppressors

A 49-year-old housewife’s report: How I delivered triplets after 21 years of waiting – Daily Sun