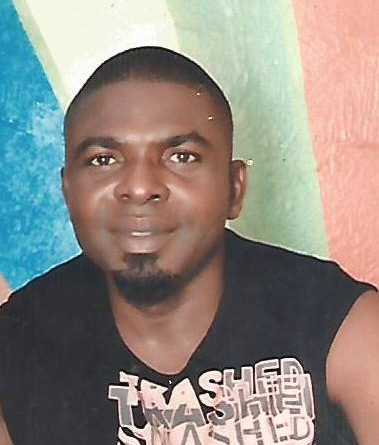 Twitter, Instagram and Facebook facilitate our daily digital interactions among friends and relatives, far and near. Cross-fertilisation of ideas remains a democratic imperative in a free world. The Internet, without any iota of doubt, has dramatically changed our communal or individual conversations among ourselves in the whole world. With the advent of the Internet freedom of expression has been given another profound meaning lifting same from the puritanical shackles of state censorship and dictatorship.
Dictators may not be happy with its unlimited reach and impact but it has come to stay for good. The Internet had helped to organize revolutions that successfully toppled authoritarian regimes. It has helped folks to demand accountability from the government. It has revolutionalized our daily existence.
The former Twitter proprietor, Jack Dorsey and Mark Zuckerberg of Facebook are billionaires who made name and good money for themselves by the force of revolutionary thinking and innovation. Though we have other billionaires (including the Africa’s richest man, Nigeria’s Aliko Dangote) who made fortune outside the world wide web network there is something infinitely beautiful about the Internet worth celebrating.
The advent of the Internet has made our world a better place to live in. But on the other hand it has demonstrated its capacity for nuisance, a vital tool for criminal elements out to destroy values and morals hitherto held dear.

In Nigeria Twitter is controversial as the Buhari regime tries to control its content or the amount of freedom it offers. Last year or thereabout President Muhammadu Buhari had banned Twitter in Nigeria following his ‘genocidal’ tweet against Igbos that the management had to pull down. Buhari angrily wielded the big stick damning the consequences. Many young Nigerians making money through Twitter were shut out.
Now, Twitter is back following the so-called agreement reached with the US-based network. The Buhari dictatorial regime is accused rightly by critics of being insensitive to the economic plight of Nigerians. By banning twitter for many months just like the way he closed our land borders for years he never gave any thought about the welfare and employment of thousands of our compatriots.
Instead of creating employment Buhari and his handlers had sought to shrink the public space destroying means of livelihood of citizens. As thousands of more graduates roam the streets in search of elusive employment many among them are using Twitter in particular and Internet in general to make ends meet.
Twitter recently changed ownership. The richest man in the world (born in Pretoria, South Africa in 1971) Elon Musk, has acquired Twitter for a staggering 44 billion Dollars! The SpaceX business mogul is said to be worth an estimated US$252 billion, a stupendous amount in the hands of an individual! That whooping amount of money represents less than the entire Gross Domestic Product of the giant of Africa, Nigeria, whose GDP is estimated to be a little above four hundred billion Dollars.
Announcing the deal enthusiastically Musk declared that “Free speech is the bedrock of a functioning democracy, and Twitter is the digital town square where matters vital to the future of humanity are debated”.
For Musk buying over Twitter could be said to be a good investment for the present and the future. And for the former proprietor, Jack Dorsey, it is the right thing to do at the right time since the price is right. Dorsey was emotional when he spoke about the mega business deal that saw him billions of Dollars richer.
But beyond what he stands to gain he spoke passionately about what Twitter represented and why Musk is the right man for proprietorship. He made it clear that the idea behind Twitter was for the public good arguing that Musk had promised to deepen the Twitter potentials guaranteeing the free flow of information and ideas.
Musk also declared his ambition of making the popular micro-blogging website a better tool for the propagation of liberty and free expression everywhere. He hammered on the need for Twitter to witness more liberalization removing censorship or sanction of whatever hue.
That means that under his command Twitter would see more frontiers of freedom opened up and more tolerance of dissent or divergent views.
But some concerned cyber experts and critics are warning about the ‘anything-goes’ regime on Twitter. They reason (and we concur) that allowing unfettered access to the global network brand could defeat the objectives and essence of freedom of expression or unlimited conversation.
Indeed, the fears expressed are real! While cyber fraud is a global phenomenon dating back decades terrorists, kidnappers, cyberstalkers, blackmailers and merchants of contraband goods and services could exploit any liberal loophole existing on Twitter to propagate hate speech, religious intolerance and/or making of illicit funds.
There must, therefore, be a balancing act to be executed in order to make Twitter answer to the needs of millions. A balance must be struck inbetween what is allowed and otherwise.
Twitter remains for good of humanity but it could serve as a destructive weapon against the global order if certain mechanism for checks and balances are not spelt out and incorporated.
While we recognise that the Internet is a revolutionary idea whose time has come in our generation the devil in the detail must be exposed and accounted for. Abuse must be watched out for and sanctioned. Cyber security must be a priority in a world where evil is manifestly rampant.
Let the decent tweeting continue unabated! Together we shall conquer evil.
SOC Okenwa
[email protected] 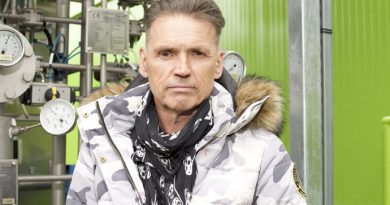 Dale Vince has a winning strategy for sustainability