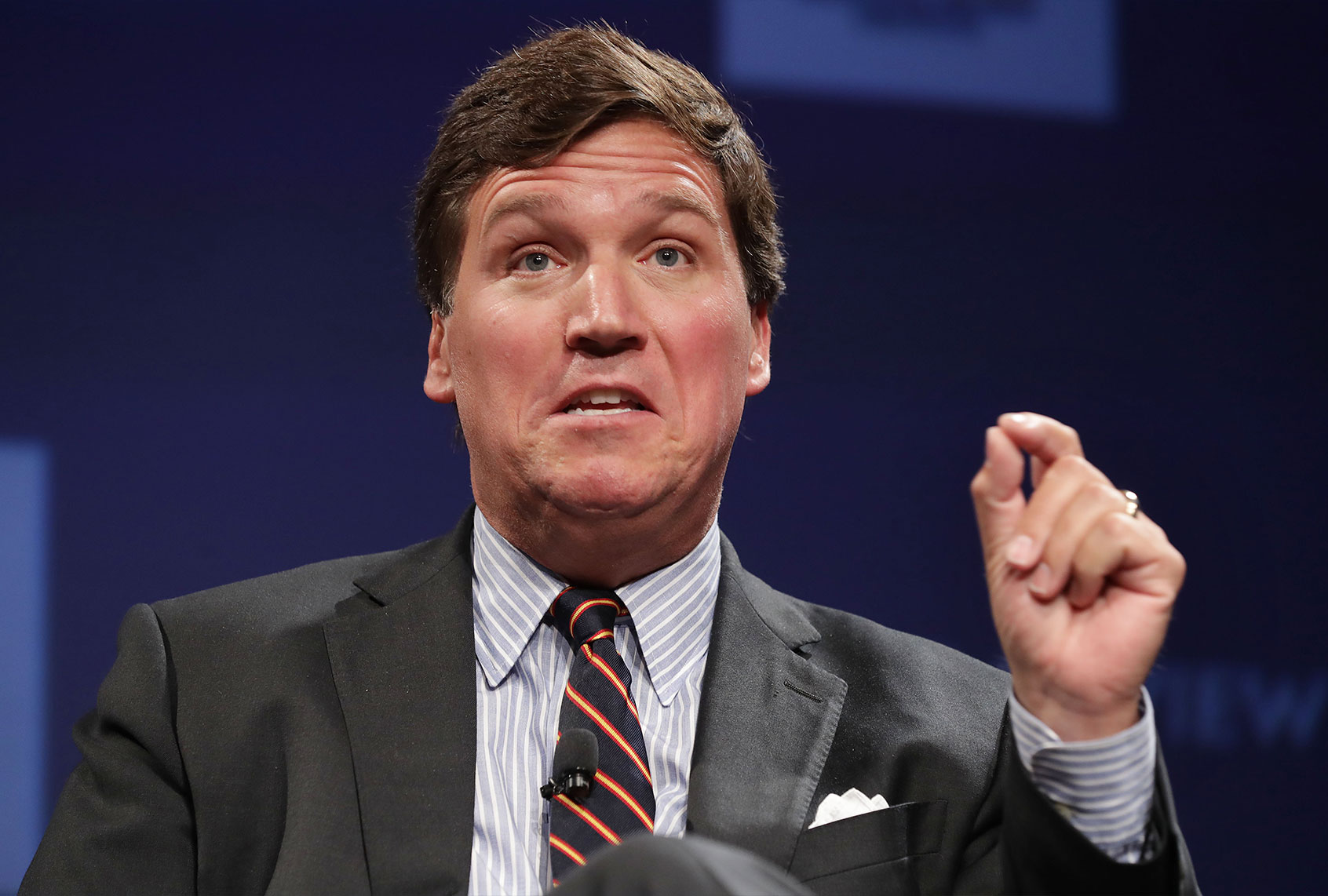 Fox News host Tucker Carlson lashed out at House Minority Leader Kevin McCarthy, R-Calif., on Tuesday after he privately called for Republican lawmakers to be kicked off Twitter after the deadly Jan. 6 Capitol riot.

McCarthy after former President Donald Trump was banned from Twitter told fellow Republican leaders that the social network should boot other Republicans who helped stoke the mob, like Rep. Lauren Boebert, R-Colo., according to an audio recording released by New York Times reporters Alex Burns and Jonathan Martin ahead of the release of their book “This Will Not Pass.” In an audio recording of a Jan. 10 call released on Tuesday, McCarthy and House Minority Whip Steve Scalise expressed concerns that other lawmakers like Reps. Matt Gaetz, R-Fla., and Mo Brooks, R-Ala., could “incite violence,” according to a Times excerpt.

Carlson on Tuesday accused McCarthy of sounding like a Democratic “puppet.”

“Kevin McCarthy of California told his good friend Liz Cheney that he hopes the social media companies would censor more conservative Republicans in Congress,” Carlson said. “Donald Trump, the sitting president, had already been silenced by those companies. But McCarthy wanted the tech oligarch to do more.”

Carlson said that McCarthy “in private sounds like an MSNBC contributor.”

Carlson warned conservatives to “get their act together” or McCarthy or “one of his liberal allies like Elise Stefanik,” is likely to be House Speaker next year.

“That would mean we would have a Republican Congress led by a puppet of the Democratic party,” he said.

McCarthy in an earlier audio clip also told Rep. Liz Cheney, R-Wyo., then the No. 3 Republican in the conference, that he would call Trump to recommend he resign ahead of his second impeachment. Though Trump dismissed the call, some observers think McCarthy’s private comments could cost him the speaker’s job if Republicans retake the House.

New York Times reporter Maggie Haberman tweeted that Carlson’s attacks could influence some wings of the GOP as “McCarthy hangs in the balance.”

McCarthy in the recording discussed wanting to rein in far-right lawmakers in his party but ultimately “did not follow through” over concerns about “advancing his own career,” The Times reported, just as he caved on his vow to press Trump to resign. But the comments show that Republican leaders were highly concerned that members of the GOP would further stoke violence.

“He’s putting people in jeopardy,” McCarthy said in the recording. “And he doesn’t need to be doing this. We saw what people would do in the Capitol, you know, and these people came prepared with rope, with everything else.”

Gaetz lashed out at McCarthy and Scalise on Twitter over their “sniveling calls.”

“This is the behavior of weak men, not leaders,” he said in a statement. “While I was protecting President Trump from impeachment, they were protecting Liz Cheney from criticism. They deemed it incendiary or illegal,” he added, slamming the GOP leaders for disparaging “Trump and the Republicans in Congress who fight for him.”

McCarthy in the audio also worried about Brooks, who told rallygoers before the riot that it was “the day American patriots start taking down names and kicking ass.”

“You think the president deserves to be impeached for his comments?” McCarthy asked in the audio. “That’s almost something that goes further than what the president said.”

Brooks dismissed McCarthy’s criticism, telling the Times that he “spoke before knowing the facts” and adding that McCarthy never spoke to him directly about his comments.

The GOP leaders on the call also discussed comments from Boebert, Moore, and Greene.

“Can’t they take their Twitter accounts away, too?” McCarthy questioned.

Some Republicans in the conference pushed to strip Brooks of his committee assignments, Scalise said on the call. McCarthy asked the group to delay the decision on Brooks until a later time but when he met with them again he “had already lost his appetite” for confronting Brooks, according to the Times.

Rep. Steve Womack, R-Ark., who said he was horrified by Brooks’ comments, told the Times he quit the Republican steering committee in protest.

“I cannot tell you how angry I was,” he told the Times, adding that McCarthy never responded to his resignation letter. McCarthy’s handling of the incident, he said, “demonstrated a lack of leadership.”

McCarthy after the initial report about his failed vow to press Trump to resign claimed that the account was “totally false and wrong.” Burns and Martin released audio of McCarthy telling Cheney just that. McCarthy claimed on Monday that he thought he was denying that he called on Trump to resign, not that he told Republican leaders he would do so.

But the recordings have frustrated Trump’s most ardent allies in Congress, putting McCarthy’s speaker bid in question after he blew his last shot at speaker by putting his foot in his mouth while discussing the GOP’s sham Benghazi hearings.

Rep. Andy Biggs, R-Ariz., one of the lawmakers accused of helping to organize the pre-riot rally, told far-right news network OAN on Tuesday that McCarthy’s private comments are a “huge trust issue.”

“It’s incredibly undermining,” he said. “We have our leader that’s basically negotiating with Liz Cheney on whether he should encourage President Trump to resign or not.”

McCarthy’s intraparty troubles may not be over. Martin and Burns last week teased additional audio recordings related to the riot.

“We have a lot more on tape from this period, which is at the highest levels of American politics. It is sensitive, it’s delicate, and it’s high-stakes, and we have it all on tape,” Martin told MSNBC’s Rachel Maddow. “I think it’s going to tell a very different story about this period than the story that many people are trying to tell right now.”