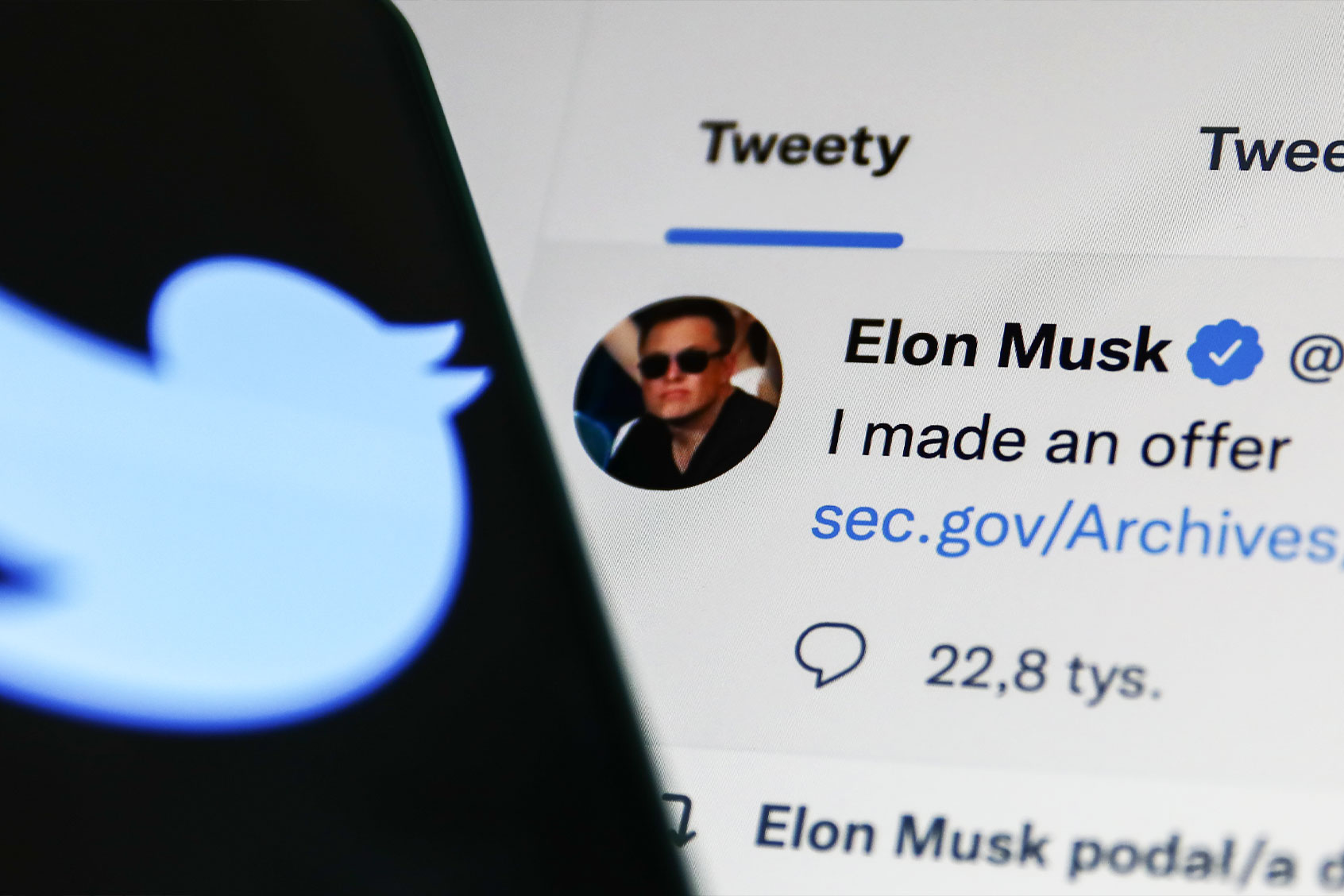 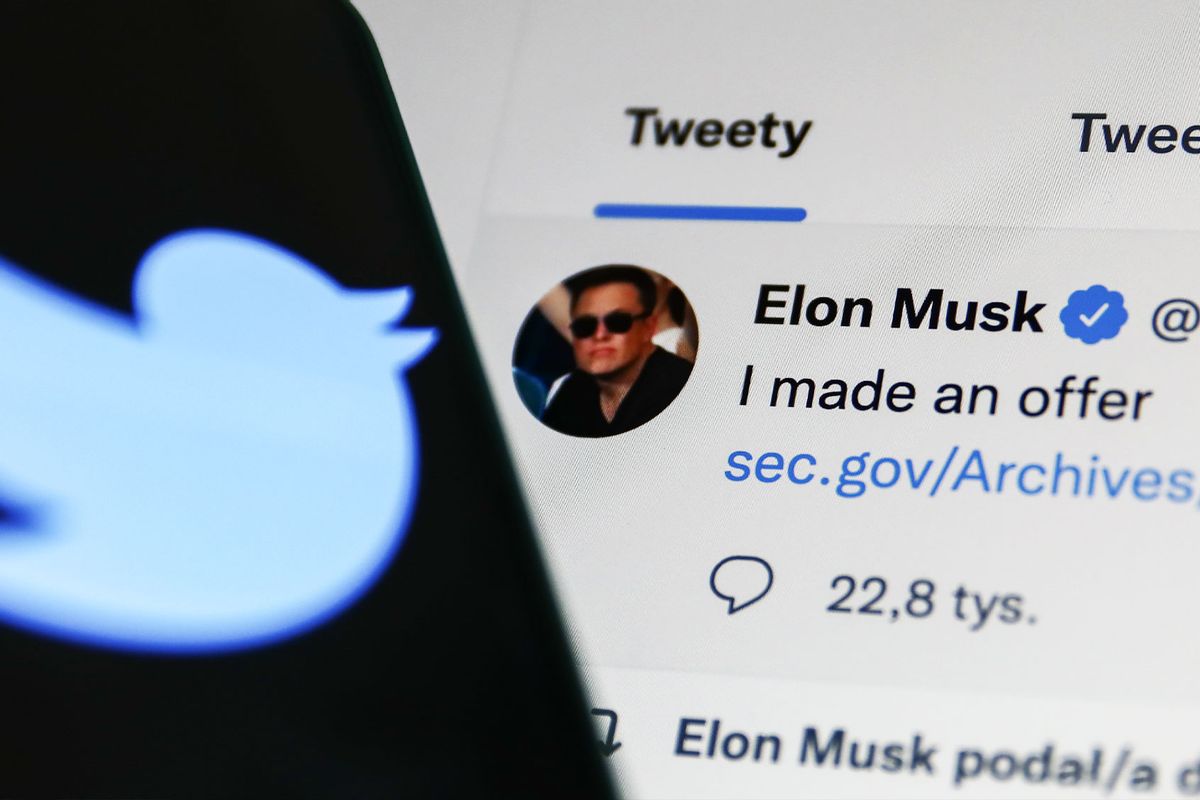 There’s a scene in the first of the “Matrix” movies — the only decent one, IMHO — where one of the resistance fighters, Cypher (Joe Pantoliano), betrays the cause in order to get reinstated in the simulated reality of the Matrix. His reasoning is sympathetic enough: Life in the “real world” is a miserable slog, with crap food, bad clothes and uncomfortable lodgings. Inside the Matrix, however, life is far more comfortable — even if it’s all an illusion. “I know this steak doesn’t exist,” Cypher explains, but he is willing to give up his compatriots in order to experience it.

It’s a compelling scene that helps explain that kind of existential tradeoff. Viewers are meant to ask themselves if they would really give up freedom — which, let’s face it, can sometimes seem like an abstract ideal — in exchange for a really good steak. Most of us, no doubt, believe we wouldn’t take that trade. But if you spend even 15 minutes on Twitter, you realize how many people are willing to be sucked into an evil alternate reality created by computer algorithms that appear to hate the human beings they feed upon — even without offering a delicious cut of meat steak as bait. All it takes is endless, asinine conversation, driven and dictated by the worst people in our society.

Elon Musk is buying Twitter for a sum of money so large as to be meaningless to all normal people. That’s enraging many or most Twitter users, but it also feels appropriate. After all, that platform is largely controlled by trolls. So why shouldn’t one of the biggest trolls on the platform own it outright? It’s a little like Snoop Dogg buying Death Row Records. Of course, trolls never wrote “Gin and Juice.” They are just draining the life out of our democracy.

As I argued a couple weeks ago, when Musk first started making sounds about buying Twitter, his plan to let the already obnoxious troll problem spiral out of control will likely sound the death knell for the social media behemoth. Trolls are good for business on social media, up to a point. But if they take over too much, they run all the normal people off. Then the trolls leave too, because they’re hapless and forlorn without non-trolls to troll. Soon it’s just a ghost town, like Donald Trump’s utterly pointless platform Truth Social.

Would it actually be such a bad thing if people abandon Twitter in droves? That platform and its user base are starting to remind me of those couples who stay in a relationship long after it stopped working, afraid to break up because they lack the ability to imagine what they’d do with their newfound freedom. All day, every day, people are on Twitter talking about utter bullshit or getting sucked into bad-faith arguments. It’s a colossal waste of time, but they keep at it, mostly because they’re imprisoned by the fear that somehow they’ll miss out on what “everyone” is talking about if they walk away. Journalists and media people in particular feel trapped by Twitter. It’s legitimately important for such folks to be “in the know,” and Twitter’s greatest and most diabolical trick is convincing us that knowing what’s happening is the same thing as knowing what’s happening on Twitter.

The problem, however, is that Twitter offers incentives that distract people away from genuinely important stories and redirect them toward stuff that, in a marginally sane world, just wouldn’t matter much. (Or, often, wouldn’t matter at all.) When journalists are addicted to Twitter, they start letting those warped priorities shape their coverage, often for the worse.

For instance, as Heather Digby Parton wrote for Salon on Monday, it’s an absolute travesty that one of the biggest political scandals in American history is unfolding right now, but it’s barely making a ripple in media coverage. Trump’s son-in-law, Jared Kushner, exploited his shadow staff position in the White House to aid Crown Prince Mohammed bin Salman, the corrupt murderous de facto ruler of Saudi Arabia, and was rewarded with $2 billion. Kushner even appears to have helped MbS cover up the gruesome murder of Washington Post columnist Jamal Khashoggi. In a pre-Twitter era, this story would have been an all-consuming media scandal. It’s got everything: Murder, intrigue, huge sums of money and an international villain so sinister he could have come from a Bond film.

But the story of Kushner and the prince has barely surfaced in the current media environment. I blame Twitter. Twitter favors stories that allow users to engage self-righteous preening, or at least cheap dunks on easy targets. As I write this, for instance, a top trending topic is “Marshall Law.” That refers to Rep. Marjorie Taylor Greene’s efforts, after the 2020 election, to pressure Donald Trump into staging a military coup. Of course that’s an important story — in theory. But in practice, the substance of the story is being ignored in favor of a morbid fascination with Greene’s apparent ignorance. (Just in case you’re not on Twitter and have been living in a hermitage, she misspelled “martial law” as “Marshall.”)

This isn’t about the danger that folks like Greene and Trump pose to democracy. It’s about extremely online liberals who can’t resist a chance to show off their superior command of grammar and spelling, compared to the right-wingers they hate, and it’s about the fact that mockery matters more to the Twitter algorithm than the potential end of democracy does. Something like Kushner’s Saudi scandal — which is fascinating to read about, but doesn’t drive “engagement” or angry debate on social media — doesn’t even stand a chance in such an environment.

What would life look like after Twitter? Maybe it would actually be the inverse of Cypher’s experience in “The Matrix.” I’ve been spending much less time than I used to on Twitter lately, and honestly it’s been great. I read articles all the way to the end. I talk to people I love. I work out. I take walks. I read books. I even, as they say online, touch grass. Although that’s usually meant as an insult when it’s flung at someone on Twitter, I think it’s actually great advice. Grass smells nice and is soft. You never have to block it for saying “OK groomer” at you.

On an individual basis, getting off Twitter is bound to benefit people’s mental health. I believed in the promise of community when I first joined up in 2007, but I’ve found that it’s mostly a bunch of people talking past each other, at least when they’re not actively fighting each other. When I’m online, I can sometimes surrender to the ugly notion that I hate other people. Then I go out and talk to actual human beings offline. Mostly, they’re great, when they’re not sucked into the competitive bad faith of Twitter. I highly recommend turning off social media, and that goes double for journalists, who really need to step away from the reality-distorting machine of Twitter and breathe the air of the real world once in awhile. So maybe Elon Musk is doing us a favor right when we most need it, by forcing us off a platform that we otherwise find just too hard to quit.

Read more on Twitter, Elon Musk and the allure of social media:

This one-pot chickpea pasta has the most craveable “creamy” sauce