The Chairman, Ibaji Local Government Area of Kogi State, Mr William Iko’ojo, Thursday appealed to the federal and state governments for urgent intervention over lassa fever outbreak.
Iko’ojo made the appeal in an interview with newsmen in Onyedega, headquarters of Ibaji Local Government Area, Kogi State.
“We are overwhelmed by the outbreak of Lassa Fever in Ibaji.
“The disease has killed more than 20 persons, most of whom were herdsmen living in hamlets within the area.
“Already three persons are on admission at Irrua Specialist Teaching Hospital, Idumabo Irrua, Edo State where the disease was officially confirmed to be Lassa Fever.
“The unfortunate thing was that when the disease broke out, the villagers were ignorant of the cause and death of their loved ones, and were thronging around each other to help,” he said.
He explained that the disease had spread so fast and killed many of the villagers in some of the communities.
“Another challenge we have now is that our only Primary Healthcare Centre (PHC) is without facilities and a doctor that could help us in controlling the outbreak.
“Of course, the Irrua Specialist Teaching Hospital, Idumabo Irrua, Edo State, is the closest hospital that handles lassa fever disease,” he lamented.
The local government boss said he had reported the outbreak to the state government, who promised to send some medical personnel and facilities to help arrest the spread of the disease.
Newsmen gathered that Aya and neighbouring communities of the local government in early March, started witnessing mysterious deaths of rice farmers and other members but could not ascertain the cause of deaths.
Former Chairman, Ibaji Local Government Area and one time member, Kogi State House of Assembly, Mr David Inah-Ogwu said the epidemic was real.
Inah-Ogwu, who described the situation as “very unfortunate” and “alarming” said the epidemic started with about four persons.
He said they fell ill and died mysteriously with more and more persons manifesting similar symptoms in the last three weeks, who had been taken to the hospital in Irrua.
“It is easier for the people in those affected communities to “just cross the river, and get to Uromi and from there to Irrua for their treatment.
“Out of the set of 22 persons that went there (Hospital), nine were confirmed to have Lassa Fever; two were treated and discharged while seven are still there receiving treatment.
“So far we can say that the casualty figure is about 20. Some died with the symptoms but nobody can say specifically what killed them since they were not tested.
“However, we are lucky and happy that the rainy season is here because cases of lassa fever are rampant during dry season and very common within the rice producing areas. 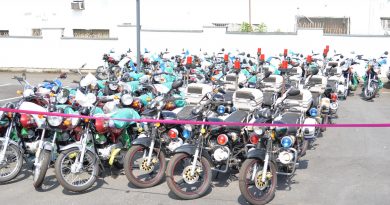 “He has the right to remain silent”: Legal experts say Trump’s Truth Social post may be “evidence”