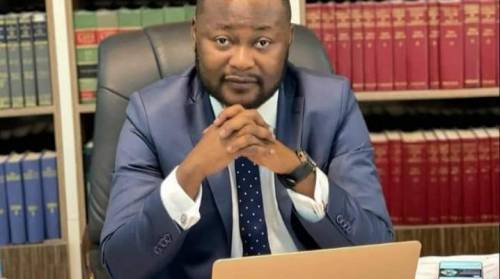 While the forecast for the 2023 election is still clouded by uncertainties as to who and who would get the tickets of their respective parties, a few things are coming out in bold relief. One of them is that the ruling All Progressive Party are auctioning the presidency, and opposition parties must be wary. For a civil servant earning the national minimum wage to be able to purchase the APC Presidential Form pegged at a staggering N100Million naira, he or she would have to save all of his earnings for 278 years. However, for ‘privileged’ members of the APC who have had their hands in the national pie without challenge for seven years and counting, it is a simple matter of sieving serious interests from political blusters in the running.

The problem is, a Nigerian President in a four year tenure earns less than N60 Million by the books, and no level of patriotism can discountenance the absurdity of paying N100Million naira to earn less than N60 Million in a single tenure- that is even if such an aspirant clinches the party’s ticket and also wins the presidential election. There are just way too many IFS and WHAT-IFS, and so this isn’t love for one’s country, it is a public gambit for our common patrimony. A candidate who spends much more than he’d earn in a single tenure as basic salary would spend a chunk of his time in office recouping his ‘investment’. This is, of course, the mind-set behind such a brazen cost, the prebendalistic approach to government as a means to private wealth acquisition. It is this carrot, dangled before the angling APC Presidential aspirants that would see them fork out such huge payments for their party’s ticket.

When further placed in political context, at no other time since the merger of the two parties that make up the APC have they suffered from a loss of popularity owing to their evident failure in government at the national and state level. For a party for whom the funeral bells toll, one wonders as to the insight that fuels their conviction that paying such a huge sum for the party’s ticket (not just at the presidential level) is not a fruitless gamble. Again, opposition parties must be wary. In 2019, the APC demonstrated that popularity no longer wins elections, guts do.

Another facet to the price tags the APC have placed on their party tickets is its exclusionary and discriminatory nature. Clearly, the #Not Too Young To Run campaign was a train on which the APC hopped to achieve its aim in deceiving young Nigerians to vote them in but a cause in which they place zero premium and regards. In private discourse I have suggested to APC faithfuls that they start a #Just Too Poor To Run counter-campaign as the latter best represents the ideologue of the party. It should be embarrassing to the party that under their mis-governance, Nigerian youths are poorer and can simply not compete for the party’s ticket but the APC are demonstrably without shame. On social media streets we say, ‘you cannot shame the shameless’. Even the irony of the farce of the APC’s ransom-like price tags are lost on the clowns who tout the party as one with considerations for youths.

A recently released NBS statistics states that over 92% of Nigerians earn less than N62, 000 a month, and overall inflation between 2014 and 2022 in food, transport, health, education and communication have gone from single figures to alarming double figures. Nigeria’s economic infamy within the same time frame has earned it the notoriety of being Africa and the world’s poverty capital, with a population surviving on less than a dollar per day. Clearly, the fortunes of an overwhelming 92 to 95% of the citizenry (75% of which are youths) have taken a turn for the worst, and the latest ‘salt to injury’ that the APC terms its nomination fees should receive resounding condemnation from the youths demographics. A revolution in the form of non-violent civil disobedience, protest and revolt is in fact in order and past due.

No truly sensitive government would come to the kind of conclusions that drive the APC’s politics. It is a party insulated to the realities of Nigeria and Nigerians and one in whose hands the apparatus of government will continue to suffer abuse and the wealth of the nation decline. It behoves on the Nigerian youths whose immediate future is threatened by the monetisation of governance to say enough is enough by having their voices heard loud and hard at the polls.

I must confess that my first thought on finding out the cost of the APC’s Presidential Form Fee was whether the party is taking a cue from the dare-devil terrorist-bandits that kidnap people for ransom. Those bandits might be inspired to go higher in their demands! The paradigm of a failed party overseeing a failed government auctioning its party’s form at such outrageous fees is ominous. There is no integrity in these fees having the backing of General Muhammadu Buhari who claimed to have struggled through a loan to obtain the APC’s N20Million Form Fee in 2015. A leader should lessen and not aggravate difficulties, unless of course, it is an admission of the biting inflation that has plagued this government from inception to date. All things considered, it is an embarrassing affair.