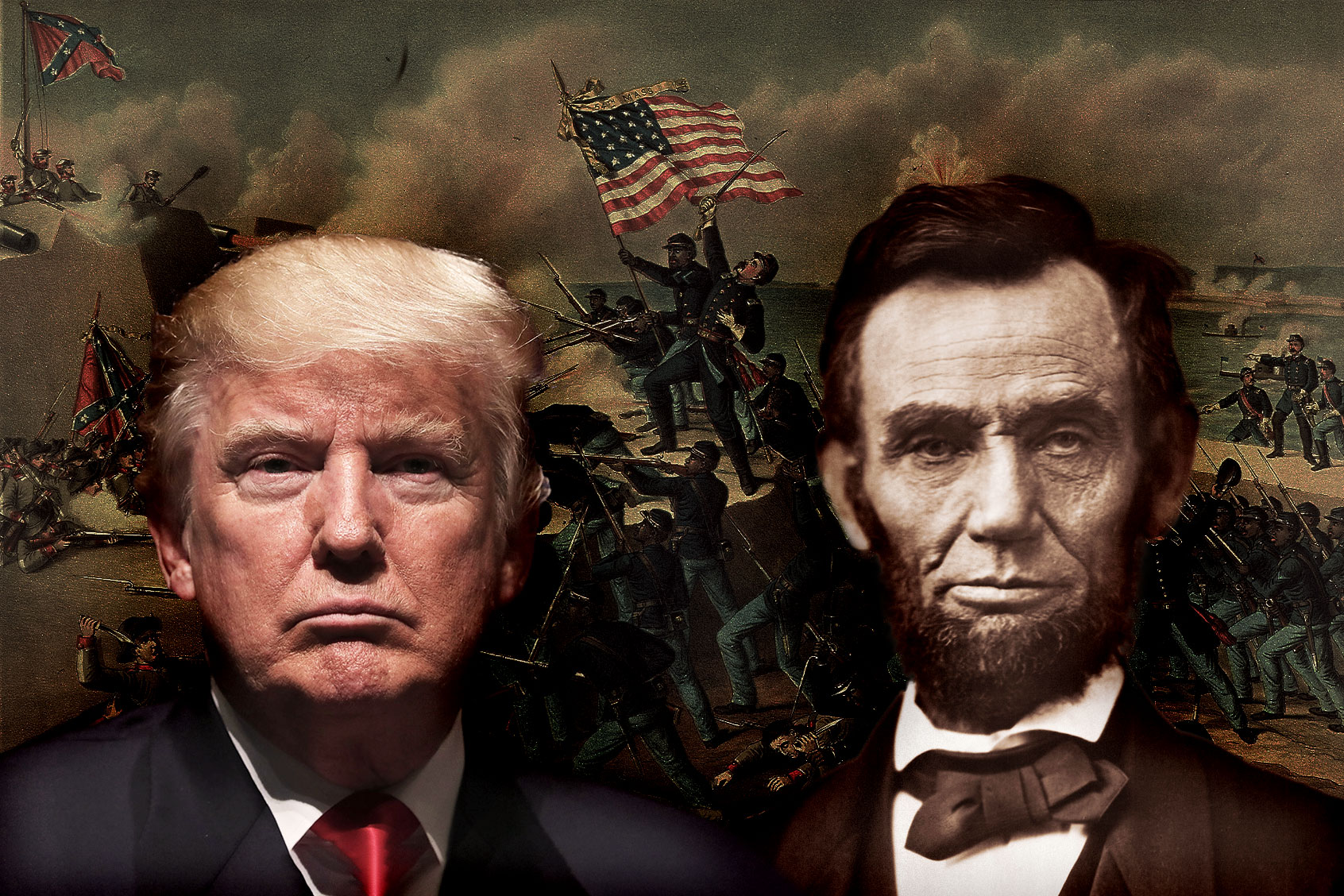 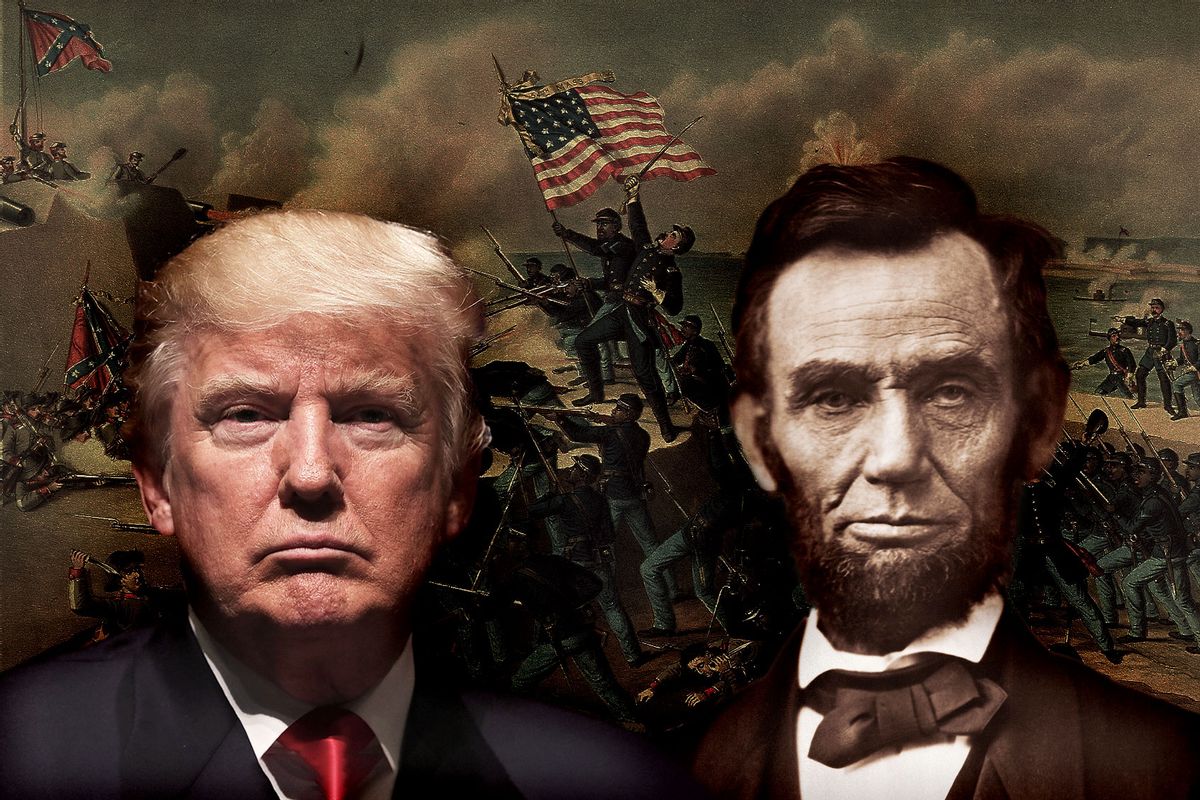 Once upon a time in a country somewhat resembling this one, the Republican Party had a radical faction — and not because it believed in bizarre theories about election fraud or wanted to undermine democracy. By modern standards, the Radical Republicans of the 1860s would clearly be regarded as leftists: They fiercely supported racial equality, had no tolerance for insurrectionists and believed government should help the most vulnerable people in society. Their story is important for many reasons: They helped shape modern-day America, and they may even provide clues about how it can be saved.

As with so many great stories in American history, this one begins with Abraham Lincoln.

After Lincoln won the contentious presidential election of 1860 — in several states, his name wasn’t even on the ballot — slave-owners across the South convinced that this meant the end of their “peculiar institution” decided to secede from the Union. That provoked the Civil War, of course, but as you probably know, it didn’t immediately lead to the end of slavery. Indeed, for almost two years, many Republicans harshly criticized their own party’s president for moving too slowly on that issue. Even after Lincoln issued the Emancipation Proclamation, the so-called Radical Republican wing noticed his loophole: It only applied to enslaved peoples in the rebellious states; those in states that had not seceded, such as Kentucky, Maryland and Missouri, were still in shackles.

RELATED: Are Democrats the “real racists”? Well, they used to be: Here’s the history

Lincoln was unambiguous, however, in his contempt for rebels. Whether or not it’s fair to compare the attempted coup of 2021 the insurrection that began in 1860, Lincoln viewed the latter as straightforward treason. If citizens in a democratic society are permitted to rebel simply because they dislike the results of an election, he reasoned, then democracy itself cannot endure. One law passed with Lincoln’s support banned former Confederate leaders from holding political office of any kind — and even there, many of the Radical Republicans felt he was being too lenient.

With the surrender of the Confederacy and Lincolin’s assassination in 1865, everything changed. The new president was Andrew Johnson, a former Tennessee senator and an avowed white supremacist, although he had remained loyal to the Union. Although passage of the 13th Amendment had ended slavery for good, Johnson gave the formerly rebellious states so much leeway that the plight of newly emancipated Black people was not much better than it had been before. The Radical Republican cause was clearly on the back foot — until they struck back.

After Johnson vetoed the Civil Rights Act of 1866 — which made it illegal to deny someone equal citizenship based on color — Republicans overrode his veto, the first time that had ever happened with a major piece of legislation. Radical Republican commentators and orators toured the land, presenting Lincoln as a martyred hero (despite their tepid attitude toward him in life) and insisting that Johnson was disgracing his memory. By the time the 1866 midterm elections rolled around, they had created conditions for what we would now call a “wave election.”

Once in control of Congress, the Radical Republicans made what must be regarded as a grave error: They impeached Johnson for purely political reasons. Frustrated at the president’s intransigence and bigotry, leading Republicans like Sen. Benjamin Wade of Ohio and Rep. Thaddeus Stevens of Pennsylvania set a trap for Johnson. They passed a blatantly unconstitutional law that restricted the president’s power to remove certain officeholders without the Senate’s approval. Then they waited until Secretary of War Edwin Stanton (a Lincoln holdover and Republican ally) disobeyed Johnson’s orders and was dismissed, using that as the pretext to begin impeachment proceedings. Johnson was impeached in the House but avoided Senate conviction by one vote. Today, the legal consensus holds that this was nearly a dreadful miscarriage of justice: Johnson was a bad president, but the Republicans had no legitimate reason to remove him from office.

The Andrew Johnson impeachment was a major blunder, but the Radical Republicans were on the right side of history a hell of a lot — and it would take almost 100 years for America to catch up.

Aside from that, and their later willingness to turn a blind eye to the various scandals of President Ulysses S. Grant’s administration, the Radical Republicans were on the right side of history a hell of a lot. In 1871, they pushed for a new Civil Rights Act that allowed Grant to suspend the writ of habeas corpus to fight the Ku Klux Klan and other white supremacist groups. With Grant’s support, they pushed through a series of laws in 1870 and 1871 that tried to undo racial discrimination as much as possible. These Enforcement Acts were meant to guaranteed that Black men could vote, serve on juries and hold office, and were entitled to equal protection under the law. (Women of any race had few political rights, and that didn’t begin to change until the end of the century.)

This was of course the period of progressive reforms and potential racial reconciliation known as Reconstruction. But then came the Depression of 1873. As usually happens during economic downturns, the incumbent party was blamed, but the 1874 midterm elections were no ordinary contest. In addition to the usual economic resentments, many Americans in the North wanted to put the Civil War in the past and end the de facto military occupation of the Southern states. Instead of blaming racial terrorists like the KKK for the continuing conflict, some blamed the Radical Republicans. The result was a massive swing to the Democrats, who defined themselves as a populist party representing the interests of working people both North and South — as long as they were white. In that election, Democrats picked up 94 House seats (out of just 293 at the time) and held a majority for 12 of the next 14 years.

One more shoe needed to fall, and that was the tortuous presidential election of 1876, in many ways an eerie precursor to the 2020 contest. As I observed two years ago, the 1876 election had the highest voter turnout rate in American history, at 81.8%, while the 2020 election had the highest turnout (about 66%) in 120 years. At least in 2020 only one side tried to cheat, whereas in 1876 both sides did.

Republicans hoped their candidate, Rutherford B. Hayes, could keep them in power another four years despite the apparent turning of the tide. It’s still not clear whether Hayes or Democrat Samuel J. Tilden would have won a free and fair contest, but that tainted and deadlocked contest ended in the Compromise of 1877, in which Hayes won the White House at the cost of ending Reconstruction and effectively allowing the South to launch the Jim Crow regime of racist oppression and legal segregation

What are the lessons of the Radical Republican experiment? That depends on your point of view, of course, but we might conclude that sacrificing one’s core political principles in the interest of winning elections never ends well. It would take nearly 100 years for America’s political reality to catch up to the Radical Republicans’ policies, but they set an important example that has fascinated historians and progressive activists ever since. Third and perhaps most difficult is the lesson that in politics you have to expect the unexpected, such as economic downturns and currents of domestic unrest. We are not quite halfway through Joe Biden’s first term as president, and after the Afghanistan withdrawal, two new waves of COVID and the war in Ukraine, that lesson seems to be harshly reinforced every single day. 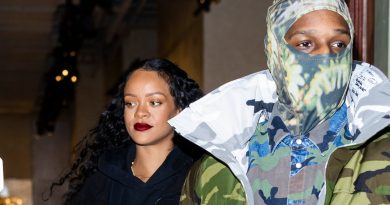 How Rihanna Is Feeling After Boyfriend A$AP Rocky’s Arrest

“Better Call Saul” and the chameleonic importance of being Lalo Salamanca: This evil travels