According to Fajuyi while featuring on a radio programme in Ado-Ekiti, the highest monthly allocation she got as the chairperson of the local government area was N4.5 million despite signing for over N100 million.

She also denied ever collecting N200 million as monthly allocation as said by some people on social media.

“Sometimes, the Fayemi government will give us N2 million, N3 million monthly; the highest I received was N7 million and that was after the government created LCDA (local council development area) while N2.5 million was given to the LCDA, so what I actually got to us was N4.5m,” she said

“So which road could we have done with this? Remember it was a few days that I got into office that I completed the council secretariat with the belief that they would help us tar the road. They only promised to do that but failed to do it despite removing millions from our allocation to repair the road.”

In Nigeria, agitations for local government’s independence have been louder in recent times considering how this third tier of government has become subservient to state governors across the country.

The President said the governors have totally destroyed the local government system by embezzling the funds meant for development through the State and Local Government Joint Account.

Buhari also lambasted the governors for trying to push their responsibility to others, while they were busy collecting the larger percentage of money meant for local governments and giving very small fractions of the money to the local government chairpersons.

2023: PDP Is coming To Save Nigeria From Total Collapse, Says Senator Anyim 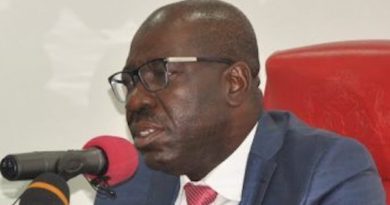