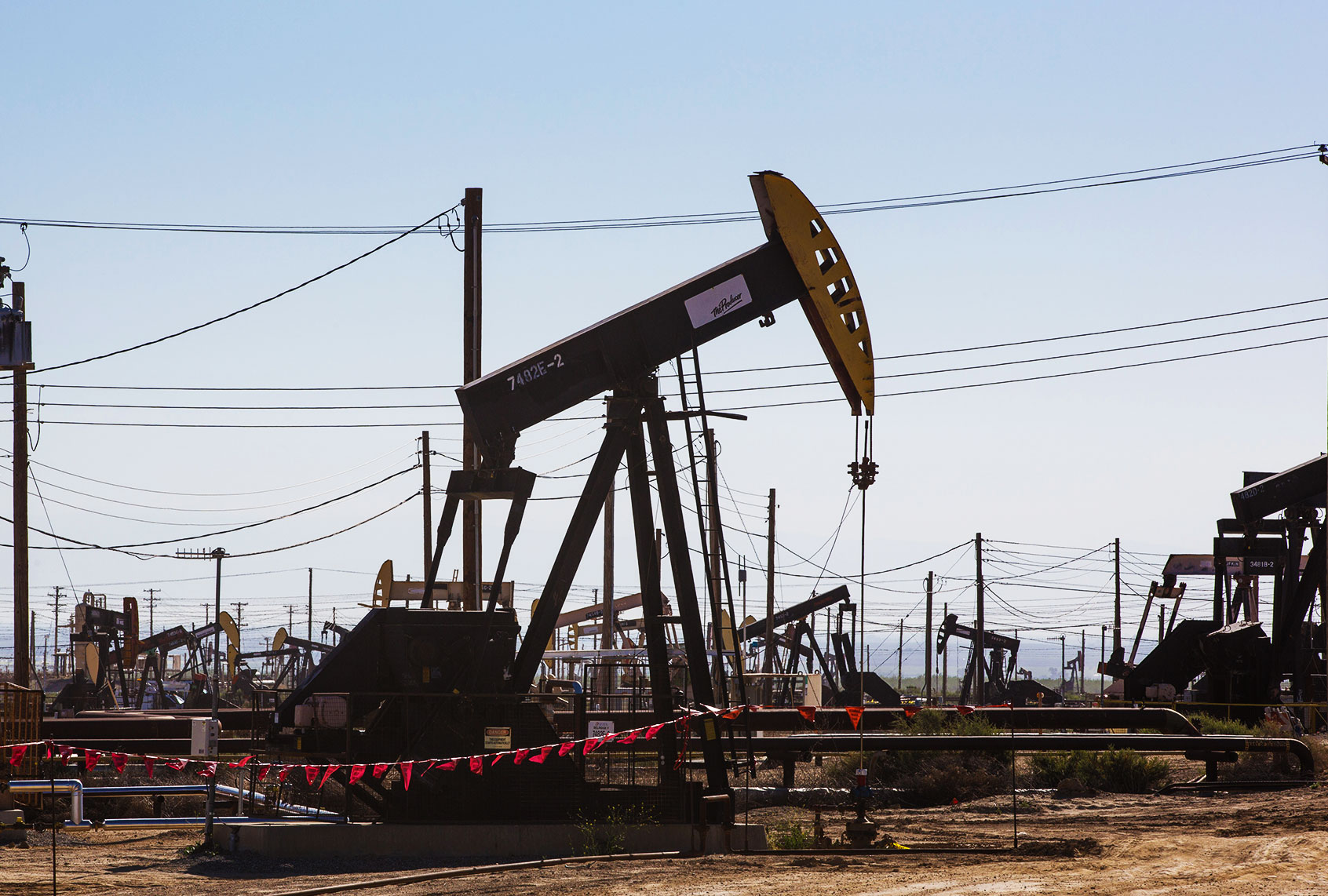 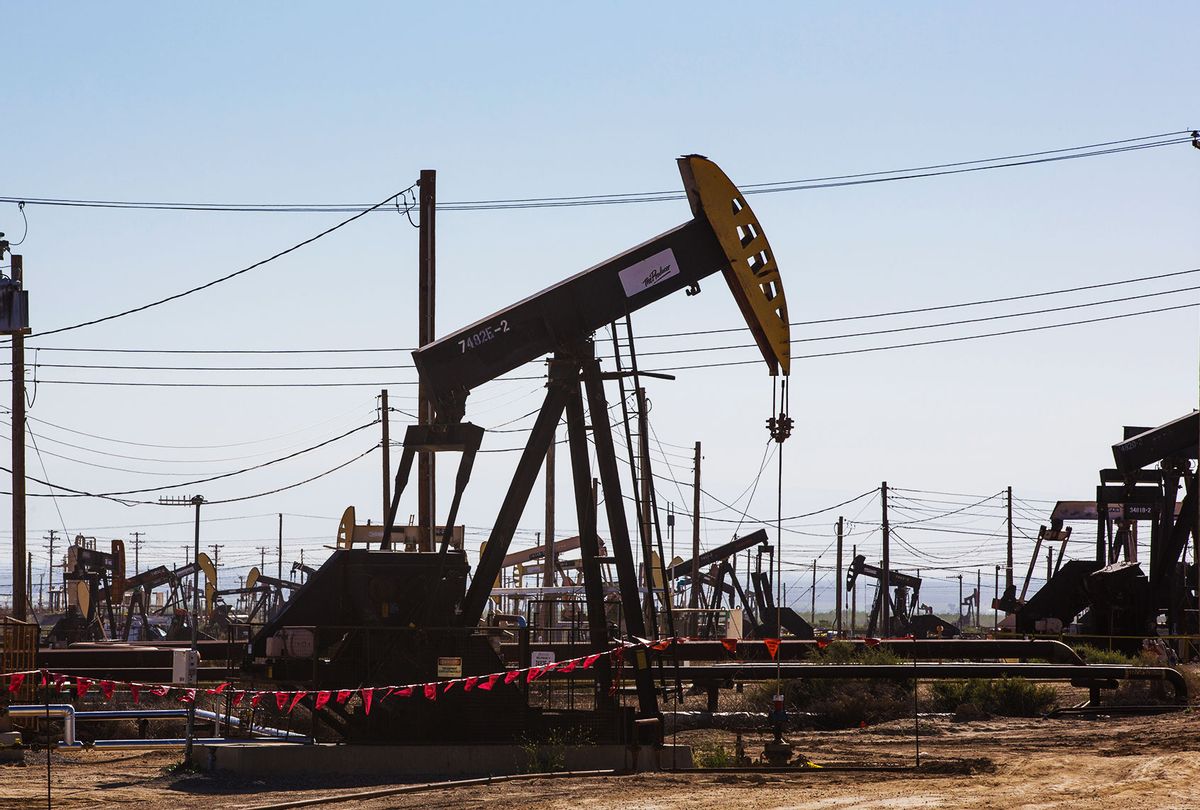 Within minutes they’ll be croaking about that time back in 2008 when Maxine Waters — a Black woman with power and therefore the most terrifying thing Republicans can imagine — threatened oil industry CEOs who were giving Congress deliberately deceptive and incomplete answers with “socializing… taking over and the government running all your companies.”

Immediately, Fox News was all over it, as were dozens of right-wing sites.

They completely ignored (or never knew) the long American history of taking over industries during a time of national crisis.

As we re-enter a cold war with Russia and face unprecedented human death and property damage from climate change, it’s hard to claim we’re not in the midst of a national crisis that has fossil fuels at its foundation.

We’re at least 40 years behind where we should be in dealing with the fossil fuel/global warming crisis because giant oil companies have run massive disinformation campaigns while funding the political careers of hacks in Congress willing to lie to the public for them.

RELATED: Panic over spike in energy prices reveals how unprepared Americans are for a gas-free future

Jimmy Carter, for example, declared a national crisis in 1979 and proposed legislation to create “this nation’s first solar bank, which will help us achieve the crucial goal of 20 percent of our energy coming from solar power by the year 2000.”

Franklin D. Roosevelt had sold bonds to the public to fund a government corporation that would develop synthetic rubber for fighter jet tires back in the day, and Carter wanted to do the same to end our dependence on fossil fuels: “Just as a similar synthetic rubber corporation helped us win World War II,” Carter said, “so will we mobilize American determination and ability to win the energy war.

In that same July 15, 1979 speech, he proposed the government issue bonds that would fund:

[T]he creation of an energy security corporation to lead this effort to replace 2-1/2 million barrels of imported oil per day by 1990. The corporation will issue up to $5 billion in energy bonds, and I especially want them to be in small denominations so that average Americans can invest directly in America’s energy security.

It all came crashing down 42 years ago this coming January when the fossil fuel industry’s candidate, Ronald Reagan, replaced Carter, killed the solar bank and the bond program, and even took Carter’s solar panels off the roof of the White House.

If ever there was an industry that merited nationalization, the fossil fuel industry is it. They manipulate prices to both enhance profits and swing elections, bribe their way through the halls of Congress, and pump out a steady stream of lies about climate change. All while pouring hundreds of billions into the money bins of their morbidly rich CEOs, shareholders and senior executives.

America has a long, proud history of taking on companies that put profit before the public good — and we could take over the Big Three oil companies for less than $500 billion.

America has a long and proud history of taking on companies that put profits over the public good during a time of crisis. And we could acquire controlling interest of the nation’s three largest fossil fuel players — ExxonMobil, Chevron and ConocoPhillips — for, according to Robert Pollin, writing at the American Prospect, fewer than a half-trillion dollars.

For less than a quarter of the cost of Trump’s billionaire tax cuts we could rapidly move a long way toward saving our nation and the world from climate destruction. But is it even possible? Turns out that history says an emphatic yes.

During the crisis of World War I, President Woodrow Wilson nationalized the country’s railroads, phone companies and telegraph operators. He did the same with the nation’s radio networks and radio stations. All were returned to private ownership after the war, but that temporary nationalization helped get America through the crisis.

After FDR died, Harry Truman continued seizing companies that were using the war as an excuse to jack up profits to the detriment of the nation. He nationalized meatpacking facilities across the country, the Monongahela Railroad Company, the nation’s steel mills and hundreds of railroad companies.

As with Wilson’s nationalizations, nearly all were returned to the private sector after the war was over, although it took until 1965 before all were privatized. Many had had their boards of directors and senior management replaced with people who’d put the interests of the nation ahead of their greed for profits.

In the 1970s, in the wake of the collapse of the Penn Central Railroad, Richard Nixon oversaw the voluntary nationalization and transfer of 20 railroads into the newly created National Rail Passenger Corporation, now known as Amtrak.

In 1974 Congress created another nationalized entity to deal with freight rail, the Consolidated Rail Corporation (Conrail), which absorbed dozens of failing rail companies. Conrail was government held until 1987, when it was privatized in what was then the largest IPO in American history.

In 1984, when the Continental Illinois National Bank and Trust Company was in a crisis, Ronald Reagan’s administration oversaw the FDIC nationalizing it by acquiring an 80 percent ownership share in the company; it wasn’t re-privatized until 1991, and was bought by Bank of America in 1994.

Also in the 1980s, after Reagan recklessly deregulated the savings & loan industry, bankers made off with billions, leaving the wreckage of crushed S&Ls all across the nation.

When the government agency that insured them, FSLIC, went bankrupt itself in 1987, Reagan and Congress created an umbrella agency — the Resolution Trust Corporation (RTC) — to nationalize 747 of America’s S&Ls with assets of more than $400 billion. Their assets were sold back into the private market in 1995 as the RTC shut itself down, having averted a 1929-style banking crisis through temporary nationalization.

When George W. Bush was handed the White House by five Republican appointees on the Supreme Court, the nation’s airline security system was entirely in private hands.

They failed miserably on 9/11, so Bush didn’t even bother with the normal acquisition process that would protect the hundreds of small contractors running security at airports across the nation: he simply nationalized the entire system and created a government agency, the Transportation Security Administration (TSA), to take over airport and airline security.

Congress had deregulated the nation’s banks in 1999 when Republicans pushed through an end to the Glass-Steagall Act and Bill Clinton signed it into law. The resulting banking system crash in 2008 forced the Bush administration to nationalize the country’s two largest mortgage lenders (which held about 40% of all U.S. mortgages), Freddie Mac and Fannie Mae.

The Bush administration then additionally nationalized a 77.9% share in AIG, a 36% share of Citigroup and a 73.5% share of GMAC, forcing out GM CEO Rick Wagoner, who’d been a particularly terrible manager of that company and was actively lobbying against what Bush thought were America’s interests.

As Barack Obama came into office in 2009, General Motors and Chrysler were on the brink of collapse. His administration created a new company, NGMCO, Inc., which nationalized the assets of GM and was 60.8% owned by the federal government.

GM was finally fully re-privatized by the Obama administration in 2013. Chrysler went through a similar process, although both the UAW and the Canadian government were part owners when it was temporarily nationalized.

Thomas M. Hanna, Director of Research at the Democracy Collaborative and author of “Our Common Wealth: The Return of Public Ownership in the United States,” compiled most of the data above in a brilliant paper titled “A History of Nationalization in the United States 1917-2009.”

Toward its end, he summarizes brilliantly the case for nationalizing — perhaps only temporarily — America’s largest oil and gas companies:

In such times of political and economic crisis, policymakers of all ideological persuasions in the United States have never been hesitant to use one of the most powerful tools at their disposal: nationalization of private enterprises and assets.

Today’s climate crisis dwarfs the threat of Nazism in the 1940s, Bin Laden’s 9/11 attack or the massive bank robberies that took place during the Reagan and Bush administrations. It literally threatens all life on Earth.

Yet the fossil fuel industry continues to fund climate denial and lobby against any meaningful solutions, as we saw when every Republican in the Senate, along with Joe Manchin, killed the $500 billion investment in clean energy the Biden administration proposed in its Build Back Better legislation.

Squeals of “socialism!” and “Venezuela!” aside, we know how to nationalize industries that are working against our nation’s interests and have done it before, repeatedly.

Read more on the fight for green energy:

Yeah, Biden is a bit like Jimmy Carter — but not for the reason right-wingers think