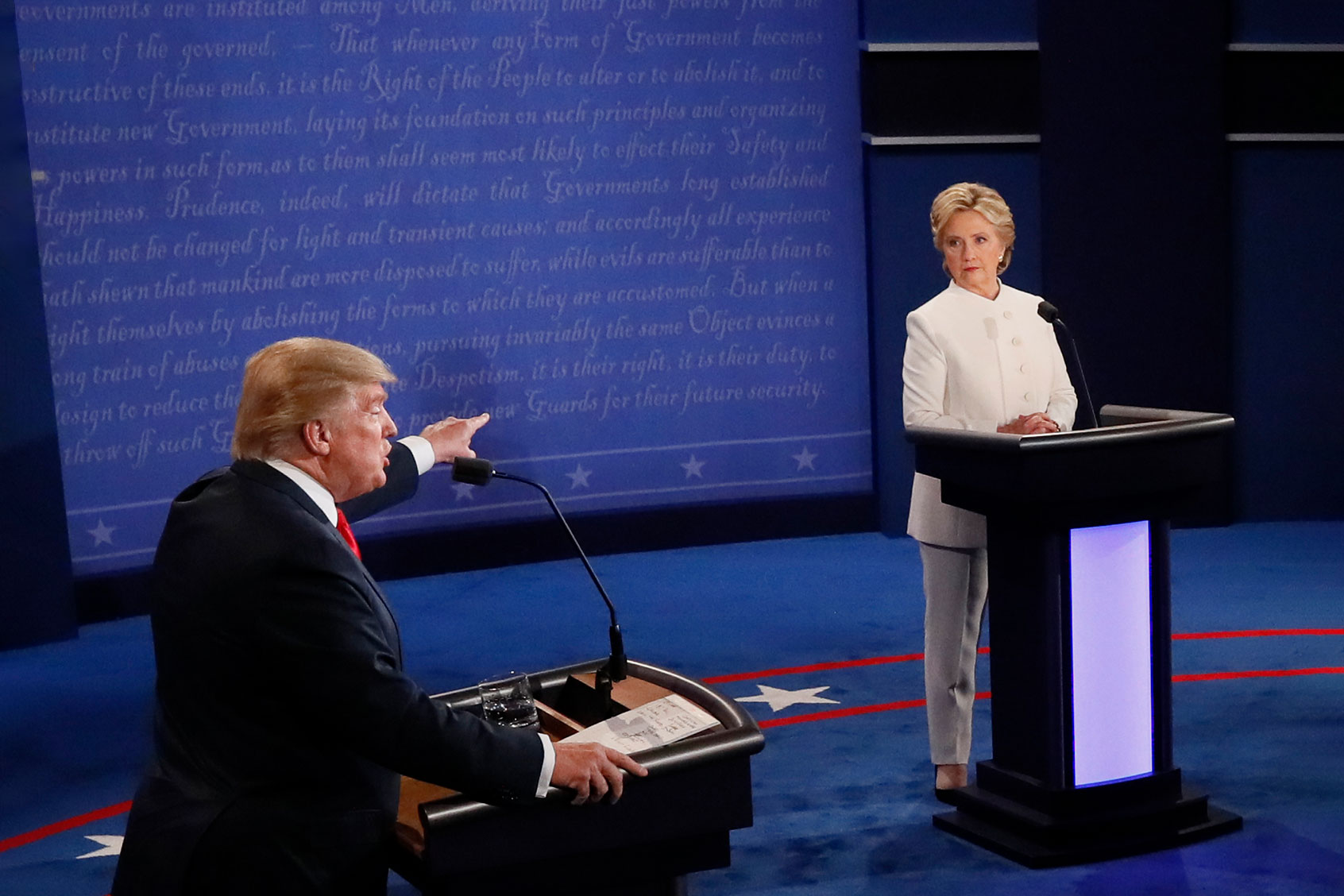 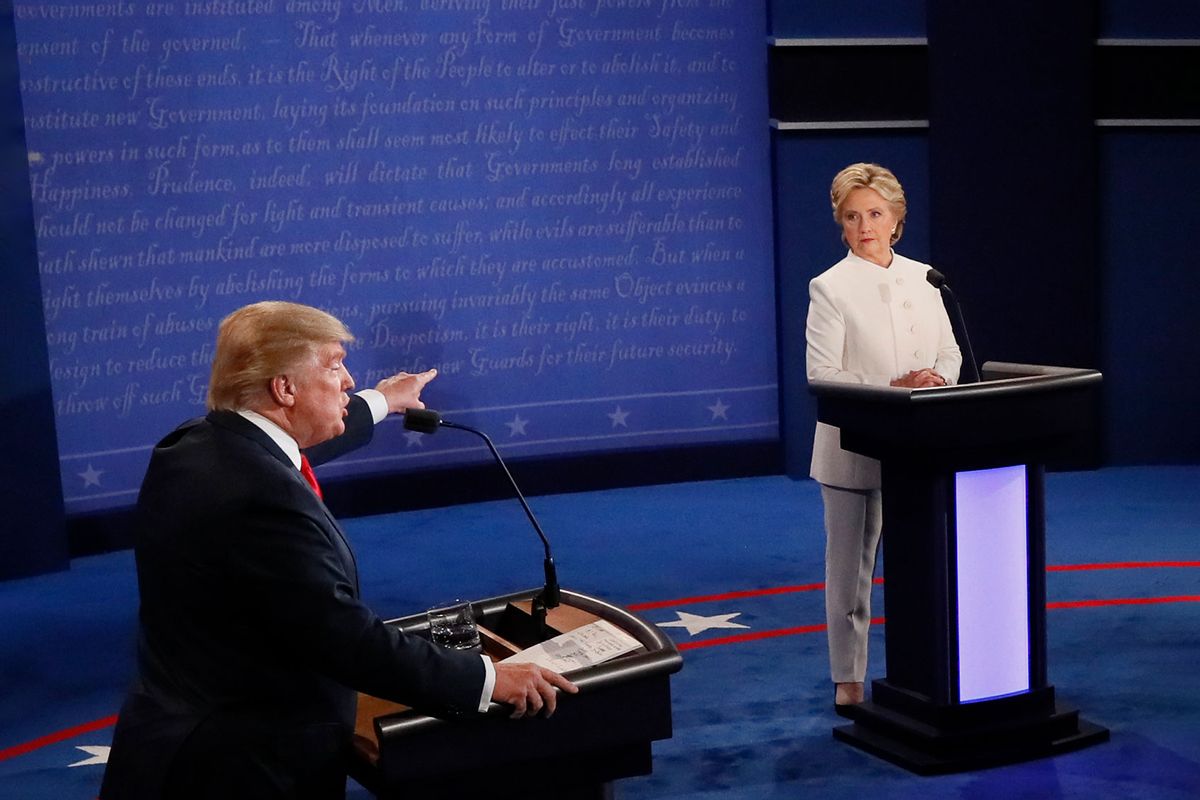 Donald Trump filed a lawsuit on March 24 in U.S. District Court in the Southern District of Florida charging Hillary Clinton, the Democratic National Committee, former British intelligence officer Christopher Steele and various other people with attempting to rig the 2016 election by tying his campaign to Russian meddling.

Among multiple grandiose claims, the suit alleges both “racketeering” and “conspiracy” to commit injurious untruths: “Acting in concert, the Defendants maliciously conspired to weave a false narrative that their Republican opponent, Donald J. Trump, was colluding with a hostile foreign sovereignty.” Trump seeks both compensatory and punitive damages, and claims he incurred expenses of at least $24 million “in the form of defense costs, legal fees, and related expenses.”

This comes straight out of the Trump playbook of suing and countersuing, and references a long list of grievances that Trump has been repeatedly airing since he was elected in 2016, not to mention his continued false claims that his 2020 defeat was the product of widespread fraud and conspiracy.

Ordinary people who get caught up in lengthy legal battles, on whatever side of the conflict, generally find the experience to be costly to their pocketbooks, reputations and mental wellness. As someone who has been involved in more than 4,000 legal battles since 1973, Trump is clearly an exception to the rule.

He loves litigation as much as his cans of Diet Coke or boxes of fast food burgers or 36 holes of golf twice weekly. As a real estate tycoon, entrepreneur, entertainer and politician, Trump boasts: “I’ve taken advantage of the laws. And frankly, so has everybody else in my position.”

Trump’s modus operandi, whether in politics or litigation, has always been about “the pot calling the kettle black” — or perhaps, in psychological terms, about projection. Here we have a situation where the actual racketeer and conspirator who has escaped two impeachments, the latter for having unsuccessfully conspired to steal the 2020 election, is predictably alleging racketeering, conspiracy and victimization by his opponents.

For Trump, litigation as a weapon has always been about attracting attention, exercising economic pressure, wearing down opponents and letting everyone know not to mess with the Donald. It’s rarely about the facts or the law.

As litigator in chief, Donald Trump has been in a league of his own. In some 60 percent of 3,500 lawsuits, Trump has been the suing plaintiff rather than the sued defendant. His win-loss record is undeniably impressive: He has won 451 times and lost only 38.

As a defendant, Trump has persuaded judges to dismiss some 500 plaintiffs’ cases against him. Hundreds of other cases have ended with unclear legal resolutions, according to available public records.

Trump has sued and been sued by personal assistants, celebrities, mental patients, prisoners, unions, rival businesspeople and his own family members.

Since the 1970s, he has been sued for race and sex discrimination, sexual harassment, fraud, breaches of trust, money laundering, defamation, stiffing creditors and defaulting on loans.

In turn, plaintiff Trump has sued people for fraud, breach of trust, breach of contract, violation of the Racketeer Influenced and Corrupt Organizations Act, for government favoritism, and for misappropriation or adulteration of the Trump name.

Once again, it seems that Trump’s weaponization of the law is paying off. It now appears almost certain that neither the district attorney in Manhattan nor the U.S. attorney general will ever criminally charge Trump for his crimes of racketeering or insurrection.

Roy Cohn, who was the first of Trump’s personal attorneys and “fixers” to be disbarred or suspended for lawless conduct — followed by Michael Cohen and Rudy Giuliani — taught Trump the art of the linguistic lie as a way of moving through life, business, politics and the law.

Trump’s primer on the law included Cohn’s three rules of litigation: Never settle, never surrender; counterattack immediately; no matter the outcome, always claim victory. Over the course of his litigious life, Trump was better at adhering to the latter two rules than the first, because the social reality of legal facts often dictates settling.

Cohn also taught Trump other related lessons, including but not limited to focusing on short-term victories, employing any unscrupulous means necessary to achieve them, doing end-runs around the judicial system, fixing disputed outcomes and the value of always defending yourself by going on the offensive.

As Cohn’s apprentice, Trump would eventually take the art of his the lie to an even higher (or lower) level than Cohn himself or Trump’s father, Fred Trump Sr., who was also a serial fabricator of the truth, could possibly have imagined.

Read more from Salon on the previous president: